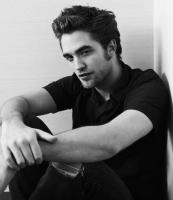 See the gallery for quotes by Robert Pattinson. You can to use those 8 images of quotes as a desktop wallpapers. 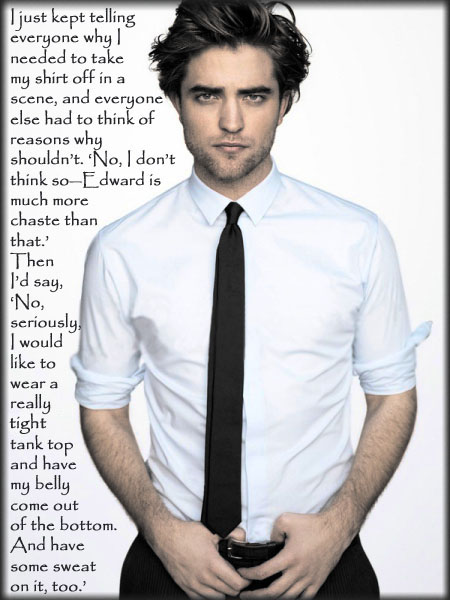 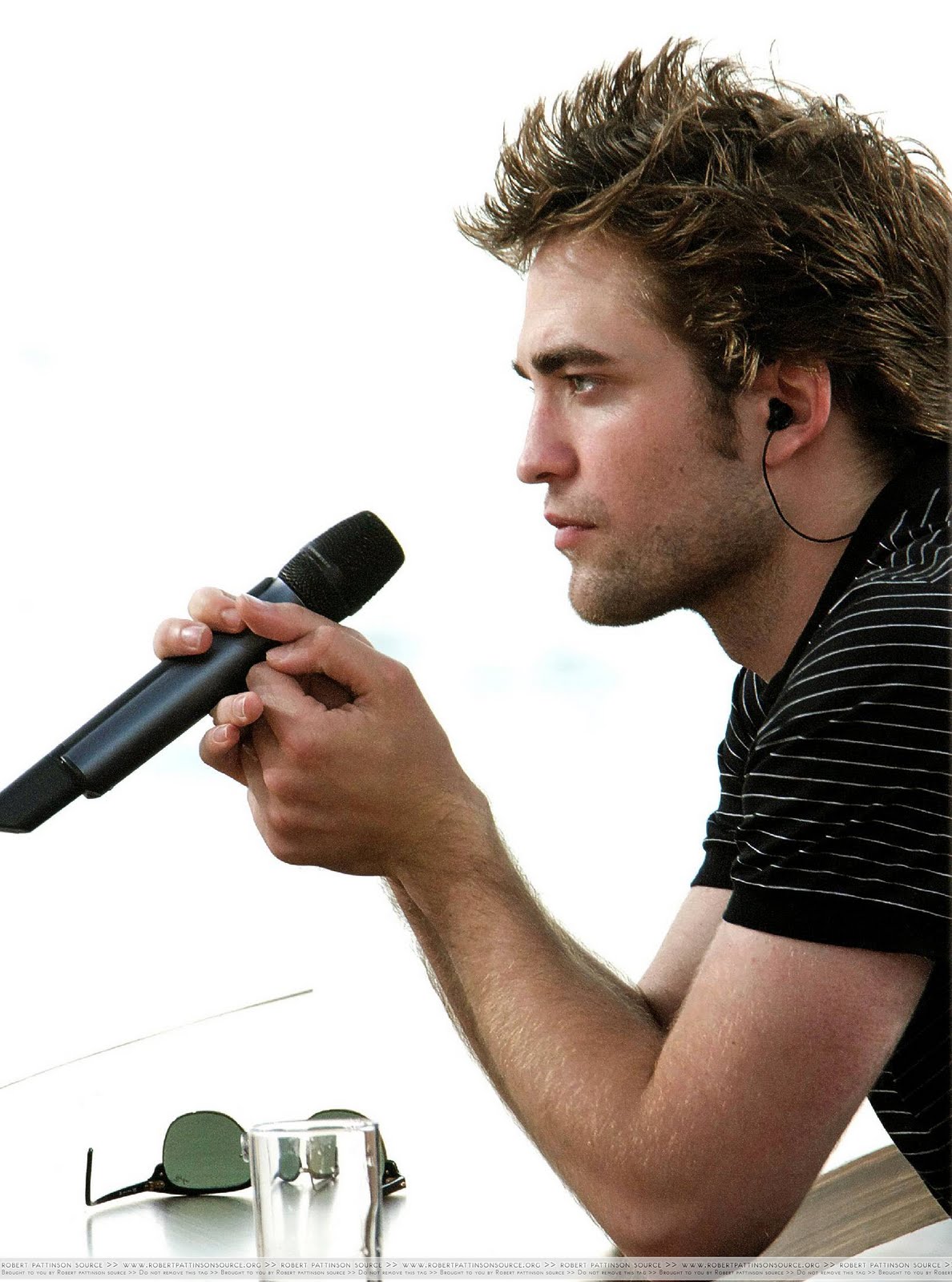 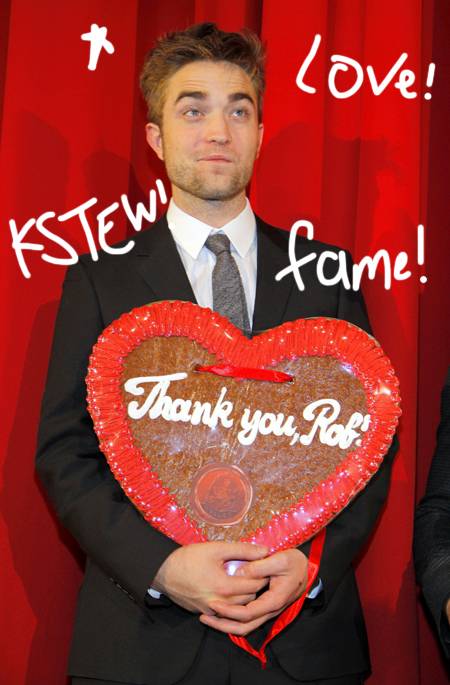 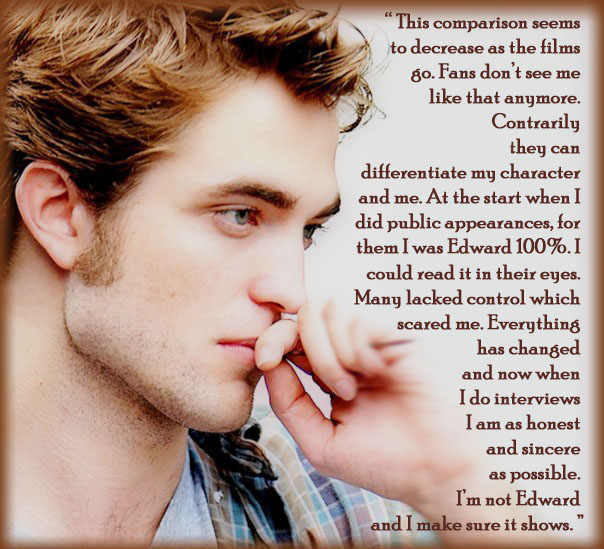 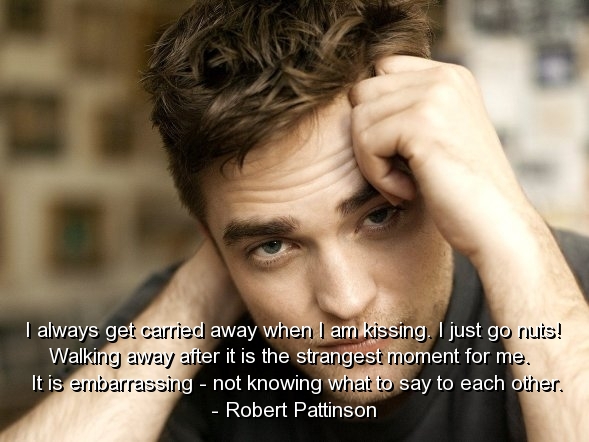 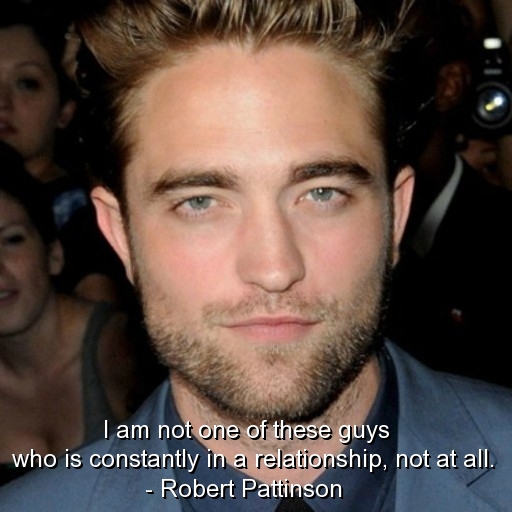 If it's just screaming - and I know this sounds so ridiculous - that gets old. But sometimes when there's literal chaos, it's like being in a war zone, and that's kind of exciting. You're just running through the crowd of people chasing after you and no one knows what's going on.

Sometimes just when I say hello the right way, I'm like, 'Whoa, I'm so cool.'

I have been lucky, of course. Like, last year, if I went out, I'd have to fight to chat someone up. This year, I look exactly the same, which is really scruffy, and yet lots of people seem to have just changed their minds and decided I'm really sexy.

I always get carried away when I'm kissing. I just go nuts! Walking away after it is the strangest moment for me. It's embarrassing - not knowing what to say to each other.

Tags: After, Away, Moment

I wanted to play piano in restaurants in the south of France. I went there on holiday once and I saw this guy playing in an old tuxedo. He was all disheveled, with a whisky glass on the piano. I thought that was the coolest thing. So what's happened to me with 'Twilight' isn't really what I'd planned.

When I was flying to Rome, we flew over London; I felt like bursting into tears. It's part of me, so I can't leave London behind for good.

This thing with everyone knowing you, it's weird, because people have this one-sided relationship where they look at your picture and feel they know you more than someone they actually know. I don't really know myself that well.

Tags: Everyone, Knowing, Someone

I'm not one of these guys who's constantly in a relationship, not at all.

My little cousin tells me I look like Magneto so I guess that's who I should probably play.

I have very, very low expenditures, but still I manage to spend it all. I guess Hot Pockets are more expensive than I thought.

I really like Nicki Minaj. I think she's great.

I'm, like, a compulsive eater. I'm going to be so fat when I'm older, it's ridiculous.

In America there is a channel called TruTV which is just reruns of 'Cops' and 'World's Dumbest Criminals'. I could watch that the entire day.

My dad says he likes to bask in my glow.

I haven't really decided to be an actor yet! I started doing plays when I was about 15 or 16. I only did it because my dad saw a bunch of pretty girls in a restaurant and he asked them where they came from and they said drama group. He said, 'Son, that is where you need to go.'

I did this movie about Salvador Dali a few years ago and had hair extensions and a little bob. That was incredibly bizarre.

I never really considered myself attractive. I was always kind of gangly in school.

I'm afraid of buying a house or anything, 'cause if there's one paparazzi outside for one day, then they'll never leave.

If you took away publicists and things and people spoke for themselves, then they'd have to be responsible for their words.

Tags: Away, Themselves, Words

My biggest problem in my life is I'm cheap and I didn't hire a publicist. In every awkward interview, normally actors get these things scripted.

I'd read the book and liked the book, but it made me really uncomfortable trying to picture myself in this part. Here's this guy who seems to be the embodiment of every single perfect guy.

I have so much residue crap in my hair from years and years of not washing it and not having any sense of personal hygiene whatsoever. Even today, I go into these things where I'm supposed to be this sexy guy or whatever, and I'm literally asking, 'If I get plumes of dandruff on me, can you just brush it off?'

Much more quotes by Robert Pattinson below the page.

I started doing a paper round when I was about 10. I started earning 10 pounds a week and then I was obsessed with earning money until I was about 15.