See the gallery for quotes by Sally Kirkland. You can to use those 6 images of quotes as a desktop wallpapers. 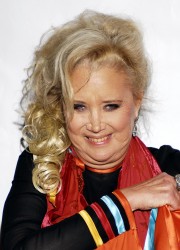 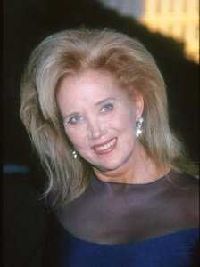 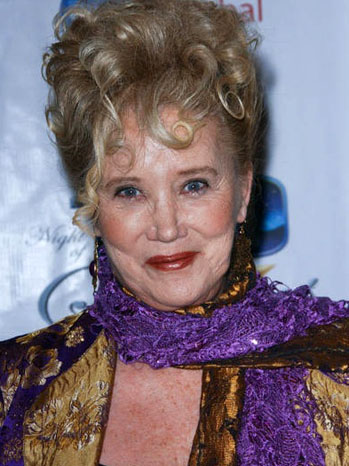 I think that souls agree to come in and do what they're going to do and then leave when they're going to leave. So there's nothing tragic when a soul leaves. I think it was already preordained.

I think you can really tell a good actor if you can put a camera on them and they can just talk and emote and react and you don't have to keep cutting away from them, because they are the language and the behavior. It's all a tour-de-force performance.

My point is that, over the years, I've taught five thousand people acting and lately I have a lot of energy on these kids, having the same break I had as a high school girl.

So, I think that Marilyn, what she gave the world, and in many ways Kennedy too, was that they had dreams and they didn't allow anybody to take away their dreams.

Tags: Away, Dreams, She

When I was growing up watching Marilyn Monroe, I learned that you can be very beautiful, very glamorous and very vulnerable and not give up your soul just because you were a movie star.

I had no idea that he was going to write that, but I've always believed that insecurity was what would keep you always in your innocence, no matter what the business did.

My attitude is always one of sensuality, aggressive enthusiasm and a kind of outrageousness in my expression.

I suppose if I wanted to be the girl next door, I could have been. I think America is confused by someone who appears to be sexual and spiritual at the same time.

I always told, Sandra Bullock was my student when she was younger, I always told her it's important that we hold on to our insecurity, the wisdom of insecurity.

Everyone should have a moment with Ron Howard in their life to give you faith in our industry.

I certainly was one of the instigators in the 1960s of freedom of expression.

I have married thriteen couples. I'm about to do a marriage next month.

I have some great stories and I will get around to writing a book.

I made a conscious decision back then that I would rather be the best actress who ever lived than the most famous one.

I really think that women should be allowed to be more European, in this country.

I taught Sandra Bullock when no one knew who she was. I talked her out of quitting. I put her in a showcase.

I'm on Governor Gray Davis' California Alliance Towards Education to bring the arts back to high schools.

In Europe you can be Sophia, you can be these older women who are considered very sexy.

In the case of Marilyn and John Kennedy, I think they did affect change.

Much more quotes by Sally Kirkland below the page.

My activism and sexual revolution in New York was a factor.

Probably what my comment meant was that I don't care about the circumstances if I can tell the truth.

She was a genius, my mother.

So I have this ability, if I may say so, to spot talent.

The only thing that I could think of to do was to be an actress.

With my ministry of light, part of what I do is work on the California Alliance For Arts Education.

A lot of my joy this year has been to give away awards to young people, no matter of race, creed or color, because they were a terrific violinist or a terrific dancer.

I had art as a major, along with English, French and History. I had dance, modern dance. In English I was allowed to write my own poetry, which I eventually got published.

Fights in real life between real people only last so long before someone gets seriously hurt.

If I'm grumpy I sure do enjoy writing The Walking Dead.

I definitely have character arcs in mind for each character unless I kill them.

I don't presume to think I'm great at anything.

I have trouble writing if I can't picture how things are going to look.

I like good stories above all else... and kickin' art really goes the final stretch to ensure a comic is good.

I make a lot more off the trades and Image than Marvel.

I think Walking Dead is more of a stretch for me because I'm a light hearted superhero kind of guy.

I will work on Invincible until I am made to quit.

I write the way I write.

I'm all for selling books, but when guys are burning my house down, that's where I draw the line.

It's nice to know that what you're doing is being read and enjoyed by a good deal of people.

It's no secret that I love the Ultimate line.

June 2005 is the five year anniversary of the debut of Battle Pope.

Last year I think I made more from my Image books than anywhere else.

Well see, I'm a good enough writer that not everybody in my books talks exactly like I do.

I have things planned for every character like what they're doing down the road and coming to different realizations but I don't have how they overlap.

I know there are a lot of readers that think I've got a very crappy marriage just because of the things going on with Rick and Lori but there's really nothing that's been like a mirror. I'm just making this stuff up.

I think Walking Dead is one of the friendliest new reader type books in that every time a new trade is shipped out, a new issue is shipped out at the same time.

I want to spend my time exploring the characters we've already got here. I want to give them more time to shine before the team gets to have 400 members.

I will say that Rick will probably die before the end of the book. I'll go ahead and put that in print. Nobody's safe. I've almost killed him three times already.

I'm only 24 so I like to think I'm still close enough to 17 to still remember what it was like. Besides, I could just fake it and get away with it... it's not like there are any teenagers that still read comics.

Tech Jacket shares the same tone as Invincible, but the subject matter is very different. Where Invincible is about perfection, Tech Jacket is about flaws.

The important information you need at the beginning of an issue. Like way they did the old Frank Miller Daredevil issues in the first five pages he always had to state his origins and how he got his powers.