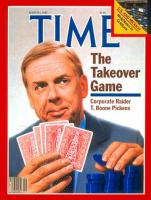 See the gallery for quotes by T. Boone Pickens. You can to use those 8 images of quotes as a desktop wallpapers. 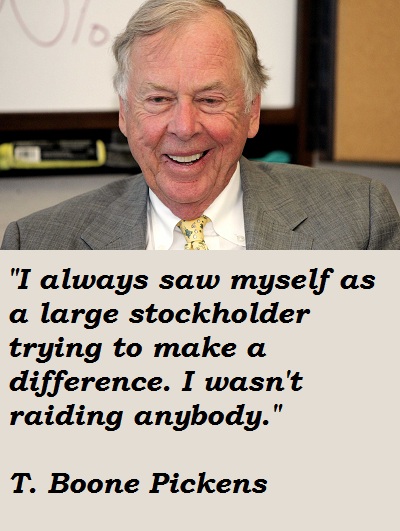 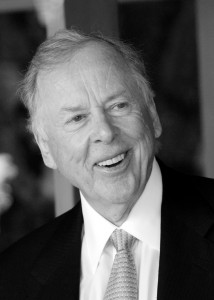 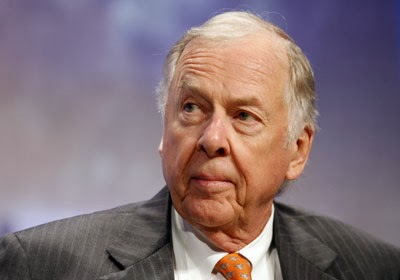 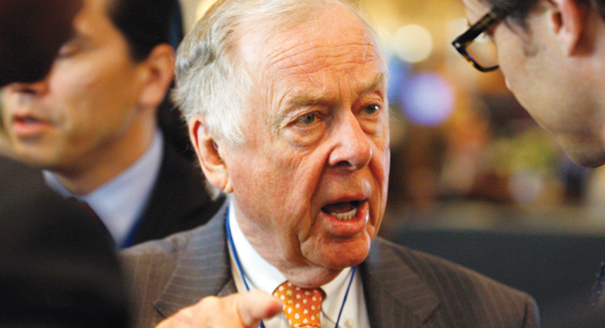 Natural gas is better distributed than any other fuel in the United States. It's down every street and up every alley. There's a pipeline.

The American people know something is wrong as far as energy is concerned. They don't think they are being told the truth.

The cheapest natural gas in the world is in the United States.

There is no free market for oil.

We're going to have shortages and prices are going to go up. Gasoline is going to be extremely tight for us.

You give the money where you want it.

Chief executives, who themselves own few shares of their companies, have no more feeling for the average stockholder than they do for baboons in Africa.

Far too many executives have become more concerned with the 'four P's' - pay, perks, power and prestige - rather than making profits for shareholders.

I do believe that oil production globally has peaked at 85 million barrels. And I've been very vocal about it. And what happens? The demand continues to rise. The only way you can possibly kill demand is with price. So the price of oil, gasoline, has to go up to kill the demand. Otherwise, keep the price down, the demand rises.

I don't go cheap on anything, but I'm not a shopper. If I want something, I look at it, decide what it is, but it will usually be the best product. I've got a pair of loafers that I still wear that I got in 1957.

I don't like stock buybacks. I think if a company has the money to buy their stock back, then they should take that and increase the dividends. Send it back to the stockholder. Let them invest their money again from the dividends.

I don't think for a minute we went to Iraq for oil. It just so happened that it had oil. But I think we'll come out of the Iraqi situation with a call on their oil at market price.

I'm amused when Congress tries to place the blame on somebody but never themselves. I've never heard any of them ever say, 'I've made a mistake.' I do. I say I called it wrong. But they just try to find somebody to blame.

It's important to understand that oil and renewables do different things. Wind and solar are for power generation, so they don't replace oil. About 70% of all oil produced is used for transportation fuel. Renewables are good projects, but they don't get us off of foreign oil.

Natural gas is the best transportation fuel. It's better than gasoline or diesel. It's cleaner, it's cheaper, and it's domestic. Natural gas is 97 percent domestic fuel, North America.

There's no question that tar sands in Canada are probably the largest source of oil available to the U.S. over a long period of time. There's as much oil in the tar sands probably as there is in Saudi Arabia. The problem is, there's a huge capital requirement to develop that.

To me, emails are a little bit frustrating. I think that the telephone is much preferred because you get the sound of the voice and the interest and everything else you can't see in an email.

You can't invest in natural gas on a daily basis. It's too volatile. But if you think of natural gas as a long-term holding, then you push your profit horizon out. A long-term time horizon would be at least two years.

I don't care whether you use natural gas, ethanol, the battery. You can use anything, just so it's American.

I'm a Republican. I don't want to go to heaven and have to face my family up there and tell them I voted for a Democrat.

Try everything. Do everything. Nuclear. Biomass. Coal. Solar. You name it. I support them all.

Much more quotes by T. Boone Pickens below the page.

I think I have more patience now than I did in the past.

As long as there's political uncertainty around the energy space, stock prices will come down.

Big Oil is a club, and they'll do everything to keep me out.

I always saw myself as a large stockholder trying to make a difference. I wasn't raiding anybody.

I don't believe in a price on carbon, because the government is going to control it and they're going to fail.

I don't need any more money.

I fracked over 3,000 wells in my life and never had a problem with an aquifer.

I have always believed that it's important to show a new look periodically. Predictability can lead to failure.

I never did anything dishonest.

I was very fortunate in my gene mix. The gambling instincts I inherited from my father were matched by my mother's gift for analysis.

I'm focused on energy only. And I know what I'm talking about. And I don't want to be distracted on other things.

I've always believed that it's important to show a new look periodically. Predictability can lead to failure.

I've been married over 50 years of my life.

I've got an opinion on everything.

If somebody I don't like gets in the crosshairs, I pull the trigger. But I don't hunt for them.

If you can provide the funding and you get the leadership, you'll have a competitive team.

If you don't have a refinery operating, it's hard to use oil that's available.

In the history of America, we've never had an energy plan. We don't even realize the resources we have available to us.

It has become cheaper to look for oil on the floor of the New York Stock Exchange than in the ground.

Natural gas is a better transportation fuel than gasoline, so if that's the case, it's cheaper, it's cleaner and it's a domestic resource.