See the gallery for quotes by Timothy Olyphant. You can to use those 8 images of quotes as a desktop wallpapers. 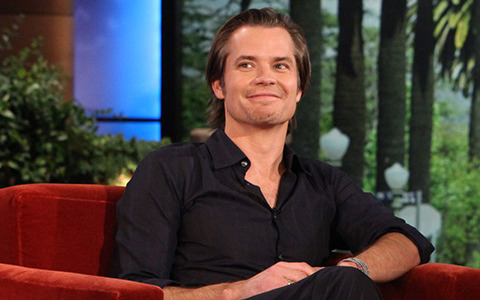 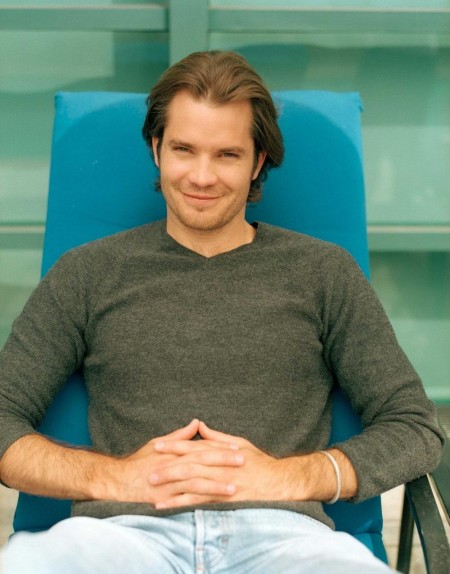 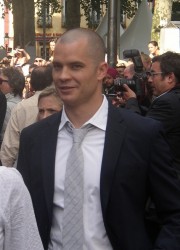 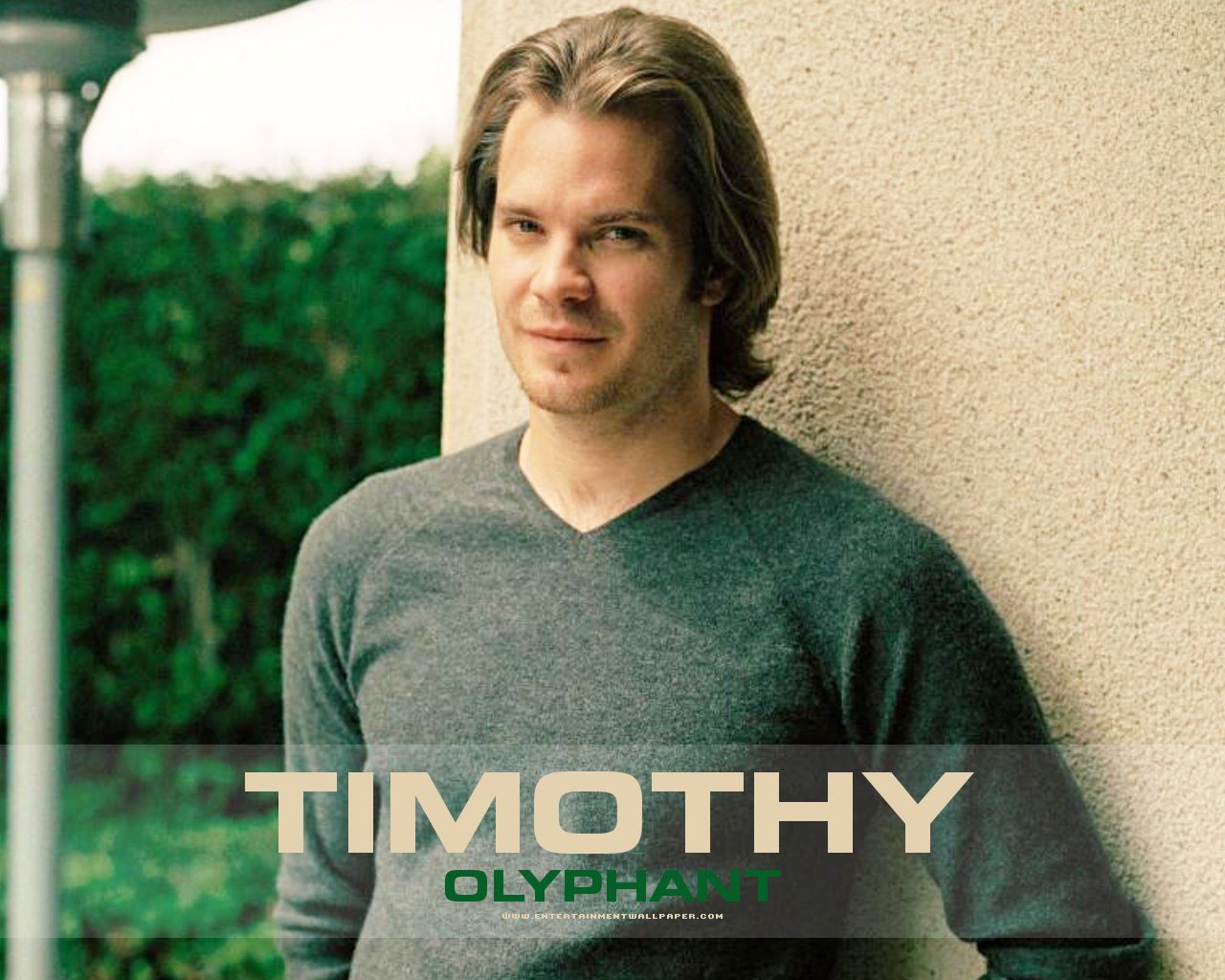 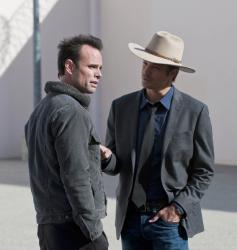 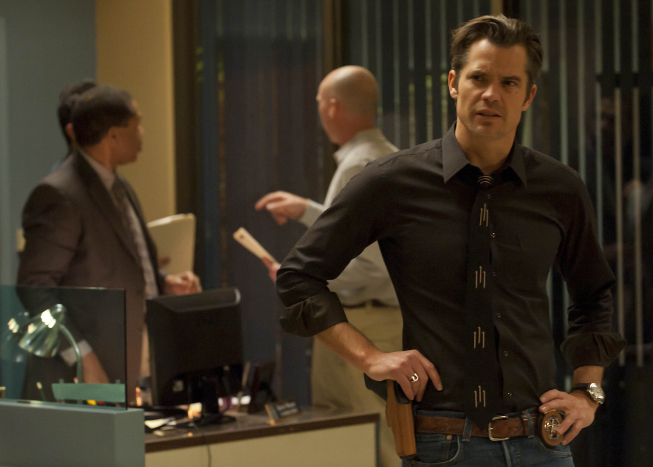 Um, accidents happen. Especially if there's a co-star that you're not that fond of - you might 'accidentally' deck him. But no, I'm a professional. I'm just saying that can happen.

You know, after filming the movie the book was still just as big. I think it was actually bigger. I think Stephen King went back and wrote extra pages. He's fantastic.

The basic thing a man should know is how to change a tyre and how to drive a tractor. Whatever that bearded dude is doing on the Dos Equis beer commercials sets the bar. That's your guy. Every man should be aiming to be like him. The beard is just the tip of the iceberg.

Tags: Change, Him, Whatever

It's easy to be quick on the draw when no one has got real bullets.

I think at this point in my life, I'd like to play more good guys than bad guys.

People love to be scared. I guess it's a primal deal.

Sometimes, people aren't as consciously aware of their decisions as they should be.

I remember years ago being on the set of 'Dreamcatcher' and not only did I have such great admiration for Morgan Freeman and was just thrilled to be around him, I was struck by the fact that he seemed to be having perhaps more fun than I was at his job. And I thought, 'Well, that's very promising.'

I punch a lot of guys on set. It's much easier than in real life as your hands don't hurt afterwards. The key is that you miss.

On 'Justified,' we're driving all around Southern California trying to find a location that we can call Kentucky.

Usually, in romantic comedies, you end up sacrificing a great deal of the complexity - you know, just two attractive people and a good soundtrack.

What am I going to wear to the Emmys? Something with a tie.

You know, what a producer does is one of the great mysteries in life, so anyone can be one.

As far as the leading man/romantic lead, I'll tell you what, I really enjoyed my experience more than I thought or imagined I would on 'Catch and Release.' God bless them if they want to give me another shot at that. I would love to have that as something I can go to on occasion.

Being an actor: that's a pretty big net. That's a big playing field. The Screen Actors' Guild is filled with many, many, many, many people and vastly different careers.

Honestly, I feel like I spent the last 10 years just trying to work, just get my hands on the best material I could. I'd like to say that it was quite calculated and genius, my ability to take one step forward and two steps back.

I didn't inherit any great success and the problems that came with it, and yet I was able to keep working and supporting myself and later a family. I'm crazy fortunate.

I'm attracted to roles that are unpredictable, and if I can get my hands on something like that, I'm thrilled. I like performances where you don't know what's coming, moment to moment.

I've had lots of parts in movies that I've never seen. I mean no disrespect to them. It was really fun to go act, but I'm not calling my friends and saying, 'I couldn't be more proud of this picture. You should go see it.'

It's changed throughout the years, but at one time I was a really big bubble gum ice cream fan. I'd spit the bubble gum pieces in a cup and then collect them.

It's great if a pilot starts off great and if it doesn't start off so great it's not that big a deal: everybody's baby is born ugly. But you want to know, if given the opportunity: Where are we going? What's the story we're trying to tell?

Larry Kasdan has made some of my favorite movies of all time so just to be working with him was a pleasure. Now that I have, I not only respect his work but I just love and respect him as a person.

Sharks will scare me. I went out to Malibu a couple of weeks ago. Beautiful, clear day, out in five feet of water, going to surf, and there was this big ol' freakin' leopard shark... I'm looking at him and I'm thinking, 'OK, he won't hurt me.'

Much more quotes by Timothy Olyphant below the page.

There's not much to do in Atlanta, so the cast went to the gym together, went shopping together, and dinner was always a group thing. It's that whole summer-camp experience that making movies tends to be anyway.

God says he will never be satisfied with the infidels. In terms of worldly affairs, America is very strong. Even if it were twice as strong or twice that, it could not be strong enough to defeat us. We are confident that no one can harm us if God is with us.

I am ready to sacrifice everything in completing the unfinished agenda of our noble jihad... until there is no bloodshed in Afghanistan and Islam becomes a way of life for our people.

I tell my brethren in Palestine: be patient and continue your blessed struggle. We did not forget you. We are still healing another wound in the Muslim nation, which is the occupation of our land by the Americans. Your battle and ours are one and the same.

Believe in God, for with the grace of God the American rockets will go astray and we will be saved.

We have destroyed 80 percent of the statues. There is only small amount left and we will destroy that soon.

As for the United States' future in Afghanistan, it will be fire and hell and total defeat, God willing, as it was for their predecessors - the Soviets and, before them, the British.

This is not a matter of weapons. We are hopeful for God's help. The real matter is the extinction of America. And, God willing, it will fall to the ground.

We don't consider the battle has ended in Afghanistan... The battle has begun and its fires are picking up. These fires will reach the White House, because it is the center of injustice and tyranny.