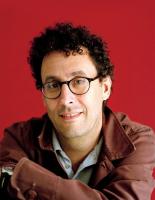 See the gallery for quotes by Tony Kushner. You can to use those 7 images of quotes as a desktop wallpapers. 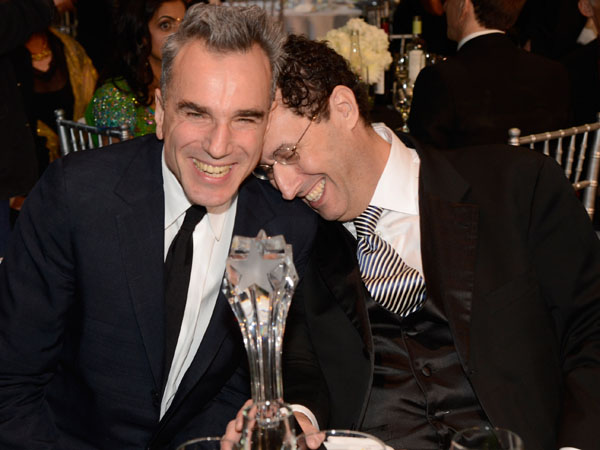 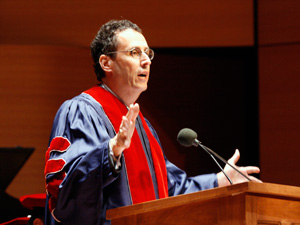 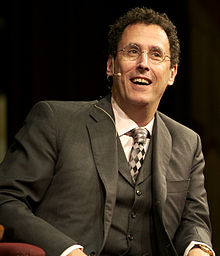 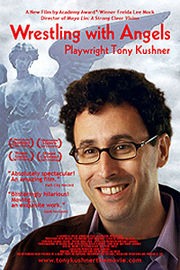 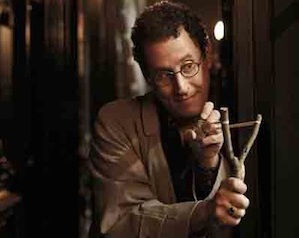 But I think what made me go into theater was seeing my mother onstage. The first thing she did was Mrs. Frank in 'The Diary of Anne Frank.' The second thing she did was a play about Freud called 'The Far Country.' She played a paralyzed woman in Vienna who goes to see Freud.

Gay writers now have both a sense of history and the fables that allows them to dwell in the realms of the ridiculous and at the same time talk seriously about things.

I don't write political plays in the sense that I'm writing essays that are kind of disguised as plays. I would really defy anyone to watch any of my plays and say 'Well, here's the point.'

I feel there's a power in theatre, but it's an indirect power. It's like the relationship of the sleeper to the unconscious. You discover things you can't afford to countenance in waking life. You can forget them, remember them a day later or not have any idea what they are about.

I find writing very difficult. It's hard and it hurts sometimes, and it's scary because of the fear of failure and the very unpleasant feeling that you may have reached the limit of your abilities.

I go into any movie that's historical fiction thinking, 'OK, I'm here to watch a work of art, something delivering a series of opinions, and if it's a good work of art, these opinions become so deeply embedded in complexity and richness that I won't even be bothered by the opinions. I'll make my own mind up.'

I grew up in a small Southern town, and there were white people and black people. Coming to New York to go to Columbia, every time I went into the subway I was absolutely astounded because you see people from all over the world who actually live here - who aren't just here as tourists.

I had a dream, in 1985, I believe, when a friend I'd gone to school with was sick - one of the first people I knew who'd gotten the AIDS virus. I had a dream of him in his bedroom with an angel crashing through the ceiling. I wrote a poem called 'Angels in America.' I've never looked at the poem since the day I wrote it.

I think I have a great deal of self-hatred, a profound feeling of fraudulence, of being detestable and evil. It's only a part of me, but it's there, and it's active.

I think I'll always be a better playwright than a pundit, but I believe that writers should be public intellectuals and that theater, even more than film, is a place of public debate.

I write plays and movies, I live and work at the borderline between word and image just as any cartoonist or illustrator does. I'm not a pure writer. I use words as the score for kinetic imagistic representations.

I'm a sort of political person, and I feel that there's a kind of ineradicably political dimension to theater, to all theater, whether it's overtly political or not.

I'm fairly certain when I die that the obituary will say, 'Author of 'Angels in America' dies.' Unless I'm completely forgotten, and then it won't say anything at all.

I'm going to start work on developing a series for HBO, because I'm naturally given to episodic stories of considerable length. And I won't have to listen to complaints about how wordy and long my work is if you can watch it on your telephone on the subway: You can make it conform to your day as if it were a book.

I'm happy that I feel a little less out of place in filmmaking than I once was - but it's almost impossible for a playwright in the U.S. to make a living. You can have a play, like I did with 'Angels,' and it still generates income for me, but it's not enough for me to live on and have health insurance.

If you have value as an artist it's probably going to be in your capacity to let things inside you get past things that are placed there to keep you from telling the truth. The more you see things as clearly and coldly as you can, the more value you're going to have.

If you know that life is basically going to be horrendously difficult, at best, and all but unlivable at worst, or possibly even unlivable, do you go on? And the choice to go on is the only thing that I think can be called hope. Because if hope isn't forced to encounter the worst possibility, then it's a lie.

If you're gay and you can't hold hands, or you're black and you can't catch a taxi, or you're a woman and you can't go into the park, you are aware there's a menace. That's costly on a psychic level. The world should be striving to make all its members secure.

In a way, film and television are in the same sort of traumatic trance that print journalism is. The technology has outpaced our comprehension of its implications.

Making movies is a very different experience in a lot of ways. It's difficult when you're used to owning the copyright and having a landlord's possessory rights - I rent my plays to the companies that do them and, if I'm upset, I can pull the play. But the only two directors I've worked with are pretty great.

My back went out and I gained 40 pounds while sweating over 'Perestroika.' It was incredibly hard, the hardest thing I had to do before the screenplay to 'Lincoln.'

Much more quotes by Tony Kushner below the page.

So I think I'll say the obvious thing: theater is ephemeral. When a production is done, it's gone forever. You can take pictures of it. You can make a film of it. But it's not the production. It's not the same thing.

The act of thinking and interpreting is so central to Judaism that it makes more sense that we've become people like Woody Allen - thinkers and talkers and drafters of law.

The big influence on me was Robert Altman, who, especially in 'Nashville,' transformed my sense of dramatic structure and showed how you could handle overlapping stories.

The general consensus among historians, among the ones who can handle the fact that 'Lincoln' is, in fact, historical fiction, is that we demonstrate enormous fidelity to history and that, beyond that, we've actually contributed a line of thinking about Lincoln's presidency that's somewhat original.

The kind of theater that I do is sort of 'narrative realism,' which I think in the broadest sense is legitimate to say is mainstream. I mean, in a certain sense, Suzan-Lori's plays have had mainstream levels of success. But Suzan-Lori is in some ways not a narrative realist.

The primary thing I should do, apart from being a good husband, brother, son, and friend, is to be a citizen activist. But I'm afraid it takes away from the writing. Not that anything depends on whether I put an essay in 'The Nation' or not. But you want to participate.

The streets of New York are entirely man-made and unmistakably that, so you feel as though you're on some sort of presentation platform whenever you're out on the streets.

Tags: Though, Whenever, York

The way that same-sex marriage should reach the federal level is that it absolutely should be decided by the Supreme Court as quickly as possible. It's a 14th Amendment issue. There's no argument about it.

The way you give love is the most profoundly human part of you. When people say it's ugly or a perversion or an abomination, they're attacking the center of your being.

When I teach writing, I always tell my students you should assume that the audience you're writing for is smarter than you. You can't write if you don't think they're on your side, because then you start to yell at them or preach down to them.

When I'm writing a new play, there's a period where I know I shouldn't be out in public much. I imagine most people who create go through something like this. You willfully loosen some of the inner straps that hold your core together.

When really writing I'm not a good friend. Because writing disorganizes the social self, you become atomized. It scrambles you, sometimes to the point that I'm incapable of speech. I feel that if I start speaking, I'll lose the writing, like getting off the treadmill.

You could argue that Barack Obama faced in '08 a situation as bad as any president since the Great Depression. What Obama inherited from the Bush administration, we all remember, was just an absolute global catastrophe.

Unions are susceptible to the same ills that befall all human societies.

A play should have barely been rescued from the mess it might just as easily have been.

As a playwright, you are a torturer of actors and of the audience as well. You inflict things on people.

Gay TV has been immensely important in transforming American culture in a more gay-positive direction.

God knows I've had productions where there were actors in my plays who were making more money per week than I was.

I don't feel, finally, that my politics are entirely determined by the fact that I'm a gay man.

I love reading; it's a great way to avoid writing.

I tend to be sort of quiet and shy and awkward in social situations.

I work best after the deadline has passed, when I'm in a panic.

It has always seemed to me that Barack Obama has studied intensely and learned a great deal from Lincoln.

The computer, the noise of the computer feels like impatience. It's sort of the sound of impatience to me.

The work of artists is to find what's humanly possible - possibility's furthest reaches.

Theater really gets damaged when there is a paucity of good criticism around.

There's a way in which 'The Illusion' is a play about the theater.

You have a strange relationship with calamity when you're a writer: you write about it; as an artist, you objectify and fetishize it. You render life into material, and that's a creepy thing to do.

A handful of works in history have had a direct impact on social policy: one or two works of Dickens, some of Zola, 'Uncle Tom's Cabin' and, in modern drama, Larry Kramer's 'The Normal Heart.'

And I don't consider Broadway the acropolis of theatrical art. I mean Broadway is commercial - that's what it is. It's expensive seats and a lot of them that have to be filled every night. Off-Broadway and Off-Off Broadway, as far as I'm concerned, is in New York the pride of New York theater.

As much as I hate his movies, Oliver Stone has an aspiration I admire, and that is that he wants his art to be part of what makes and changes public policy and cultural practice.

But I still read Shaw on a regular basis. What I love is the nakedness of the polemic and the irresistible good humour. For me, 'Major Barbara' is the greatest of all the plays in that it starts from the rational and proceeds to the ecstatic in a spectacular way, and leaves you very confused if you cling to Euclidean logic.