See the gallery for quotes by Vinod Khosla. You can to use those 7 images of quotes as a desktop wallpapers. 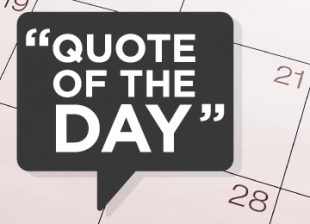 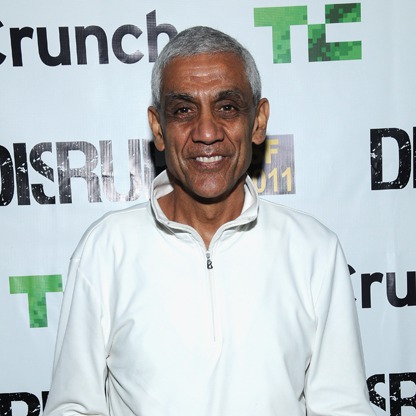 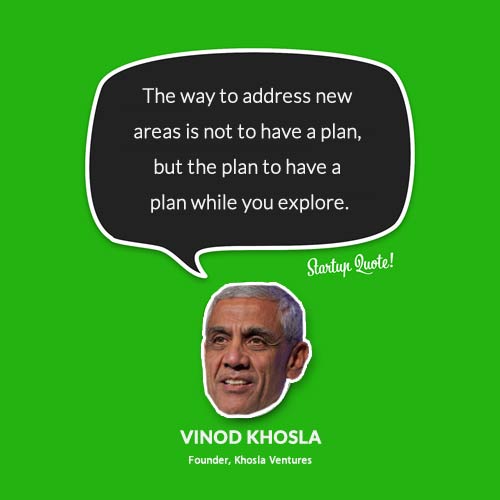 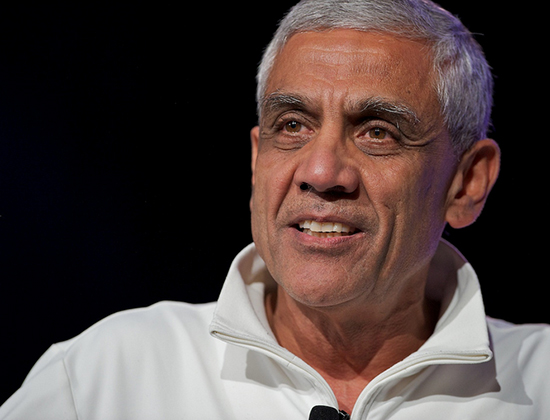 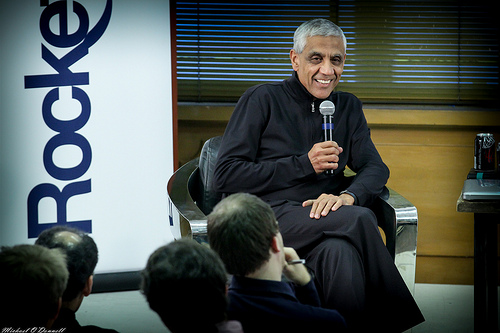 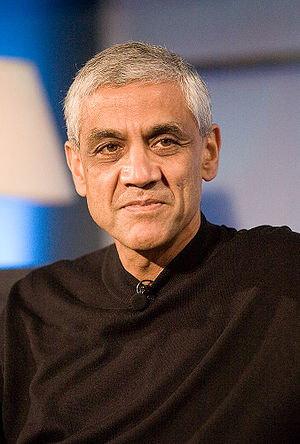 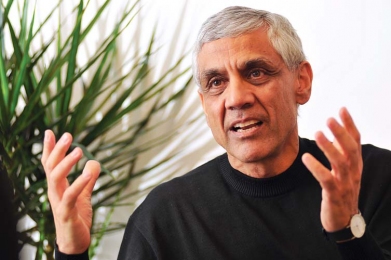 What an entrepreneur does is to build for the long run. If the market is great, you get all of the resources you can. You build to it. But a good entrepreneur is always prepared to throttle back, put on the brakes, and if the world changes, adapt to the world.

Will biofuel usage require land? Absolutely, but we think the ability to use winter cover crops, degraded land, as well as using sources such as organic waste, sewage, and forest waste means that actual land usage will be limited. Just these sources can replace most of our imported oil by 2030 without touching new land.

You know, one of the great things about most renewable technologies - not every technology, but many of them - is the jobs have to be local. When you're talking about a power plant and power generation using solar thermal technology, the jobs will be where the plant is.

Everybody else is afraid to fail. I do not really care because when I fail, I try something new.

I'm not a political person. I'm a techie nerd, and I enjoy the techie part. I mean, all my life, I've loved great technology.

If everyone played it safe, we wouldn't get anywhere.

We like to say at Khosla Ventures, and this is one of the reasons to do what we do, we'll take technical risks that nobody else will.

Tags: Else, Nobody, Reasons

Certain food-based biofuels like biodiesel have always been a bad idea. Others like corn ethanol have served a useful purpose and essentially are obsoleting themselves.

Entrepreneurs have the flexibility and the ability to do things that large companies simply cannot. Could a large company pull off a trick like Amyris, going from anti-malaria medicine to next-generation fuel?

I do not know what got me interested in technology. What was very clear to me very early on was that I was not interested in religion and that naturally increased my curiosity about science and technology, and I fundamentally believe the two are conflicting.

I don't believe - till something radical changes that we are not on track to do - that hybrids are material to climate change. They're fashionable, everybody loves them, the Prius is selling well, but so are Gucci bags. But they don't impact the way the world carries stuff. You know it's a fashion statement.

I generally disagree with most of the very high margin opportunities. Why? Because it's a business strategy tradeoff: the lower the margin you take, the faster you grow.

I'm a fiscal hawk. I vote against all taxes, but I do believe the environment, and climate change, is a bigger issue than fiscal deficits are as a risk to the nation.

I've probably failed more often than anybody else in Silicon Valley. Those don't matter. I don't remember the failures. You remember the big successes.

If I collected all the diamonds in the world, I'd have no 'income' but I'd have a lot of 'assets'. Would my company be worth nothing because I have no income? A lot of Net companies are collecting assets. They have to be measured with a new set of metrics.

Imagine the world of mobile based on Nokia and Motorola if Apple had not been restarted by a missionary entrepreneur named Steve Jobs who cared more for his vision than being tactical and financial.

In my view, it's irreverence, foolish confidence and naivety combined with persistence, open mindedness and a continual ability to learn that created Facebook, Google, Yahoo, eBay, Microsoft, Apple, Juniper, AOL, Sun Microsystems and others.

Is it 10 years, 20, 50 before we reach that tipping point where climate change becomes irreversible? Nobody can know. There's clearly a probability distribution. We need to ensure this planet, and we need to do it quickly.

Now it will take a long time to scale biofuels, but I'm the only one in the world forecasting oil dropping in price to $35 a barrel by 2030. I'll put it on the record: Oil will not be able to compete with cellulosic biofuels. If you do it from food, the food will get so expensive you can't make fuel out of it.

Much more quotes by Vinod Khosla below the page.

Seeking an acquisition from the start is more than just bad advice for an entrepreneur. For the entrepreneur it leads to short term tactical decisions rather than company-building decisions and in my view often reduces the probability of success.

Startups allow technologists and scientists to take risks and change plans in a way that would be frowned upon in a big company. Having said that, big companies will play a key role in certain areas and in partnerships with little companies. Each has its strengths.

The only way you multiply resources is with technology. To really affect poverty, energy, health, education, or anything else - there is no other way.

The winter period between September and March in this country, when land sits fallow and is subject to topsoil loss, we could be enriching the soil and growing all the biomass we need to replace imported gasoline.

There are parts of the country in America, in the Midwest, where wind is a big resource, and we should absolutely use it. But to try and apply it nationally doesn't make sense. There are technologies that will work that are appropriate to certain regions.