See the gallery for quotes by Virginia Foxx. You can to use those 8 images of quotes as a desktop wallpapers. 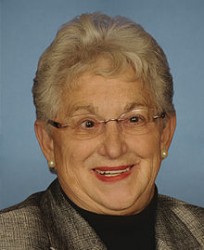 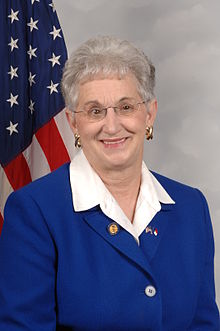 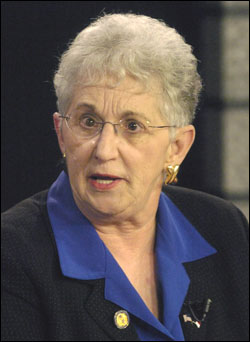 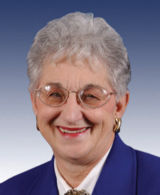 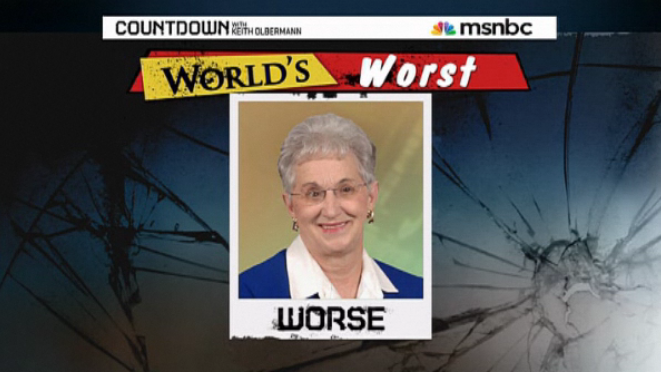 So why in the world would anyone support the unethical, failed use of embryonic stem cells instead of the ethical, successful use of adult stem cells? Because they do not know the difference.

This is my first term. I was told it was going to be an exciting term, and a lot of things would be done, and I cannot think about something more exciting than save Social Security.

Democrats believe they can win at the ballot box by obstructing, and they would rather win the next election than move America forward.

The American flag is the most recognized symbol of freedom and democracy in the world.

There is an abundance of misinformation, exaggeration, and blatant lies being spread by interest groups regarding the prospects for embryonic stem cell research.

The number of kids affected by obesity has tripled since 1980, and this can be traced in large part to lack of exercise and a healthy diet.

A terrorist network that believes a nation so tested will fold under pressure of a few horrific acts may capture its attention, but will not achieve its submission.

America does not fight for land, glory or riches.

China is crippling our manufacturing economy and eliminating our jobs by illegally flooding our markets.

I like the idea of giving workers control and putting their money into their personal accounts.

If we do not make tough decisions now, future Americans will have to make even tougher ones.

Liberty is not the unique right of Americans or even Westerners, but is mankind's right.

Obesity among young Americans is a serious problem that can have serious ramifications in the long run.

One poll shows that by 61 percent to 29 percent Americans under 40 say that Social Security needs to be fixed.

The American people must not buy into the Democrat rhetoric.

The life expectancy is much longer today than it was when Social Security was created.

We remain in Iraq because we know that sometimes liberty needs some nursing before it can grow on its own.

A stem cell is essentially a blank cell capable of becoming another, more differentiated cell-type in the body, such as a skin cell, a muscle cell or a nerve cell.

China's idea of fair trade is government subsidies of its textile and apparel exports to the United States, currency manipulation, and forgiveness of loans by its government banks.

From a parent's right to know what their children are doing, to protecting citizens across the country from the growing threat of gang violence, the House Democrat leadership is simply out to lunch.

In times of war, it is often best to look to our history to see how past generations of Americans dealt with the loss of their countrymen in just causes.

Much more quotes by Virginia Foxx below the page.

Our brave soldiers and support personnel are engaged in a battle as important as any the United States has ever before waged, for the success of democracy in Iraq is a crucial test of the ideals this Nation was founded upon.

Republicans are pushing legislation forward that will improve the effectiveness of and bring more accountability to U.S. foreign assistance around the world and bring democracy even further into the light.