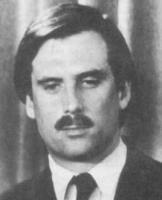 See the gallery for quotes by William Scranton. You can to use those 6 images of quotes as a desktop wallpapers. 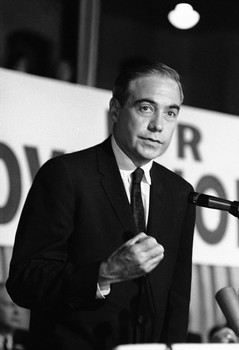 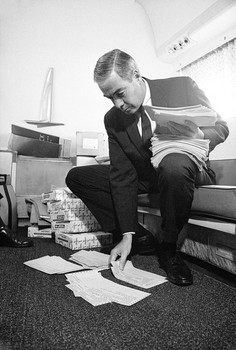 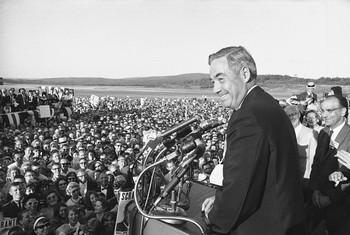 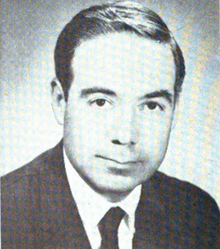 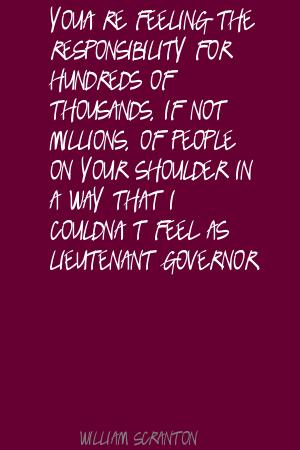 By Thursday morning, we'd gotten over the worst of it.

And I remember walking in there and, I must say, I was quite unnerved the closer I got to it.

And if you're not going to have a clear health threat, you don't want to panic people.

But the issue became, how long do you keep the press waiting so that you can gather more information?

None of us knew what this power plant looked like. We had no schematic drawing.

The value of government to the people it serves is in direct relationship to the interest citizens themselves display in the affairs of state.

You need a graphic understanding of a situation to make a complete judgment and we didn't have that.

All of the information that we were getting up to that time from the NRC people, from our people who knew something about nuclear power, was that the breach of the core was not a likelihood to happen.

And at ten, or whatever time, in the morning we had the press conference, what we knew is there had been an incident at Three Mile Island, that it was shut down, that there was water that had escaped but it was contained.

And it was at that point that I realized, in fact, our whole administration realized, that we could not rely on Metropolitan Edison for the kind of information we needed to make decisions.

Another very strong image from the first day was giving my initial press conference in the morning - going down and finding out that everything I had said, the essence of what I had said, was wrong.

I was scheduled to give my first official press conference that morning anyway, 'cause I was chairman of the Governors Energy Council and I was making a press conference with regard to energy policy.

It took me 45 minutes to get in all of the suits and putting all the dosimeters on me so that they knew how much radiation I got and the protective boots and everything.

My time inside there was very short compared to the amount of time it took to take on and take off this suit and to test me for how much radioactivity I have.

Nobody could tell us or really had a very good idea, if there were a massive release of radiation, what kind of medical treatment people were going to need and this or that, or, indeed, whether there would be medical personnel around.

Obviously, I'm not looking in the core of the reactor, but I am looking at what, at that time, was considered the source of the trouble, which was the water and where it was.

The first one, obviously, was walking into my office at eight o'clock in the morning on Wednesday, and being told there was a telephone call saying that there was an incident at Three Mile Island, and that it had shut down and that beyond that we didn't know.

Much more quotes by William Scranton below the page.

They're calling their Washington sources at the NRC or in Congress and they're not hesitating to give their opinion, but their opinion, frankly, in those early days was not very well informed.

What I had said in the morning was that this is what we know has happened, but there has been no significant off-site release. Only to find out moments later that, in fact, there had been an off-site release. I still haven't gotten over that.

When I started walking and I looked down and I saw on the floor this water, which looked like, you know, water in your basement except it happened to be in the auxiliary building of a nuclear power plant.