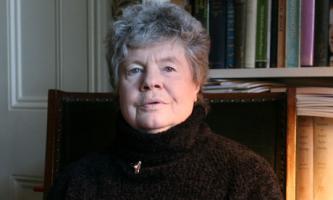 See the gallery for quotes by A. S. Byatt. You can to use those 8 images of quotes as a desktop wallpapers. 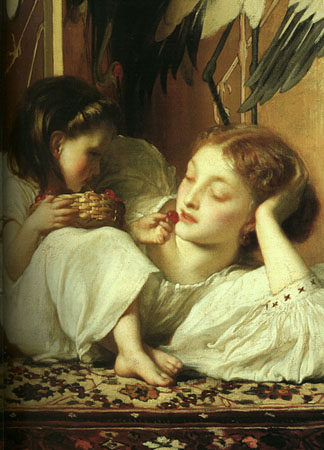 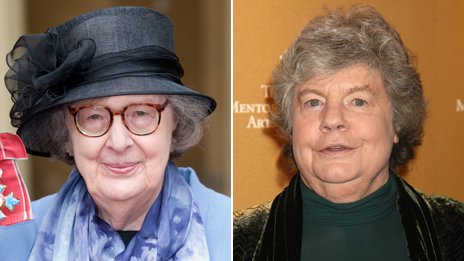 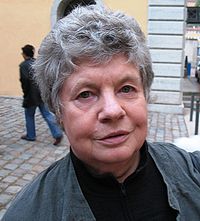 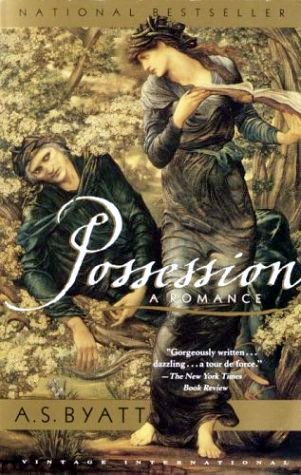 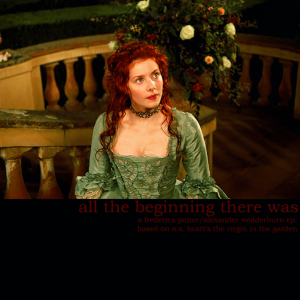 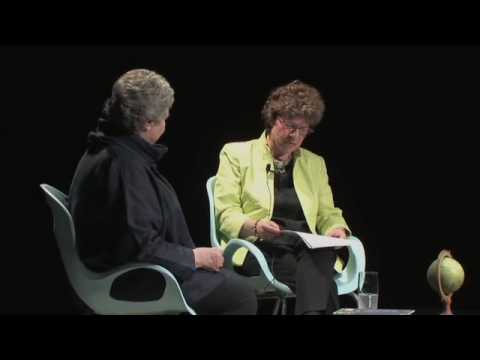 The point of painting is not really deception or imitation.

There is a certain aesthetic pleasure in trying to imagine the unimaginable and failing, if you are a reader.

What I need to write well is a combination of heat, light and solitude.

When I was a child - in wartime, pre-television - books were my life.

Where would we be without inhibitions? They're quite useful things when you look at some of the things humans do if they lose them.

You can understand a lot about yourself by working out which fairytale you use to present your world to yourself in.

You learn a lot about love before you ever get there. You learn at least as much about love from books as you do from watching your parents.

A surprising number of people - including many students of literature - will tell you they haven't really lived in a book since they were children. Sadly, being taught literature often destroys the life of the books.

America is full of readers of all different sorts who love books in many different ways, and I keep meeting them. And I think editors should look after them, and make less effort to please people who don't actually like books.

Biographies are no longer written to explain or explore the greatness of the great. They redress balances, explore secret weaknesses, demolish legends.

Cyclists. I really hate them. I wish they would not be so self-righteous and realise they are a danger to pedestrians. I wish cyclists would not vindictively snap off wing mirrors on cars when they were trying to cross in front of the car at a danger to motorists and pedestrians.

For a long time, I felt instinctively irritated - sometimes repelled - by scientific friends' automatic use of the word 'mechanism' for automatic bodily processes. A machine was man-made; it was not a sentient being; a man was not a machine.

I always say I write my own novels and the characters don't take control of me, but in fact, I look at the characters in the early stages and I think, 'What is he or she like,' and they slowly come together and they become the person they are.

I am a profound pessimist both about life and about human relations and about politics and ecology. Humans are inadequate and stupid creatures who sooner or later make a mess, and those who are trying to do good do a lot more damage than those who are muddling along.

I am not sure how much good is done by moralising about fairy tales. This can be unsubtle - telling children that virtue will be rewarded, when in fact it is mostly simply the fact of being the central character that ensures a favourable outcome. Fairy tales are not, on the whole, parables.

I am suspicious of writers who go looking for issues to address. Writers are neither preachers nor journalists. Journalists know much more than most writers about what's going on in the world. And if you want to change things, you do journalism.

I find the attempt to find things out, which scientists are possessed by, to be as human as breathing, or feeding, or sex. And so the science has to be in the novels as science and not just as metaphors.

I grew up with that completely fictive idea of motherhood, where the mother never strayed from the kitchen. All the women in my books are very afraid that if they do anything with their minds they won't be complete women. I don't think my daughters' generation has that feeling.

I have never been able to read Agatha Christie - the pleasure is purely in the puzzle, and the reader is toyed with by someone who didn't decide herself who the killer was until the end of the writing.

I sort of mind living in a time when most of the literature is terribly personal. I suppose it's because I grew up on a love of history, philosophy, science and religion, but not to think too much about yourself.

I think literary theory has not been terribly good for English studies in a while. It's not that theory isn't interesting, but it isn't about books, or the idiosyncrasies and complexities of putting language together.

Tags: Good, Together, While

I think the virtue I prize above all others is curiosity. If you look really hard at almost anybody, and try to see why they're doing what they're doing, taking a dig at them ceases to be what you want to do even if you hate them.

Much more quotes by A. S. Byatt below the page.

I watch a lot of sport on television. I only watch certain sports, and I only watch them live - I don't think I've ever been able to watch a replay of a match or game of which the result was already decided. I feel bound to cheat and look up what can be looked up.

If a novelist tells you something she knows or thinks, and you believe her, that is not because either of you think she is God, but because she is doing her work - as a novelist.

If you want to teach women to be great writers, you should show them the best, and the best was often done by men. It was more often done by men than by women, if we're going to be truthful.

In my mind's eye, Shakespeare is a huge, hot sea-beast, with fire in his veins and ice on his claws and inscrutable eyes, who looks like an inchoate hump under the encrustations of live barnacle-commentaries, limpets and trailing weeds.

In novels in general - and also on the television - we do live in a world where bodies is what we are. We do not talk about the spirit or the soul, and there is a sense that we no longer talk about beliefs, either Freudian or Marxist.

My professional and human obsession is the nature of language, and my best relationships are with other writers. In many ways, I know George Eliot better than I know my husband.

On buses and trains, I always think about the inexhaustible variety of human genes. We see types, and occasionally twins, but never doubles. All faces are unique, and this is exhilarating, despite the increasingly plastic similarity of TV stars and actors.

Reading a newspaper is like reading someone's letters, as opposed to a biography or a history. The writer really does not know what will happen. A novelist needs to feel what that is like.

The true exercise of freedom is - cannily and wisely and with grace - to move inside what space confines - and not seek to know what lies beyond and cannot be touched or tasted.

There are things I take sides about, like capital punishment, which it seems to me there is only one side about: it is evil. But there are two or three sides to sexual harassment, and the moment you get into particular cases, there is injustice in every conceivable direction. It's a mess.

We talk about feelings. And about sex. And about bodies, and their gratification, violation, repair, decoration, deferred, maybe permanently deferred, mortality. Feelings are a bodily thing, and respecting them is called, is, kindness.

Why do we take pleasure in gruesome death, neatly packaged as a puzzle to which we may find a satisfactory solution through clues - or if we are not clever enough, have it revealed by the all-powerful tale-teller at the end of the book? It is something to do with being reduced to, and comforted by, playing by the rules.

You learn different things through fiction. Historians are always making a plot about how certain things came to happen. Whereas a novelist looks at tiny little things and builds up a sort of map, like a painting, so that you see the shapes of things.

Books that change you, even later in life, give you a kind of electrical shock as the world takes a different shape.

Human beings love stories because they safely show us beginnings, middles and ends.

I acquired a hunger for fairy tales in the dark days of blackout and blitz in the Second World War.

I did a lot of my writing as though I was an academic, doing some piece of research as perfectly as possible.

I don't only write about English literature; I also write about chaos theory and... ants. I can understand ants.

I don't think it is an easy thing to write and expect to be commercial, even if you are from Venus and a hermaphrodite.

I don't understand why, in my work, writing is always so dangerous. It's very destructive. People who write books are destroyers.

I hated being a novelist when I was 20 - I had nothing to write about.

I know that part of the reason I read Tolkien when I'm ill is that there is an almost total absence of sexuality in his world, which is restful.

I like feeling my way into different minds and experiences. It comes naturally and always has.

I think there are a lot more important things than art in the world. But not to me.

I think vestigially there's a synesthete in me, but not like a real one who immediately knows what colour Wednesday is.

I'm more interested in books than people, and I always expect everybody else to be, but they're not.

Tags: Books, Else, Everybody

In England, everyone believes if you think, then you don't feel. But all my novels are about joining together thinking and feeling.

In our world of sleek flesh and collagen, Botox and liposuction, what we most fear is the dissolution of the body-mind, the death of the brain.

It's a terrible poison, writing.

It's because I'm a feminist that I can't stand women limiting other women's imaginations. It really makes me angry.

Never stop paying attention to things. Never make your mind up finally. Do not hold beliefs.

One of the reasons I've gotten so attached to talking to scientists is that... they know there is a reality.

The more research you do, the more at ease you are in the world you're writing about. It doesn't encumber you, it makes you free.