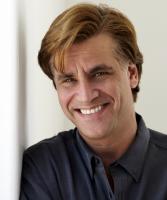 See the gallery for quotes by Aaron Sorkin. You can to use those 8 images of quotes as a desktop wallpapers. 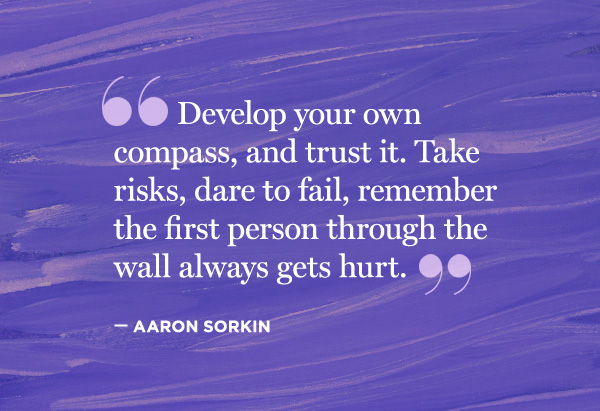 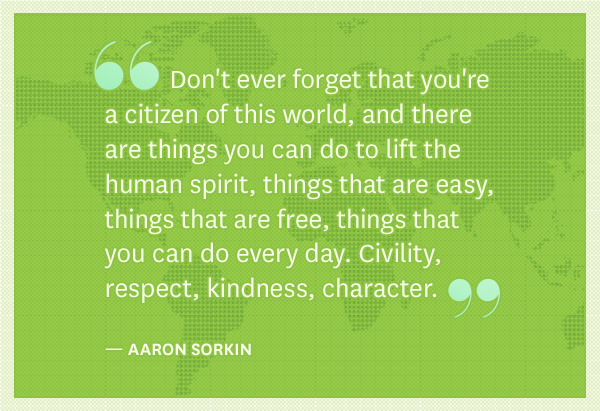 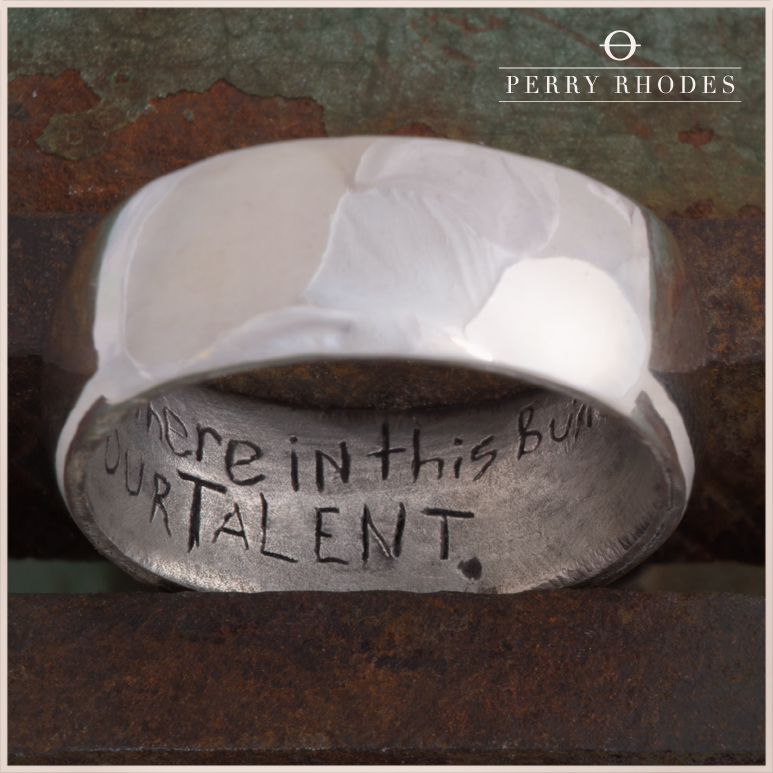 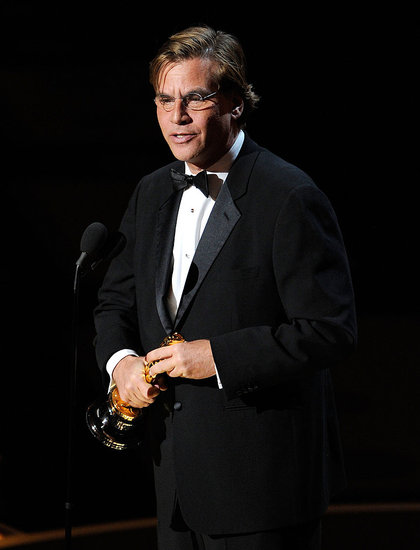 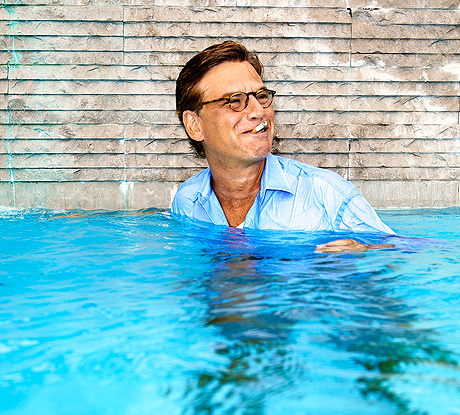 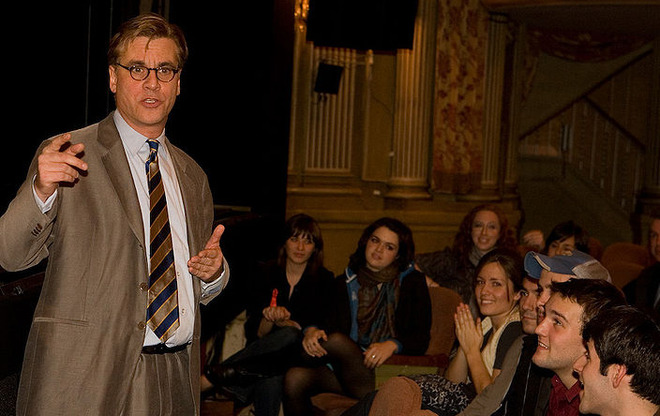 It's a combination of life being unpredictable, and you being super dumb.

Any time you get two people in a room who disagree about anything, the time of day, there is a scene to be written. That's what I look for.

Good writers borrow from other writers. Great writers steal from them outright.

There's a great tradition in storytelling that's thousands of years old, telling stories about kings and their palaces, and that's really what I wanted to do.

And my friends, you ain't seen nothin' yet.

Decisions are made by those who show up.

Don't ever forget that a small group of thoughtful people can change the world, it's the only thing that ever has.

I grew up in the theatre. It's where I got my start. Writing a television drama with theatrical dialogue about the theatre is beyond perfection.

It seems to me that more and more we've come to expect less and less from each other, and I think that should change.

It's important to remember that, first and foremost, if not only, this is entertainment. 'The West Wing' isn't meant to be good for you.

It's nice that HBO is in business with the audience and not with the advertisers. There's a difference.

Trying to guess what the (mass) audience wants and then trying to satisfy that is usually a bad recipe for getting something good.

But HBO is less interested in how many people are watching than in how much the people who are watching are liking the show. They didn't set up their business model to make writers happy. It's just a nice unintended consequence.

Certainly, last year we did an episode about the census and sampling versus a direct statistic. You just said the word 'census,' and people fall asleep.

It's populated by people who, by and large, have terrific communication skills. Every day is an extraordinary day. For me, it was just a great area for storytelling.

Our responsibility is to captivate you for however long we've asked for your attention. That said, there is tremendous drama to be gotten from the great, what you would say, heavy issues.

There are some screw-ups headed your way. I wish I could tell you that there was a trick to avoiding the screw-ups... but they're coming for ya. It's a combination of life being unpredictable, and you being super dumb.

There really isn't a story that you can't tell inside of it. It's very much a clearinghouse for anything that goes on in the world. So you're not at all limited.

Well, I must tell you I write the scripts very close to the bone. So I'm writing episode seven now and couldn't tell you what happens in episode eight.