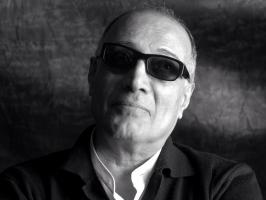 See the gallery for quotes by Abbas Kiarostami. You can to use those 8 images of quotes as a desktop wallpapers. 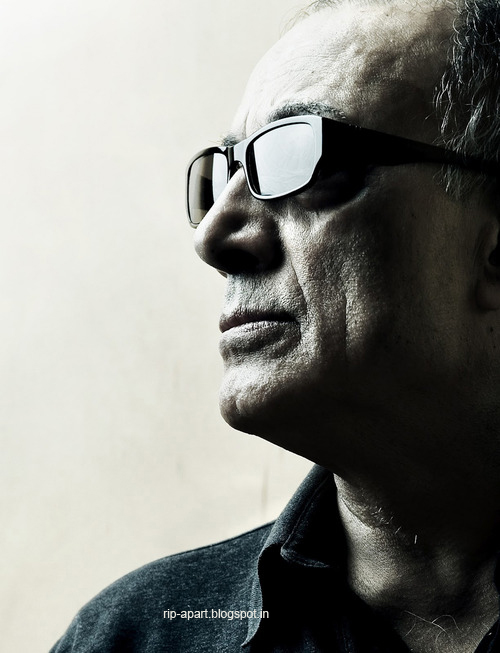 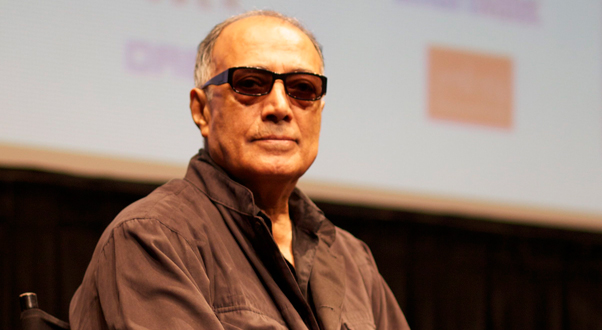 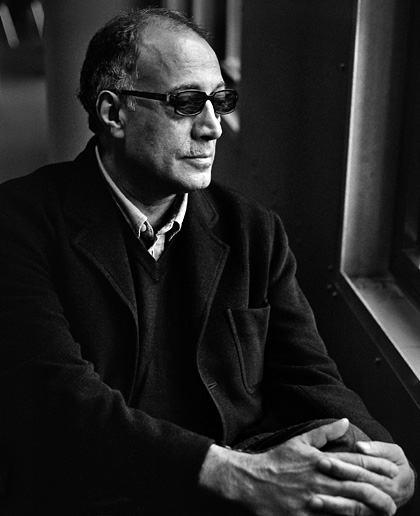 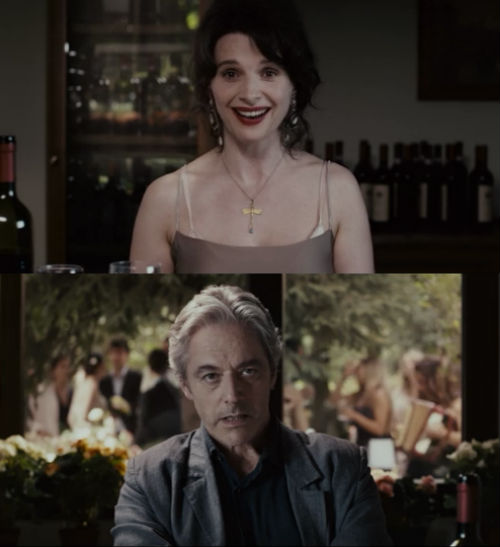 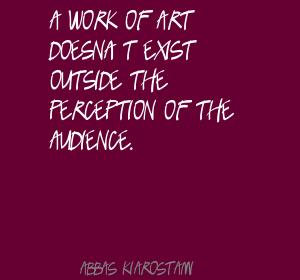 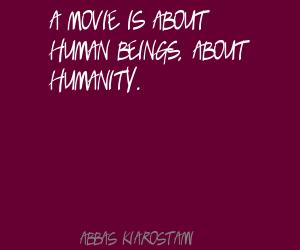 The world is my workshop. It is not my home.

There are at least two retrospectives of my work each year in some country.

There is violence in real life but I would never impose violence in a film just to attract the audience.

Usually when I write a script, I have in mind some real people that I'm writing about, who don't always act in the film afterward.

A good movie is made by an initial burst of energy, the way that, when you are in school, your class exercises are always better than your final projects.

All the different nations in the world, despite their differences of appearance and religion and language and way of life, still have one thing in common, and that is what's inside of all of us. If we X-rayed the insides of different human beings, we wouldn't be able to tell from those X-rays what the person's language or background or race is.

As film-makers, it is very important for us to find common ground between cultures, and maybe that's less the case for politicians who benefit more from finding the conflicts and differences between us.

Digital photography is, by definition, unfinished. You don't feel that after every 24 or 36 shots you have to change your film - you know you can go on for ever if you want. You can see the result immediately, and find out if your original idea is worth going on with or not, whether it can be corrected, whether it can be improved.

I don't know whether it is fortunate or unfortunate, but I have no such thing as national pride. I don't feel proud that I am Iranian. I happen to be who I am.

I feel like a tree. A tree doesn't feel a duty to start doing something about the earth from which it comes. A tree just has to bear fruit, and leaves and blossoms. It doesn't feel grateful to the earth.

I film normal-life subjects in natural settings that some people would consider uncinematic. But what I want to show is nature itself, as the truth of life.

I really think that I don't mind people sleeping during my films, because I know that some very good films might prepare you for sleeping or falling asleep or snoozing. It's not to be taken badly at all. This is something I really mean.

I would say that no film is apolitical. There are politics in all films. Any film that is anchored in a society, any film that deals with humanity is necessarily political.

If you catch me coming out of a film, when I'm emotionally involved, I can tell you at that moment why I like it - but to talk about it years later is not logical to me.

My films have been progressing towards a certain kind of minimalism, even though it was never intended. Elements which can be eliminated have been eliminated.

Poetry always runs away from you - it's very difficult to grasp it, and every time you read it, depending on your conditions, you will have a different grasp of it. Whereas with a novel, once you have read it, you have grasped it.

Religion works on some people but not on everyone, because it says, 'Stop thinking and accept what I tell you.' That's not valid for people who want to think and reflect.

Some movies bring out the creativity in you. Every single audience member can become creative in the face of a particular movie. If you happen to like my films, it's because my films provide a bed for you on which you can find your creativity. The Hollywood movies do not provide that for you.

The calling of art is to extract us from our daily reality, to bring us to a hidden truth that's difficult to access - to a level that's not material but spiritual.

Usually when I take my films to festivals, I feel incredibly anxious about them. I wonder how it will be received, how the audience will react. I feel deeply responsible for them.

When I talk to some of the younger filmmakers, they are so worried about their films that, eventually, this state of being worried reflects itself in and helps the final work. Whereas, with projects that are meticulously planned, you look at the end result and it is full of emptiness.

Whenever people ask me what the story is for my next film, I won't tell and people feel it's because I'm being secretive or something, but it's actually because I'm ashamed to sum up a film in three sentences.

A work of art doesn't exist outside the perception of the audience.

Much more quotes by Abbas Kiarostami below the page.

Cinema gives you the opportunity to be both a grandparent and a grandchild whereas in life you cannot be both at the same time.

Cinema seats make people lazy. They expect to be given all the information. But for me, question marks are the punctuation of life.

Everybody knows that I am not usually patient enough to actually sit down and watch one of my own films from the beginning to the end - I never do.

Film is very much a universal and common voice, and we can't limit it to one particular culture.

I can watch films and say how technically beautiful they are, but I'm not impressed by any technicality.

I have no advice for anyone on how to live.

I never reflect or convey that which I have not experienced myself.

I prefer the countryside to cities. This is also true of my films: I have made more films in rural societies, and villages, than in towns.

I really enjoy listening to stories. I remember them and keep them in my mind.

I spend a lot of time doing carpentry. Sometimes there is nothing that gives me the contentment that sawing a piece of wood does.

I think I really produce my best work in Iran.

I think violence can never be justified.

I would be too selfish if I said everyone should see my movies more than once. To say that would mean I'm just marketing my work!

I've often noticed that we are not able to look at what we have in front of us, unless it's inside a frame.

If you are a businessman or a politician in Iran, you can get a visa as quickly as you ask for it.

In the total darkness, poetry is still there, and it is there for you.

My way of expression is full of complications and mystery because that's my perception of life.

The day we run out of petrol is the day Iran will be free.