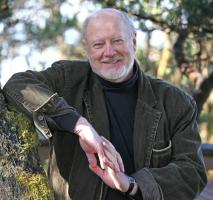 See the gallery for quotes by David Ogden Stiers. You can to use those 7 images of quotes as a desktop wallpapers. 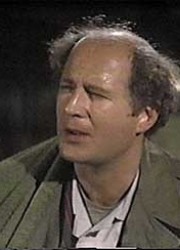 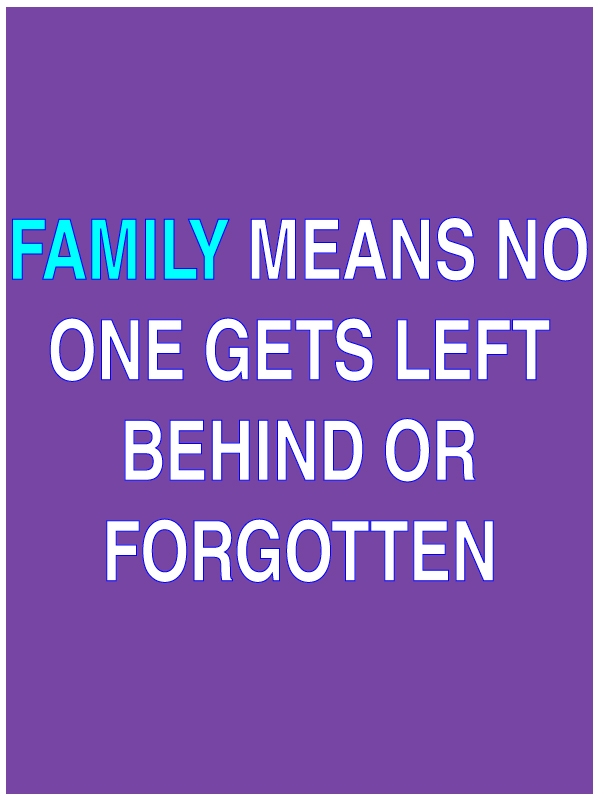 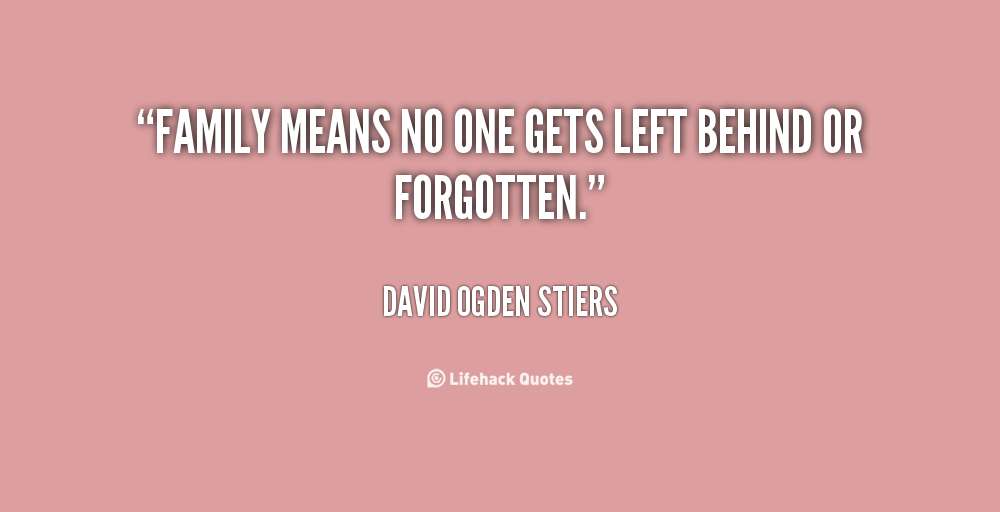 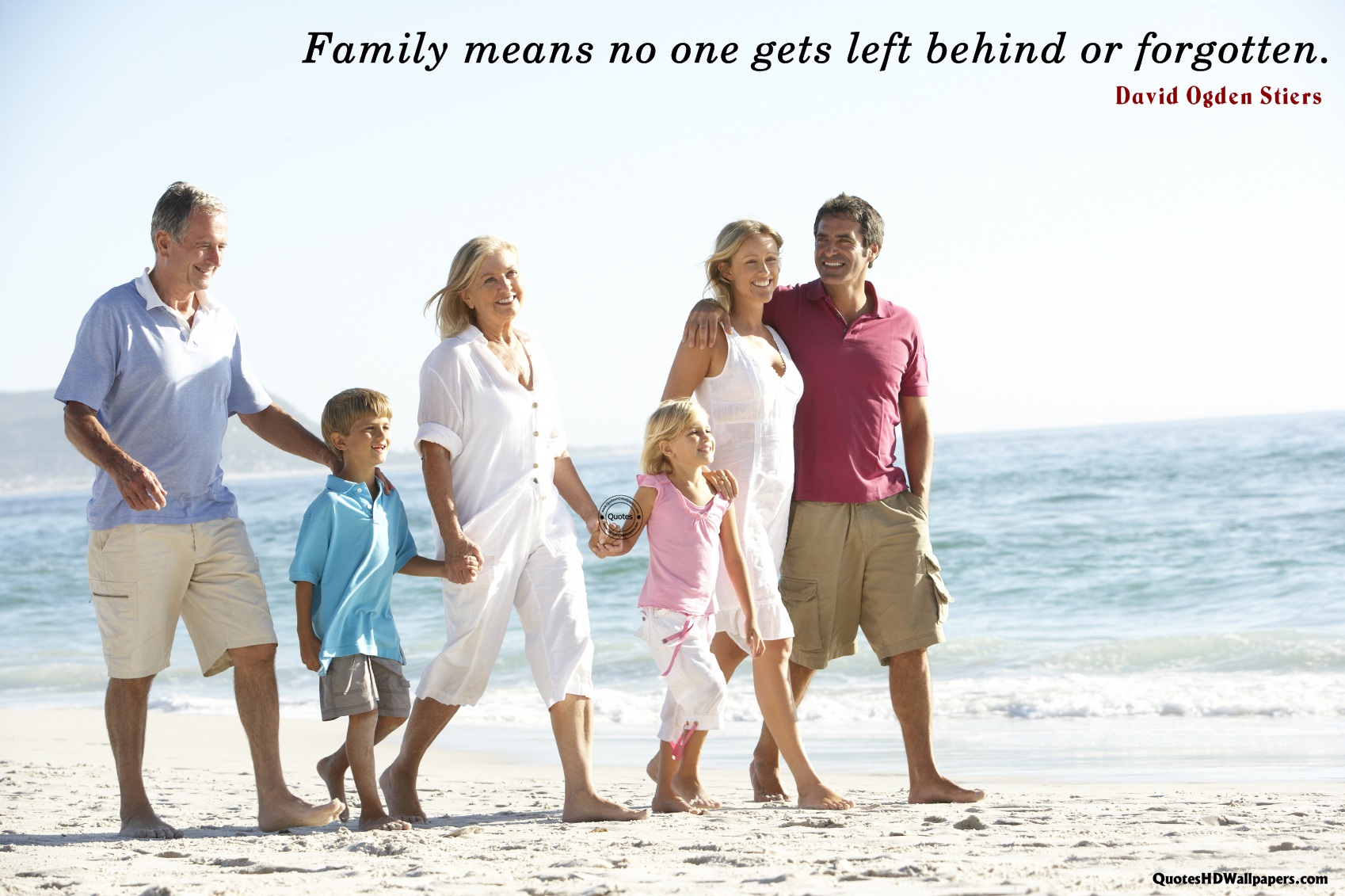 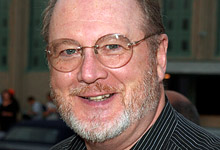 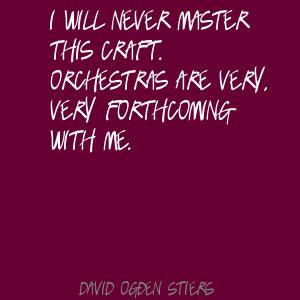 Very often when I go in to meet for movies or pilots, I'm put on videotape. I hate the notion that that tape is going to sit on a shelf and never get better.

What we have to get clear to kids is that when you offer your stillness and open yourself to the experience of music, it pays you back more than you give.

You hear the same work by different orchestras, different conductors, violinists, pianists, singers, and slowly, the work reveals itself and begins to live deeper in you.

Family means no one gets left behind or forgotten.

A lot affects the outcome. It boils down to scheduling and the commitment of the network.

Because I don't take money, I'll go anywhere and do a benefit concert with almost any orchestra.

Every time I hear, Cut. Print, something cold and electrical goes off in my head, because I'm never going to change that film.

High school music teachers... nobody makes a living off it.

I am certainly not a mainstream religious man.

I am not a long-run actor. I admire actors who can do that.

I love pulling people into concert halls who might not otherwise go and getting their ears tuned.

I will never master this craft. Orchestras are very, very forthcoming with me.

I'd forgotten I'd done the anime called Spirited Away, the English version of a Japanese film.

I've played Lear three times, I would love to do it again.

If it's right and true, it's listened to and accommodated.

In television you go in with this operating system that it is a crapshoot.

It's rare to be treated like a friend you haven't met in a Hollywood meeting.

It's really important to stay engaged and involved in the character.

Kids now are so used to surround sound and the power in theater speakers, that the concert hall is a disappointment to them.

People are nice enough, but you can hear the giant tick of the second hand. People are so harried.

There are a couple of roles I haven't played that I want to. I would love to play Shiloh.

We lament the speed of our society and the lack of depth and the nature of disposable information.

Writing is hard work. Generating stories that catch people's attention and holding it are very difficult.

Much more quotes by David Ogden Stiers below the page.

Very often, I don't make it through moments of recording because it is genuinely funny and absolutely ridiculous that a 60-year-old grown man is making these noises.

My father, who died a few years ago, was a good, simple, very honest man. His faith and affection for his family was just unassailable, without question.

When something really extreme happens, you have to find a way to embrace that and include it in how you think about the character. Sometimes it's not easy.

I had a meeting in LA in which they took a really overstuffed hour and a half. It was as close to old Hollywood as I remembered it in the last 20 years.

Something happens to us all when we experience something as a unit that doesn't occur when we're on our couches or holding our little portable DVD players.