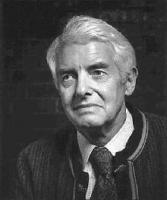 See the gallery for quotes by David R. Brower. You can to use those 8 images of quotes as a desktop wallpapers. 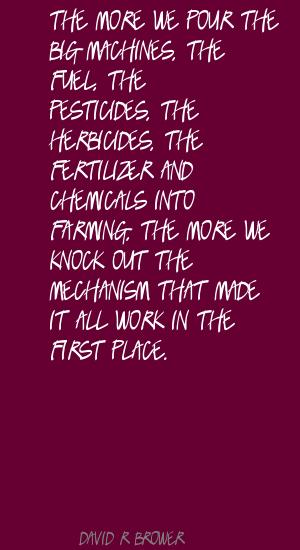 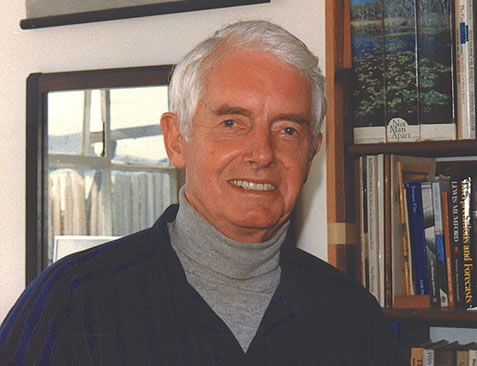 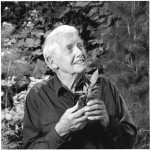 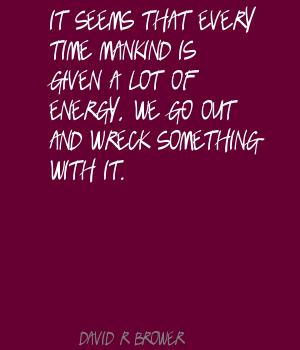 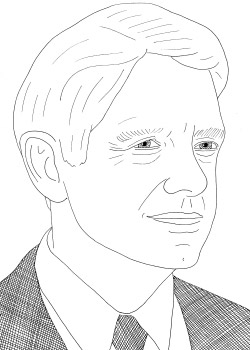 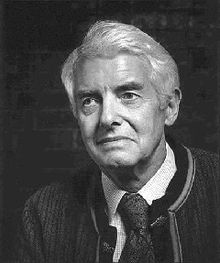 I will say this, - though: If it is true that fusion will put unlimited amounts of energy into our hands, then I'm worried. Our record on this score is extremely poor.

Is the minor convenience of allowing the present generation the luxury of doubling its energy consumption every 10 years worth the major hazard of exposing the next 20,000 generations to this lethal waste?

Tags: Energy, Next, Worth

It is absolutely imperative that we protect, preserve and pass on this genetic heritage for man and every other living thing in as good a condition as we received it.

It's very hard for me to know what to say about fusion right now, inasmuch as it is not yet scientifically feasible. I just can't understand how so many people are able to predict so much about something that still isn't scientifically possible.

Perhaps most ridiculous of all is the suggestion that we 'keep' our radioactive garbage for the use of our descendants. This 'solution', I think, requires an immediate poll of the next 20,000 generations.

Some otherwise sane scientists have seriously proposed that we tuck this deadly garbage under the edges of drifting continents but how can they be sure the moving land masses will climb over the waste and not just push it forward?

The risk presented by these lethal wastes is like no other risk, and we should not be expected to accept it or to project it into the future in order for manufacturers and utilities to make a dollar killing now.

The Sierra Club is a very good and a very powerful force for conservation and, as a matter of fact, has grown faster since I left than it was growing while I was there! It must be doing something right.

There are many different kinds of radioactive waste and each has its own half-life so, just to be on the safe side and to simplify matters, I base my calculations on the worst one and that's plutonium.

We've got to search back to our last known safe landmark. I can't say exactly where, but I think it's back there at the start of the Industrial Revolution, we began applying energy in vast amounts to tools with which we began tearing the environment apart.

What happens when the guy who runs the reactor gets out of bed wrong or decides, for some reason, that he wants to override his instruction sheet some afternoon?

What's even more unsettling is the way these people hide what they're doing from the public. They strip the labels off miracle wheat when they ship it, for instance, and say, 'Watch out. Don't plant too much and don't depend on it too much.'

Yet another proposal would have us rocket the waste into the sun, but, as you're probably aware, about one in ten of our space shots doesn't quite make it out of the earth's gravitational field.

The more we pour the big machines, the fuel, the pesticides, the herbicides, the fertilizer and chemicals into farming, the more we knock out the mechanism that made it all work in the first place.

Even if you build the perfect reactor, you're still saddled with a people problem and an equipment problem.

All I know about thermal pollution is that if we continue our present rate of growth in electrical energy consumption it will simply take, by the year 2000, all our freshwater streams to cool the generators and reactors.

A great deal of pressure was then built up to remove me from the club and my resignation was, finally, a forced one.

Once we open the door to the plutonium economy, we expose ourselves to absolutely terrible, horrifying risks from these people.

Tags: Door, Once, Ourselves

Perhaps we'll realize that each of us has not one vote but ten thousand or a million.

Tags: Away, May, Remember

At that time a senator who was on the Joint Committee of Atomic Energy said rather quietly, 'You know, we're having a little problem with waste these days.' I didn't know what he meant then, but I know now.

Bring diversity back to agriculture. That's what made it work in the first place.

For how many people do you think might yet stand on this planet before the sun grows cold? That's the responsibility we hold in our hands.

It seems that every time mankind is given a lot of energy, we go out and wreck something with it.

It's like turning the space program over to the Long Island Railroad.

Much more quotes by David R. Brower below the page.

There is no place where we can safely store worn-out reactors or their garbage. No place!

Understanding how DNA transmits all it knows about cancer, physics, dreaming and love will keep man searching for some time.

Until four years ago, in fact, I was absolutely in love with the atom.

We are at the edge of an abyss and we're close to being irrevocably lost.

We tried burying the waste at sea and the concrete cannisters that held it cracked open.

We've pumped waste into cavities in solid rock and found that it spread through the rock.

I began working with the John Muir Institute and then started helping found Friends of the Earth organizations here and there in other countries. That pretty well brings us up to the present.

I believe that the average guy in the street will give up a great deal, if he really understands the cost of not giving it up. In fact, we may find that, while we're drastically cutting our energy consumption, we're actually raising our standard of living.

I don't think we have very good records about what they were thinking except, as I pointed out earlier today, that they did invent our political system.

I sort of kept my hand in writing and went to work for the Sierra Club in '52, walked the plank there in '69, founded Friends of the Earth and the League of Conservation Voters after that.

I was actually telling people that - by harnessing the atom - we could enter a new era of unlimited power that would do away with the need to dam our beautiful streams.