See the gallery for quotes by Deborah Cox. You can to use those 7 images of quotes as a desktop wallpapers. 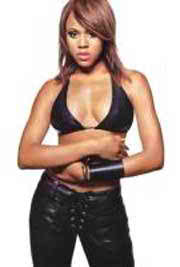 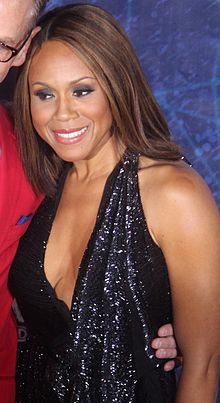 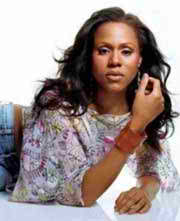 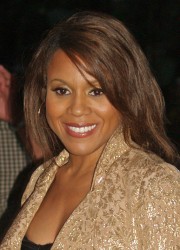 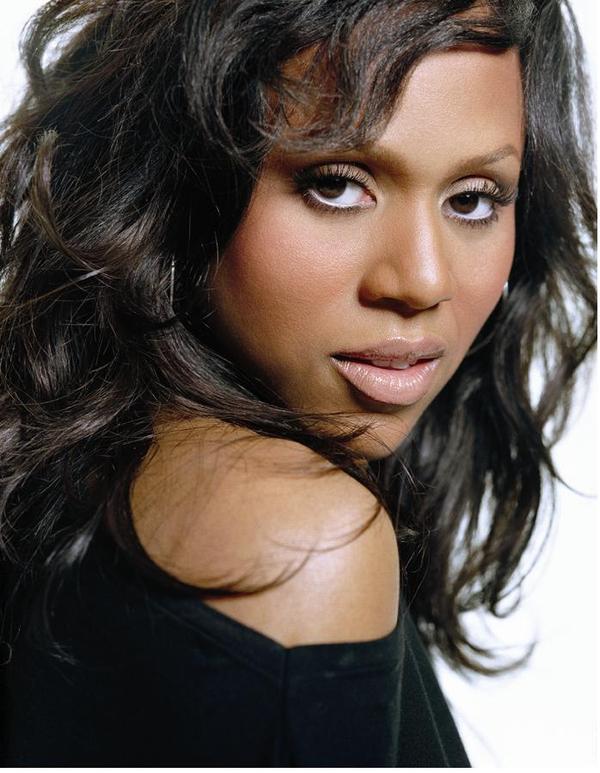 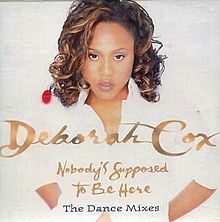 My opinion is that music is music. As long as you approach doing a remix with truth, I don't see the dance remixes being any different than an hip-hop remix- it's really a different version of the song.

So I did 'Something Happened on the Way to Heaven' and the original version is a ballad. The original Phil record is uptempo but we slowed it down and made it a ballad.

The club shows are really intense and powerful, but for a shorter time, and the audiences are in close proximity than when I'm performing at The Palace Theatre.

The opportunity to record the song came when Phil Collins' record label, Atlantic, was doing a tribute album to him and they asked all these different artists to do renditions of his songs.

The record was only released in the UK, and then when the idea for the remixed album came about, which was an idea that I've had for the longest time, I said this would be great song to remix as well, and so we did it.

They've got the singles and some people have burnt them from different web sites and stuff. So it was something that we talked about for a long, long time, and I just wanted to make sure that this remix album to be really special.

We've never performed the song live outside of recording it in the studio. That was a dream come true because Whitney, she's an icon and she's been one of my main mentors in this business.

Where every moment is about truth and I think it's a great challenge every night. That's what really drove me to wanting to do theatre, and it's great.

I prefer Princess. I would love to be known as a diva later on in life when I've had far more experiences.

From beginning to end it's about keeping the energy and the intensity of the story and not doing too much and not doing too little, but just enough so people stay interested and stay involved in the characters.

He doesn't make it so complicated but just really allows the lyric to come through even though there's a lot of production going on. I think that's the key and that's the magic, it's making sure that people could still connect with the lyrics while they're on the dance floor.

Both songs are really, really intense when it comes to performing them, and very draining at the same time.

I picked up the Joss Stone album, Josh Groban, and the new Norah Jones. I love, love, love Norah.

I wanted to do Dreamgirls. If they're doing a stage production of Sparkle, I think that would be hot.

People see that I have my own voice, my own opinion, my own likes. The album really reflects that.

Singers like her, Patti, Tina Turner, I revere them when I'm in their presence.

I always thought that it was every performer's dream. That's the epitome of being an artist, being able to express song, dance and acting in a live theatre setting and really connecting with an audience on that level.

I had this instinct and I just knew it. It was a very strange thing and as soon as I finished recording it, we were all in the studio saying we have something really special here.

I have two favorite songs. My first is called 'Dance of The Robe' and it's a very powerful number where she is feeling the pressure from her people to take on the responsibility of leading them.

I never take on anything that is just for the money or just for, you know. I always have to connect with it in a very personal way because I believe the audience will sense whether I'm into it or not, so I don't take on projects that I'm not really passionate about.

Much more quotes by Deborah Cox below the page.

I really connect with those moments of doing missionary work down there and just seeing the people that are dying from disease and hunger and malnutrition.

I really think about the times that I've been through with my husband and all the stuff that we've been through together, and I think to those moments for inspiration for the role.

I think differently, I think it's about reaching everybody on every different plane and every different level, and if I could remix the song and do a dance remix, that's great. If I could do a classical version, that'll be great too. It's all just about expression.

I think it's his perception of knowing how to make a record build, keeping the integrity of the song in the music and really adding a lot of musical elements to compliment my voice and to compliment the song.

I think the inspiration came from the fans. Whenever I'm online or whenever I get a chance to really communicate with the fans and the audience, they always say that they would love to have all of the remixes on one CD.

I'm at a point where I'm going where the journey leads me. I've set goals but I don't get really hung up if I don't achieve those goals right away or in my time, you know what I mean?

I've always been switching around the show to accommodate the audience, and you know it really makes it a lot more fun for me and keeps it fresh so that I'm not complacent with the same show every night and with every audience.

I've done that I was touring a couple of years ago with R. Kelly and the Lillith Fair, I would do the late night underground gigs as well because it's always around those times that there was a hot song, either on the radio or in the clubs, it would just be simultaneous.

It was a dream come true performing with her and just being on the same record. So in my eyes, she was the epitome of a great voice and for us to share together was awesome.

It's really a grand old, legendary theatre where the spirits of like Judy Garland and all these great performers have been. The clubs are way more underground.