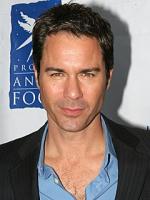 See the gallery for quotes by Eric McCormack. You can to use those 8 images of quotes as a desktop wallpapers. 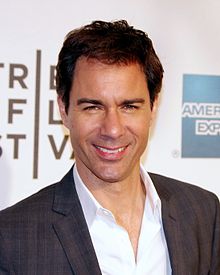 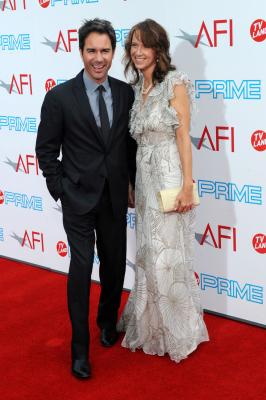 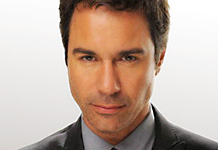 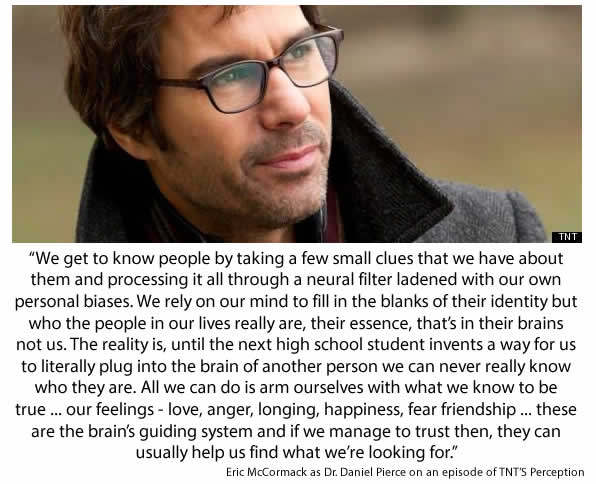 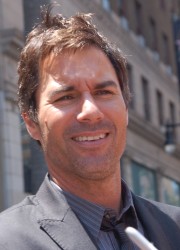 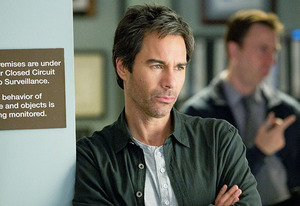 Will isn't a screaming queen - that's Jack's part. They needed someone to play the part for America. It's just not the same as Britain. To have a gay character as a lead is risky.

Most people, if you live in a big city, you see some form of schizophrenia every day, and it's always in the form of someone homeless. 'Look at that guy - he's crazy. He looks dangerous.' Well, he's on the streets because of mental illness. He probably had a job and a home.

Mental illness is the last frontier. The gay thing is part of everyday life now on a show like 'Modern Family,' but mental illness is still full of stigma. Maybe it is time for that to change.

At home in L.A., Sunday is lazy. It's the wife and me lying in bed with coffee, watching 'The Soup' or something funny on TiVo. The kid will occasionally join us. Eventually, breakfast is at a place down the street called Paty's. And we always have some kind of great dinner - my wife makes a great roast beef.

I never felt cool growing up. I was a bit of an outsider, but I discovered theatre very early on, which got me through.

I think we all realize that anyone can - and has - gotten AIDS. So there's obviously still a lot to be done.

I was raised on 'Get Smart' and 'All in the Family' and 'M.A.S.H.,' and certainly when 'Cheers' came along, that was a big one.

My most romantic job: I was a manager at Baskin-Robbins.

My wife is a real camper; it's a nice way to bond.

We didn't, with 'Will & Grace,' set out to change the gay world. We just set out to be funny.

As a television actor, there's a power you're given to use your image to do something valuable. As a parent, these messages are particularly important to me.

Back when I was in theater school, trying to figure out what I was going to do with my life, 'Sweeney Todd' was a huge touchstone for me, my favorite musical for sure.

But I was ready for it and I knew I could do it. I've just turned 40, I have a son and I feel more settled and driven than ever. I think my 40s will be my most prolific time. It's a very rare life you get to lead as a sitcom guy.

Growing up, my father was a financial analyst for an oil company. He was just a regular dad. And when I would say, 'Hey, come see my play,' he'd say, 'Sure.' He'd see one, 'Oh, good play' - you know, very typical dad reaction.

I always get a little uppity when I hear the phrase 'TV actor.' It's like saying you're a magazine reporter. I was in the theater for ten years before I ever had a TV audition.

I have accomplished a lot, but it didn't happen overnight for me. I was 35 when I got the show, and had been working professionally for 15 years. It would be a lot weirder if I were in my early 20s and stumbled into it.

I like playing a character every day. I like having something to go back to. I always enjoyed that with 'Will & Grace.' I like the camaraderie. I like having a crew that I know and I can work with every day.

I started to realise that it wasn't for me. Perhaps I didn't have to give my Hamlet before I died, that the world might be an OK place without my Hamlet, in fact.

I think I was very lucky that I didn't get well-known until my early thirties. If it had happened when I was younger, you might have seen me falling out of nightclubs. I think I conducted myself as a much better human being because I was already married when all that came along (I got married five months after I got the role as Will).

I think there's a certain objectivity that comes from being Canadian. You're partly British and partly American; you have a good bird's-eye view of both countries. So much of the comedy that comes out of Canada is impersonation - it's less 'look at me' than it is 'look at me playing other people.'

I'm doing a very funny show in which we talk about issues. I speak at Aids charities and things. It's great to do something fun with our days and yet we're told we're doing something important.

I'm torn about late parenting. I believe people should spend their twenties living and having fun and not having any regrets later. I also think people in their thirties generally make better parents but so many of my friends are having trouble - myself included - as fathers get older.

Much more quotes by Eric McCormack below the page.

If you're doing an hour-long show, you're working movie hours, doing a 12-15-hour day. We work three or four hours a day, and get every third or fourth week off to give the writers time to write. It's the cushiest job in Hollywood.