See the gallery for quotes by Ezra Miller. You can to use those 8 images of quotes as a desktop wallpapers. 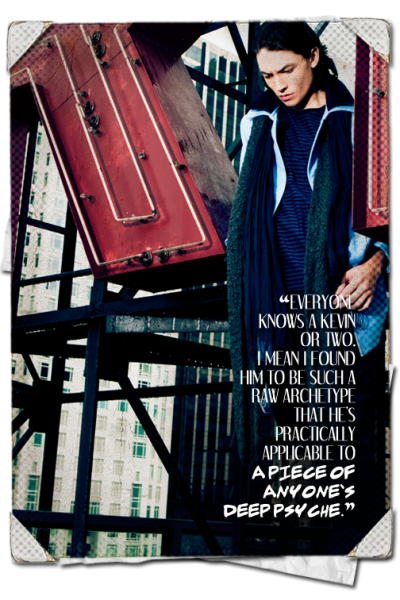 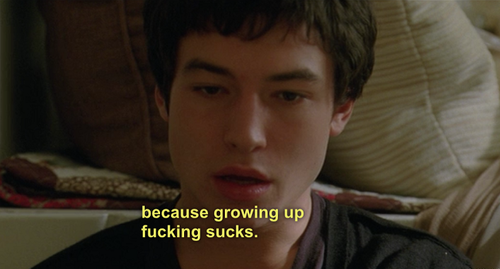 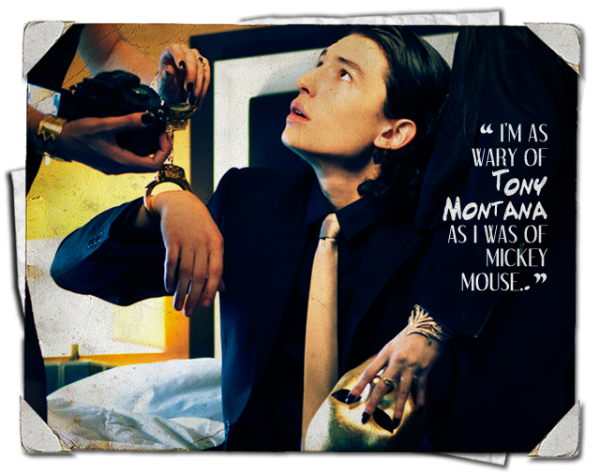 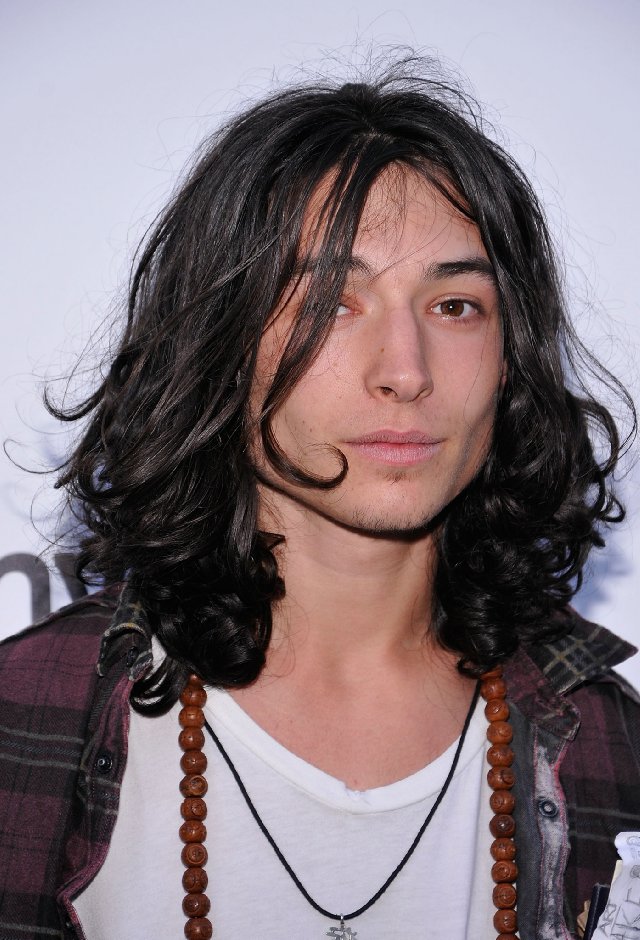 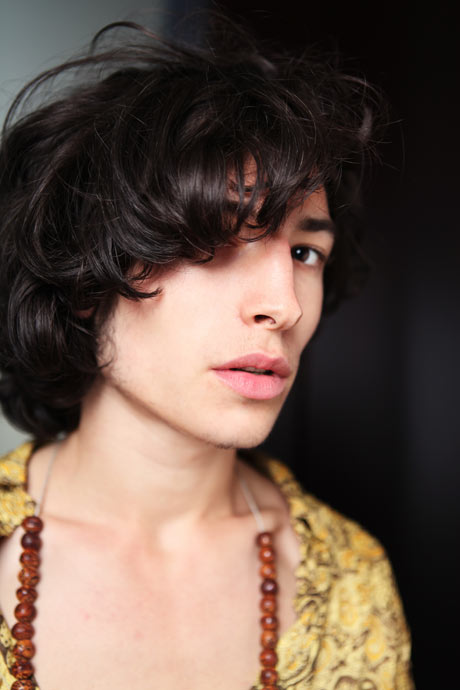 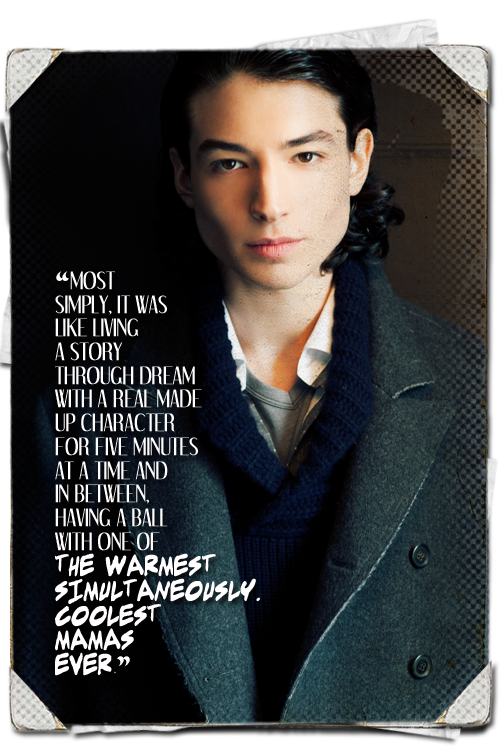 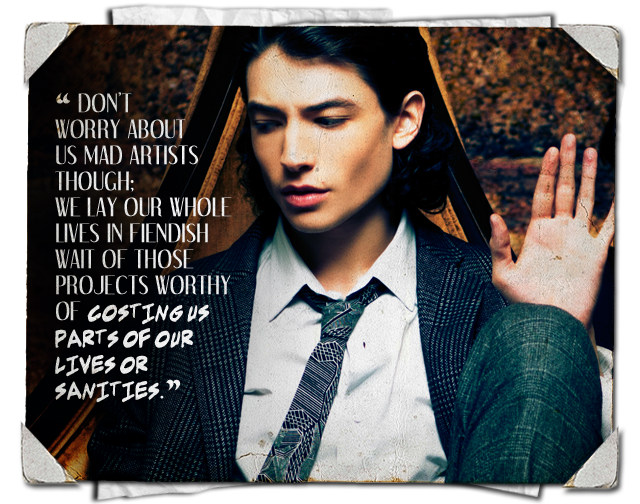 I don't know if it's responsible for kids of my age to be so aggressively pursuing monogamous binds, because I don't think we're ready for them. The romanticism within our culture dictates that that's what you're supposed to be looking for.

I guess the big thing is that I don't buy anything first-hand. It's a personal policy I have for all sorts of reasons. If you research to the textile industry yourself, you'll know why. I came to it personally.

Tags: Big, Why, Yourself

I like a role that is challenging. That's what I look for and I'm certainly always looking to move further and maybe push myself into a place that might be temporarily uncomfortable so that I might learn something.

I love my family and I had a very wonderful, magical childhood. But New Jersey was actually a very cold place. There was such an intense concentration of wealth, and such a low concentration of any actual human happiness.

I read a lot of bad scripts and weird television shows. I don't know. There's a lot of work out there I was reading at 14 years old and noticing this lack of thought. And then, reading 'Afterschool,' that's full of thought. It was bursting with ideas.

I'd say I'm drawn to characters that ring true to me. Adolescence is a troubled time for everyone, so a lot of those characters have been troubled, tortured people. It's been a great way to navigate my adolescence by having these more troubled kids as an outlet.

I'm trying to grow more limbs in order to multitask at a greater rate and I'm also investigating the possibilities of cloning. Because nothing would be more useful than having multiples of me, and that way, I could do all of the things I'd like to do in the short amount of time we all have here.

It disturbs me when Obama says in the State of the Union address that he wants to make dropping out of school at 18 illegal, because people learn differently and before there are forms of learning for every type of person in the world, we shouldn't be condemned for leaving.

It makes sense that we came up with our public school system during the Industrial Revolution because it's like everybody is a factory worker, eating their terrible food and going back to the room where you're silent and listening to an idiot. That's an epitomizing idea, getting called 'Nothing' for your whole high school experience.

My first job was when I was eight. I did this opera, which was a Robert Wilson/Philip Glass opera, called 'White Raven.' That was a very confusing and trippy creation tale, and I was a kid who brought up the sun and rotated the earth. It was very empowering.

My mother took me to a lot of operas and when I was eight I got the opportunity to be in one and I realized that transformation into these make-believe situations was possible. I decided that was essentially what I wanted to do with my life.

The escape to an unchallenging fairy tale can be very nice and I'm all for that, but film can also challenge you to confront the realities of our world.

The way I would choose to identify myself wouldn't be gay. I've been attracted mostly to 'she's' but I've been with many people and I'm open to love wherever it can be found.

When I found film, it was like, 'Of course!' It was this very intense realization that this is perhaps the most powerful, honed context that I've found.

When I was very little, I was sort of consumed by a love for opera. Weirdly enough, I went from being really enthusiastic about construction vehicles at the age of seven to being really passionate about 'La Traviata' by the time I was eight.

You know, I was really privileged to meet Woody Allen, who is now a filmmaker, let's be honest. He's also an actor. And he's classic. And because I have no conception of what classic fashion is now, I respond to his slightly outdated sensibilities.

I think a lot of people are projecting their own troubles and fears concerning sexuality onto those around them, and it does result in the perpetuation of a lot of hateful notions. As long as I can remember, I've felt really horrified watching those dynamics play out.

Every teenager deals in his or her own sexuality and has to face it and figure out how it can coincide with the rest of their lives in a healthy manner. And try to navigate it in our modern society, which is wrought with stigma and taboo and repression, and sort of as a result, these inner monsters that some teenagers really struggle with.

Everybody feels like an outcast because the world is so large and every fingerprint is so vastly different from one another, and yet we have these standards and beliefs, and dogmatic systems of judgment and ranking, in almost all the societies of the world.

Tags: Almost, Another, Everybody

Housing Works is the coolest thrift store in the world, because not only are they the best thrift store - they're not the most thrifty thrift store - but they have amazing stuff and all of their proceeds go directly to kids, mostly homeless kids, living with AIDS and HIV in New York, in the metropolitan area.

Family is this very deep, complex thing that for most people becomes everything. It informs your entire life.

I am very much in love with no one in particular.

I don't need my sexuality celebrated, and I certainly don't need it to be criticized. I didn't necessarily want it to be observed, but here we are.

I have a lot of really wonderful friends who are of very different sexes and genders.

Much more quotes by Ezra Miller below the page.

I think everybody's crazy, and if I'm the one being a little direct about it, that's fine by me.

I think I enjoy playing human beings no matter the substance of their character.

I was a weird animal in high school, doing no work and getting straight A's.

I wouldn't want to lose out on my macho action movie just because I told people I was queer.

I'd like to make as much art as I possibly can before I die, so I'm working on a few things.

I'm from the dirty depths of New Jersey.

I've fallen prey to my fair share of moments of the phobias of others and the way that that can become an attack.

Life is a grand party.

The No. 1 thing the people I have spent time with in my life have done for fun is playing music.

The token gay character is always so funny and so fantastic. That's happened a lot. Or they're often purely victims.

'The Wizard of Oz' is my favorite movie. It was the first movie I can ever remember watching.

Doing things like playing music, something that's so natural and basic to human function, running around in nature, eating delicious food. These things are intrinsic in basic, primordial to human beings, so that's sort of a way to return to a blank canvas, allowing my true personality to return.

I always was very interested in intellect and the massive world of knowledge out there, but in terms of being a kid who wanted to be treated as an equal, school is not the place.