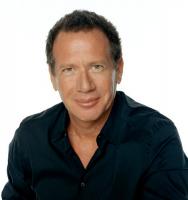 See the gallery for quotes by Garry Shandling. You can to use those 7 images of quotes as a desktop wallpapers. 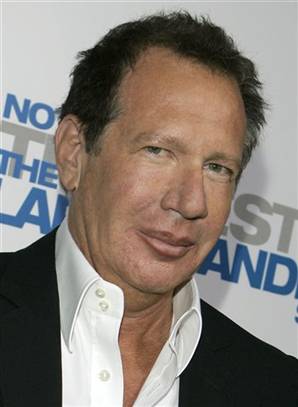 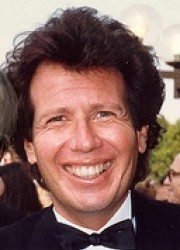 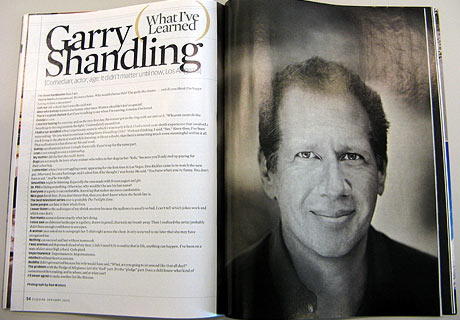 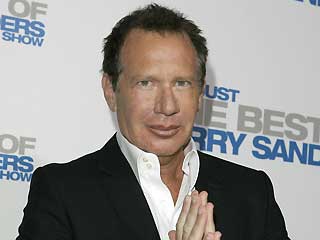 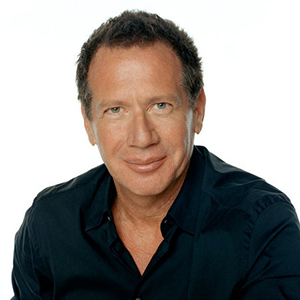 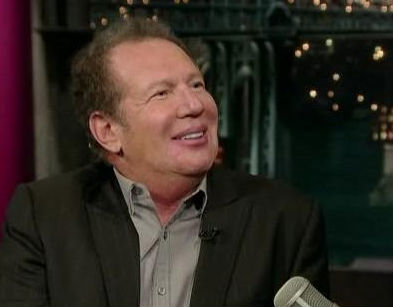 I've never had anyone put on a puppet show to convince me of anything. And I've done a lot of stuff. I don't know that I would put the puppets on when I was pitching a show. This was the head of the studio putting a puppet show on. And I'll tell you, he wasn't bad.

The only way I would go back to hosting would be if it were something entirely new. It would prevent me from wanting to host a standard-fare kind of talk show.

You know it's funny that none of the regular late-night shows now use guest hosts the way Johnny did. No one talks about it much, but it's curious that they don't do it. They would each have to be asked the reason why they don't.

I'm dating a woman now who, evidently, is unaware of it.

Which is, I'm an optimist that two people can be together to work out their conflicts. And that commitment, I think, might be what love is, because they both grow from their relationship.

I once made love for an hour and fifteen minutes, but it was the night the clocks are set ahead.

I play basketball on Sundays and I'm a very spiritual guy; I read a lot of Eastern philosophy and I meditate.

I like going into nature and that's where I'm happiest.

Without comedy as a defense mechanism I wouldn't be able to survive.

I don't know why men are so fascinated with television and I think it has something to do with - if I may judge from my own father, who used to sit and stare at the TV while my mother was speaking to him - I think that's a man's way of tuning out.

Carol Burnett was particularly funny. She swore for the first time on television on Larry Sanders.

First of all, I'm not the kind of guy that likes to rehash the show and so forth and so on.

I am pretty tenacious as a perfectionist in terms of getting something right.

I don't know how to ground myself without the other actor present.

I practice safe sex - I use an airbag.

I think I look great in green, and I'm going to start wearing more green.

I'm not a party guy. I don't carouse very much.

I'm too shy to express my sexual needs except over the phone to people I don't know.

It's not the hair on your head that matters. It's the kind of hair you have inside.

My friends tell me I have an intimacy problem. But they don't really know me.

Because I am afraid of commitment. This movie certainly has some bearing and is some reflection of my real feeling about relationships, because I do have commitment issues. My friends tell me I have intimacy problems, but they don't know me, so who cares what they think?

But I really like hosting, I think it's a strength of mine. It allows me to improvise, and I love the spontaneity of that, and I think I'm funny behind the desk when interviewing someone.

Much more quotes by Garry Shandling below the page.

Here's the thing - I'm single, I haven't been married, I don't have kids yet. If I do have kids I would be interested to see them in my life, so here's a movie for kids and I'm in there and I'm supposed to be kind of funny for kids.

I actually think I'm more of a turtle than Verne is. Where Verne is up on two legs and moving at full speed and doesn't pull his head into the shell very often, I in reality was five or ten minutes later to every recording session.

I guess he wanted to see a little more sexual activity because in real life, in bed I think less is more and let the woman come to me. Frankly, I don't even need a woman there.

I think it's one of the main negative emotional ingredients that fuels show business, because there's so much at stake and the fear of failure looms large.

I think sometimes I should do more carousing, because I don't do much and maybe it would be fun occasionally. It's hard for me to have fun and I'm a serious thinker and a searcher and funny from the front.