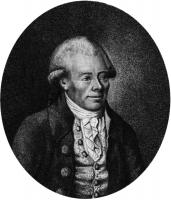 See the gallery for quotes by Georg C. Lichtenberg. You can to use those 8 images of quotes as a desktop wallpapers. 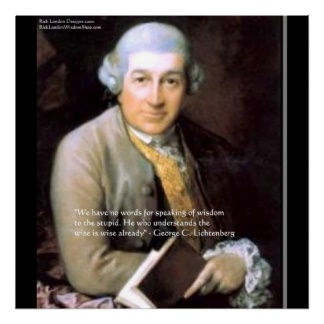 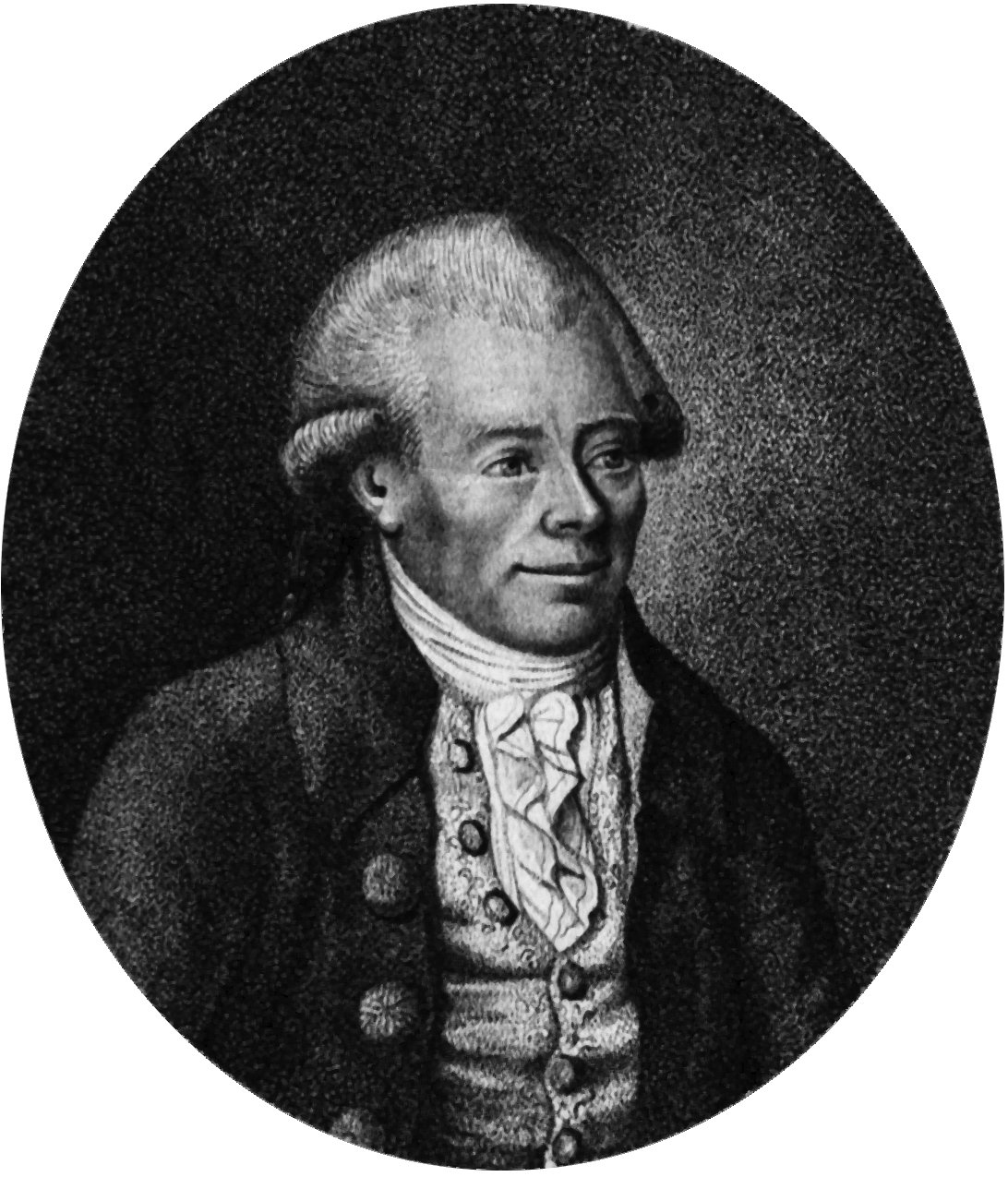 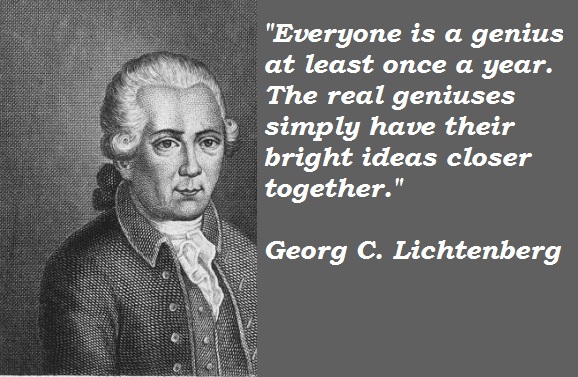 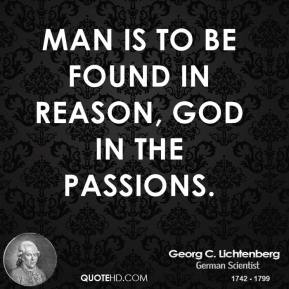 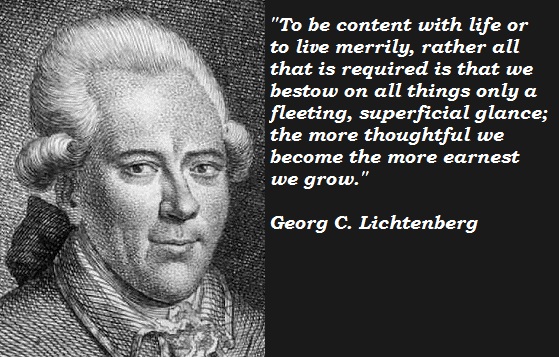 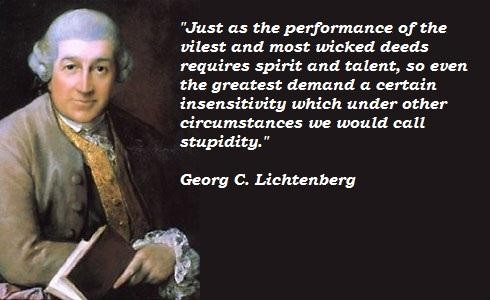 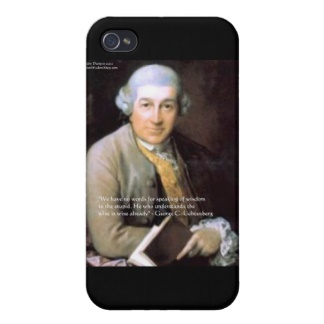 A book is a mirror: if an ape looks into it an apostle is hardly likely to look out.

A handful of soldiers is always better than a mouthful of arguments.

He who is in love with himself has at least this advantage - he won't encounter many rivals.

If you are going to build something in the air it is always better to build castles than houses of cards.

There are very many people who read simply to prevent themselves from thinking.

There exists a species of transcendental ventriloquism by means of which men can be made to believe that something said on earth comes from Heaven.

We cannot remember too often that when we observe nature, and especially the ordering of nature, it is always ourselves alone we are observing.

What is called an acute knowledge of human nature is mostly nothing but the observer's own weaknesses reflected back from others.

With a pen in my hand I have successfully stormed bulwarks from which others armed with sword and excommunication have been repulsed.

Just as we outgrow a pair of trousers, we outgrow acquaintances, libraries, principles, etc., at times before they're worn out and times - and this is the worst of all - before we have new ones.

Actual aristocracy cannot be abolished by any law: all the law can do is decree how it is to be imparted and who is to acquire it.

Delight at having understood a very abstract and obscure system leads most people to believe in the truth of what it demonstrates.

Even truth needs to be clad in new garments if it is to appeal to a new age.

I believe that man is in the last resort so free a being that his right to be what he believes himself to be cannot be contested.

If people should ever start to do only what is necessary millions would die of hunger.

If the little bit you have is nothing special in itself, at least find a way of saying it that is a little bit special.

It is almost everywhere the case that soon after it is begotten the greater part of human wisdom is laid to rest in repositories.

It is in the gift for employing all the vicissitudes of life to one's own advantage and to that of one's craft that a large part of genius consists.

Man is to be found in reason, God in the passions.

Many things about our bodies would not seem to us so filthy and obscene if we did not have the idea of nobility in our heads.

Never undertake anything for which you wouldn't have the courage to ask the blessings of heaven.

Nothing can contribute more to peace of soul than the lack of any opinion whatever.

Much more quotes by Georg C. Lichtenberg below the page.

Nothing makes one old so quickly as the ever-present thought that one is growing older.

Nowadays three witty turns of phrase and a lie make a writer.

That man is the noblest creature may also be inferred from the fact that no other creature has yet contested this claim.

The American who first discovered Columbus made a bad discovery.

The fly that doesn't want to be swatted is most secure when it lights on the fly-swatter.

The human tendency to regard little things as important has produced very many great things.

The most perfect ape cannot draw an ape; only man can do that; but, likewise, only man regards the ability to do this as a sign of superiority.

The noble simplicity in the works of nature only too often originates in the noble shortsightedness of him who observes it.

There is no greater impediment to progress in the sciences than the desire to see it take place too quickly.

To err is human also in so far as animals seldom or never err, or at least only the cleverest of them do so.

To grow wiser means to learn to know better and better the faults to which this instrument with which we feel and judge can be subject.

Virtue by premeditation isn't worth much.

We are obliged to regard many of our original minds as crazy at least until we have become as clever as they are.

Tags: Him, Position, Someone

With most people disbelief in a thing is founded on a blind belief in some other thing.

With prophecies the commentator is often a more important man than the prophet.

Man is a masterpiece of creation if for no other reason than that, all the weight of evidence for determinism notwithstanding, he believes he has free will.

The Greeks possessed a knowledge of human nature we seem hardly able to attain to without passing through the strengthening hibernation of a new barbarism.

Here take back the stuff that I am, nature, knead it back into the dough of being, make of me a bush, a cloud, whatever you will, even a man, only no longer make me me.

It is a question whether, when we break a murderer on the wheel, we do not fall into the error a child makes when it hits the chair it has bumped into.

One might call habit a moral friction: something that prevents the mind from gliding over things but connects it with them and makes it hard for it to free itself from them.

There are people who possess not so much genius as a certain talent for perceiving the desires of the century, or even of the decade, before it has done so itself.

To receive applause for works which do not demand all our powers hinders our advance towards a perfecting of our spirit. It usually means that thereafter we stand still.

What is the good of drawing conclusions from experience? I don't deny we sometimes draw the right conclusions, but don't we just as often draw the wrong ones?

I cannot say whether things will get better if we change; what I can say is they must change if they are to get better.

Everyone is a genius at least once a year. The real geniuses simply have their bright ideas closer together.

God created man in His own image, says the Bible; philosophers reverse the process: they create God in theirs.

Much can be inferred about a man from his mistress: in her one beholds his weaknesses and his dreams.

To be content with life or to live merrily, rather all that is required is that we bestow on all things only a fleeting, superficial glance; the more thoughtful we become the more earnest we grow.

Nothing is more conducive to peace of mind than not having any opinion at all.

We have no words for speaking of wisdom to the stupid. He who understands the wise is wise already.

Prejudices are so to speak the mechanical instincts of men: through their prejudices they do without any effort many things they would find too difficult to think through to the point of resolving to do them.

If all else fails, the character of a man can be recognized by nothing so surely as by a jest which he takes badly.

Doubt must be no more than vigilance, otherwise it can become dangerous.

We accumulate our opinions at an age when our understanding is at its weakest.

Just as the performance of the vilest and most wicked deeds requires spirit and talent, so even the greatest demand a certain insensitivity which under other circumstances we would call stupidity.

Perhaps in time the so-called Dark Ages will be thought of as including our own.

A person reveals his character by nothing so clearly as the joke he resents.

Man loves company - even if it is only that of a small burning candle.

Men still have to be governed by deception.

The pleasures of the imagination are as it were only drawings and models which are played with by poor people who cannot afford the real thing.

Once we know our weaknesses they cease to do us any harm.

Be wary of passing the judgment: obscure. To find something obscure poses no difficult, elephants and poodles find many things obscure.

Every man has his moral backside which he refrains from showing unless he has to and keeps covered as long as possible with the trousers of decorum.

The most dangerous untruths are truths slightly distorted.

The sure conviction that we could if we wanted to is the reason so many good minds are idle.

When an acquaintance goes by I often step back from my window, not so much to spare him the effort of acknowledging me as to spare myself the embarrassment of seeing that he has not done so.