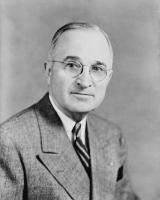 See the gallery for quotes by Harry S. Truman. You can to use those 7 images of quotes as a desktop wallpapers. 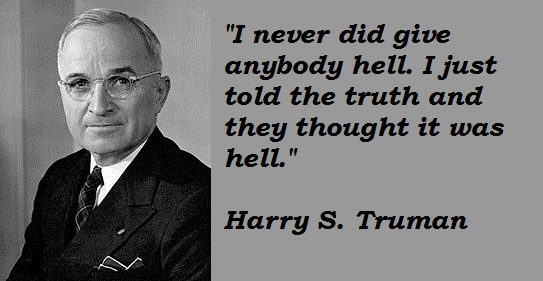 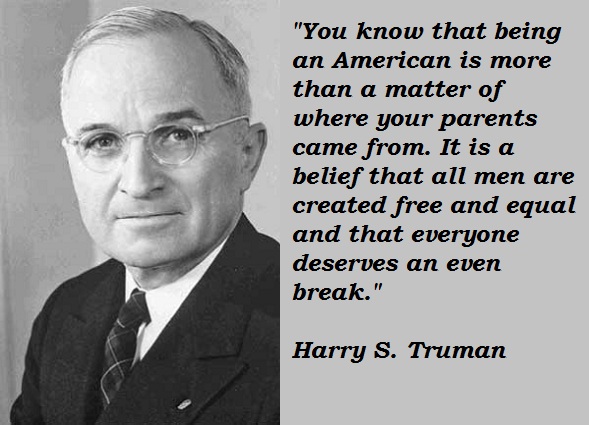 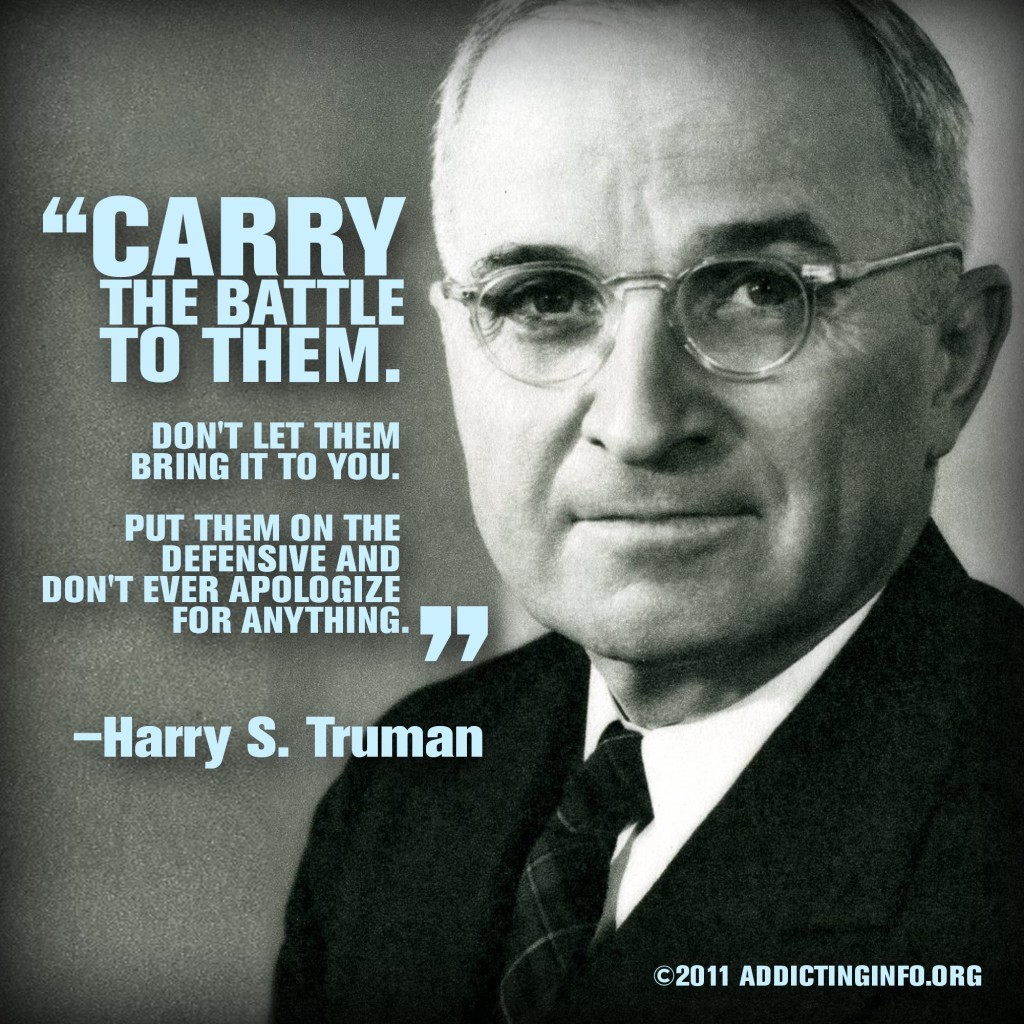 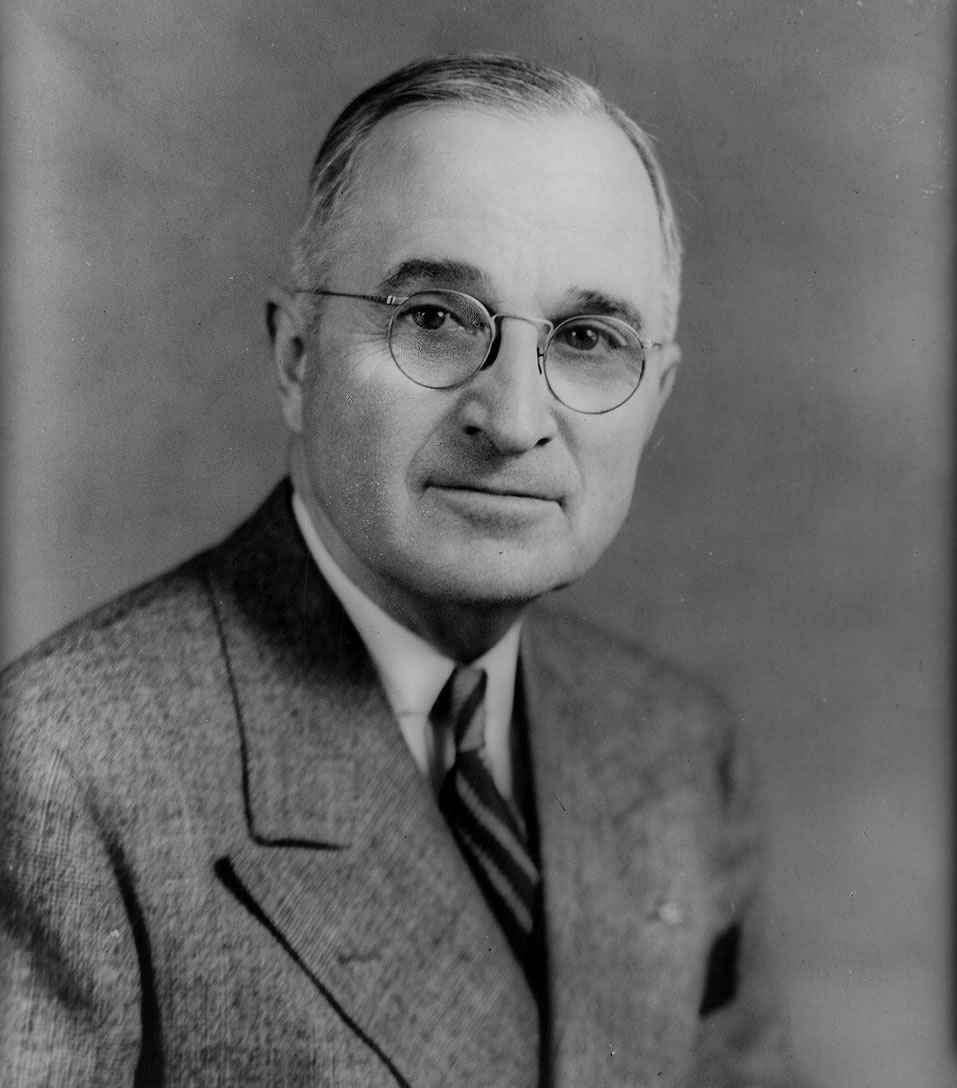 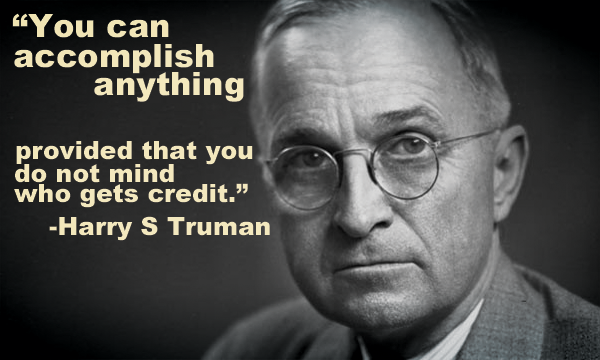 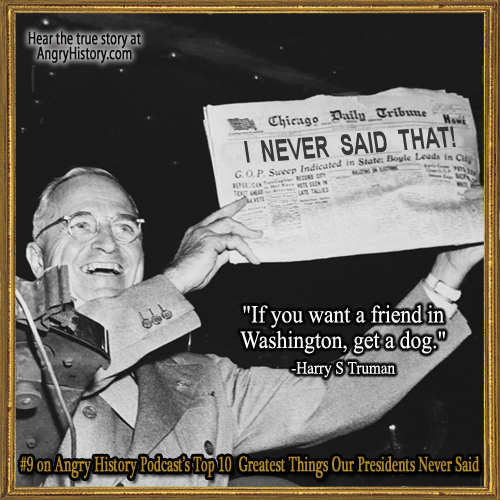 Richard Nixon is a no good, lying bastard. He can lie out of both sides of his mouth at the same time, and if he ever caught himself telling the truth, he'd lie just to keep his hand in.

I had faith in Israel before it was established, I have in it now. I believe it has a glorious future before it - not just another sovereign nation, but as an embodiment of the great ideals of our civilization.

All my life, whenever it comes time to make a decision, I make it and forget about it.

Upon books the collective education of the race depends; they are the sole instruments of registering, perpetuating and transmitting thought.

You can never get all the facts from just one newspaper, and unless you have all the facts, you cannot make proper judgements about what is going on.

The President is always abused. If he isn't, he isn't doing anything.

It's plain hokum. If you can't convince 'em, confuse 'em. It's an old political trick. But this time it won't work.

A President needs political understanding to run the government, but he may be elected without it.

Most of the problems a President has to face have their roots in the past.

I have found the best way to give advice to your children is to find out what they want and then advise them to do it.

The best way to give advice to your children is to find out what they want and then advise them to do it.

The only things worth learning are the things you learn after you know it all.

When you have an efficient government, you have a dictatorship.

I've said many a time that I think the Un-American Activities Committee in the House of Representatives was the most un-American thing in America!

Whenever a fellow tells me he's bipartisan, I know he's going to vote against me.

Tags: Against, Vote, Whenever

Any man who has had the job I've had and didn't have a sense of humor wouldn't still be here.

I would rather have peace in the world than be President.

In my opinion eight years as president is enough and sometimes too much for any man to serve in that capacity.

Always be sincere, even if you don't mean it.

Much more quotes by Harry S. Truman below the page.

The White House is the finest prison in the world.

There is nothing new in the world except the history you do not know.

If I'd known how much packing I'd have to do, I'd have run again.

The United Nations is designed to make possible lasting freedom and independence for all its members.

You can always amend a big plan, but you can never expand a little one. I don't believe in little plans. I believe in plans big enough to meet a situation which we can't possibly foresee now.

A politician is a man who understands government. A statesman is a politician who's been dead for 15 years.

Being too good is apt to be uninteresting.

If I hadn't been President of the United States, I probably would have ended up a piano player in a bawdy house.

My father was not a failure. After all, he was the father of a president of the United States.

This administration is going to be cussed and discussed for years to come.

Washington is a very easy city for you to forget where you came from and why you got there in the first place.

A president either is constantly on top of events or, if he hesitates, events will soon be on top of him. I never felt that I could let up for a moment.

We shall never be able to remove suspicion and fear as potential causes of war until communication is permitted to flow, free and open, across international boundaries.

It sure is hell to be president.

Well, I wouldn't say that I was in the great class, but I had a great time while I was trying to be great.

Whenever you put a man on the Supreme Court he ceases to be your friend.

I have no desire to crow over anybody or to see anybody eating crow, figuratively or otherwise. We should all get together and make a country in which everybody can eat turkey whenever he pleases.

The human animal cannot be trusted for anything good except en masse. The combined thought and action of the whole people of any race, creed or nationality, will always point in the right direction.

You and I are stuck with the necessity of taking the worst of two evils or none at all. So-I'm taking the immature Democrat as the best of the two. Nixon is impossible.

When even one American - who has done nothing wrong - is forced by fear to shut his mind and close his mouth - then all Americans are in peril.

I never did give anybody hell. I just told the truth and they thought it was hell.

It is amazing what you can accomplish if you do not care who gets the credit.

Men make history and not the other way around. In periods where there is no leadership, society stands still. Progress occurs when courageous, skillful leaders seize the opportunity to change things for the better.

A leader in the Democratic Party is a boss, in the Republican Party he is a leader.

America was not built on fear. America was built on courage, on imagination and an unbeatable determination to do the job at hand.

If you can't stand the heat, get out of the kitchen.

If you can't convince them, confuse them.

I do not believe there is a problem in this country or the world today which could not be settled if approached through the teaching of the Sermon on the Mount.

You want a friend in Washington? Get a dog.

I never gave anybody hell! I just told the truth and they thought it was hell.

It is understanding that gives us an ability to have peace. When we understand the other fellow's viewpoint, and he understands ours, then we can sit down and work out our differences.

Carry the battle to them. Don't let them bring it to you. Put them on the defensive and don't ever apologize for anything.

You know that being an American is more than a matter of where your parents came from. It is a belief that all men are created free and equal and that everyone deserves an even break.

In reading the lives of great men, I found that the first victory they won was over themselves... self-discipline with all of them came first.

Those who want the Government to regulate matters of the mind and spirit are like men who are so afraid of being murdered that they commit suicide to avoid assassination.

Experience has shown how deeply the seeds of war are planted by economic rivalry and social injustice.

All the president is, is a glorified public relations man who spends his time flattering, kissing, and kicking people to get them to do what they are supposed to do anyway.

The atom bomb was no 'great decision.' It was merely another powerful weapon in the arsenal of righteousness.

The reward of suffering is experience.

The Marine Corps is the Navy's police force and as long as I am President that is what it will remain. They have a propaganda machine that is almost equal to Stalin's.

Actions are the seed of fate deeds grow into destiny.