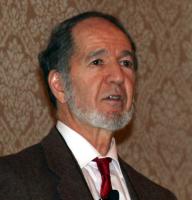 See the gallery for quotes by Jared Diamond. You can to use those 8 images of quotes as a desktop wallpapers. 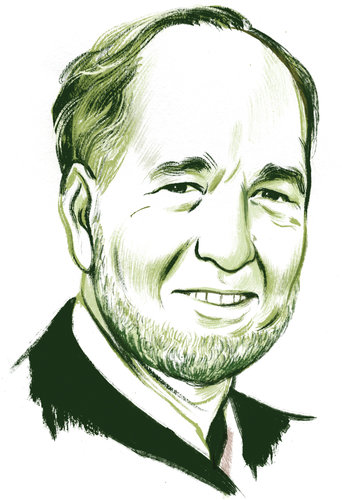 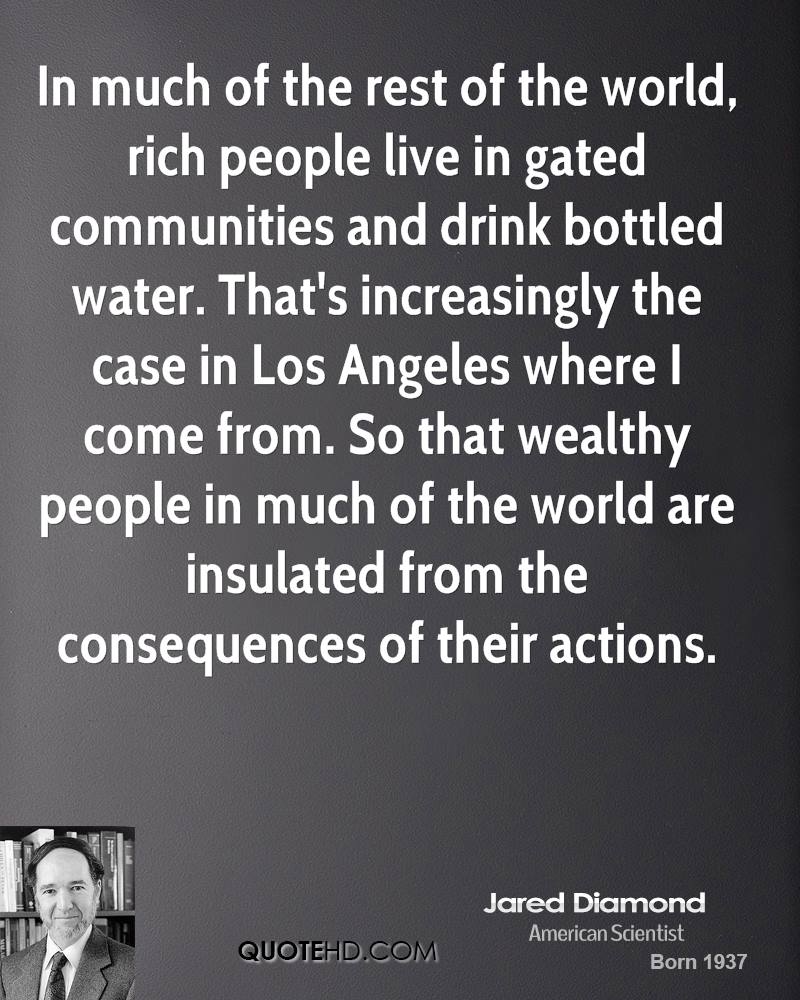 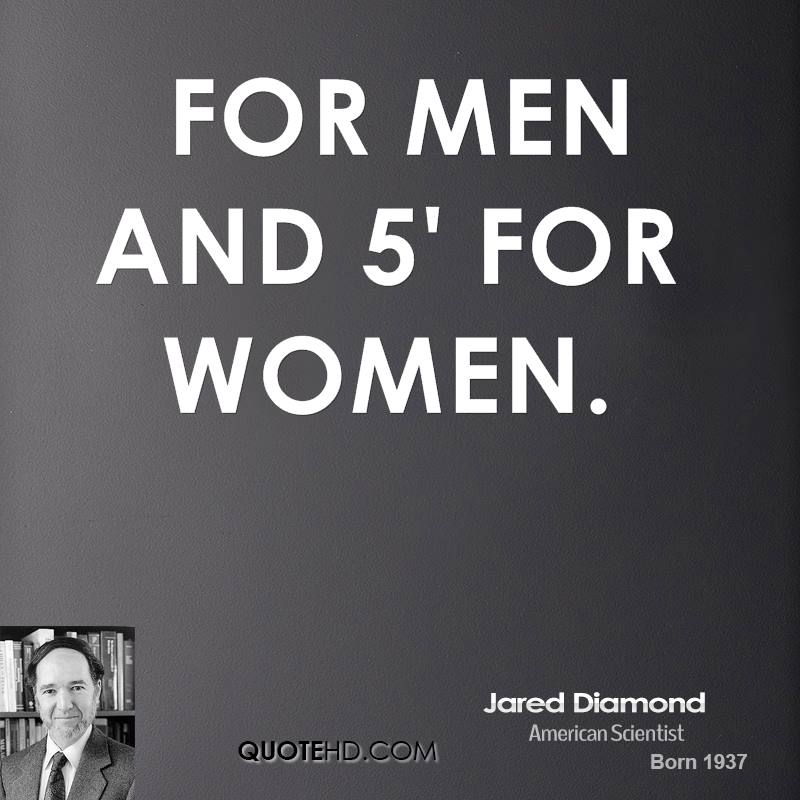 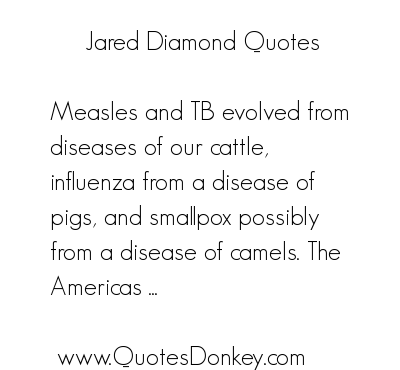 Take air quality in the United States today: It's about 30 percent better than it was 25 years ago, even though there are now more people driving more cars.

Tasmanian history is a study of human isolation unprecedented except in science fiction - namely, complete isolation from other humans for 10,000 years.

Technology causes problems as well as solves problems. Nobody has figured out a way to ensure that, as of tomorrow, technology won't create problems. Technology simply means increased power, which is why we have the global problems we face today.

The main thing that gives me hope is the media. We have radio, TV, magazines, and books, so we have the possibility of learning from societies that are remote from us, like Somalia. We turn on the TV and see what blew up in Iraq or we see conditions in Afghanistan.

The rate of human invention is faster, and the rate of cultural loss is slower, in areas occupied by many competing societies with many individuals and in contact with societies elsewhere.

The United States has long thought of itself as the land of infinite plenty, and historically we did have abundant resources. But now we are gradually exhausting our fisheries, our topsoil, our water. On top of that, we're coming to the end of world resources.

Thousands of years ago, humans domesticated every possible large wild mammal species fulfilling all those criteria and worth domesticating, with the result that there have been no valuable additions of domestic animals in recent times, despite the efforts of modern science.

Twenty years ago, you might have been pessimistic and said there's no hope. But these days, some of our very biggest companies are acting remarkably cleanly. And in some cases, although not all cases, the CEOs are the driving forces behind that.

We can't manipulate some stars while maintaining other stars as controls; we can't start and stop ice ages, and we can't experiment with designing and evolving dinosaurs.

Biology is the science. Evolution is the concept that makes biology unique.

Human societies vary in lots of independent factors affecting their openness to innovation.

I personally am not conscious of my accent.

Some people have much more pull than other people. But when I say that the public has ultimate responsibility, I'm not saying it in a moral sense. I'm just saying it in the sense of what is it that's really going to bring change.

Starbucks goes to a great effort, and pays twice as much for its coffee as its competitors do, and is very careful to help coffee producers in developing countries grow coffee without pesticides and in ways that preserve forest structure.

All human societies go through fads in which they temporarily either adopt practices of little use or else abandon practices of considerable use.

Tags: Either, Else, Human

Australia is the most isolated continent.

I'd rather spend my leisure time doing what some people call my work and I call my fun.

We're uncomfortable about considering history as a science. It's classified as a social science, which is considered not quite scientific.

Much more quotes by Jared Diamond below the page.

Why did human development proceed at such different rates on different continents for the last 13,000 years?

Eurasia ended up with the most domesticated animal species in part because it's the world's largest land mass and offered the most wild species to begin with.

I decided that now is the time to start doing the things that really interest me and I find important. It was in the 10 years of the MacArthur grant that I began working on my first book... and I began putting more work into environmental history.

I've worked very hard in this book to keep the lines of communication open. I don't want to turn someone away from this information for partisan political reasons.

Infectious diseases introduced with Europeans, like smallpox and measles, spread from one Indian tribe to another, far in advance of Europeans themselves, and killed an estimated 95% of the New World's Indian population.

Tags: Another, Far, Themselves

Lest those islands still seem to you too remote in space and time to be relevant to our modern societies, just think about the risks... of our increasing globalization and increasing worldwide economic interdependence.

Measles and TB evolved from diseases of our cattle, influenza from a disease of pigs, and smallpox possibly from a disease of camels. The Americas had very few native domesticated animal species from which humans could acquire such diseases.

No government is here forever. And there are other forces - the most potent force in our society, in fact, big business - doing good for the environment.

I am on sabbatical as of right now, been too busy to think of about my OWN needs as of late.

I can write music but I'm not much for words.

I'm delighted to be Number 1, but next week I don't want people to buy my record, I want them to buy Band Aid.

In postscript let's just say that I am very fortunate cause I've gotten to work with a lot of great bands!

Most modern stuff I hear kinda sucks, someone should turn me onto something good, fast!

Hey bands, you're all welcome to fly me to some exotic location and I'll record you there, Y'know that right? You don't have to come to this God forsaken place. Hope I can visit you all in Australia one of these days that would be hot! We'll talk again soon.

Next time we need to be on drugs and have lots of suffering and alcohol abuse going on while recording, I'm kinda picturing a Jerry Lee Lewis session from the mid Seventies.