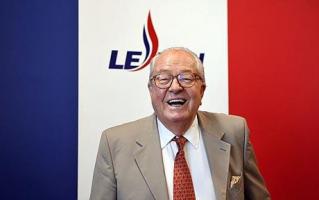 See the gallery for quotes by Jean-Marie Le Pen. You can to use those 8 images of quotes as a desktop wallpapers. 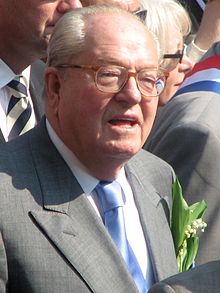 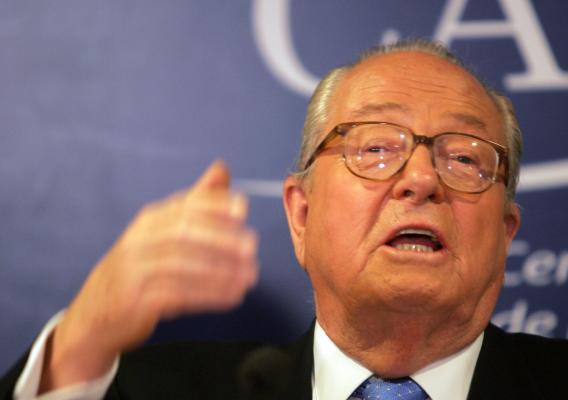 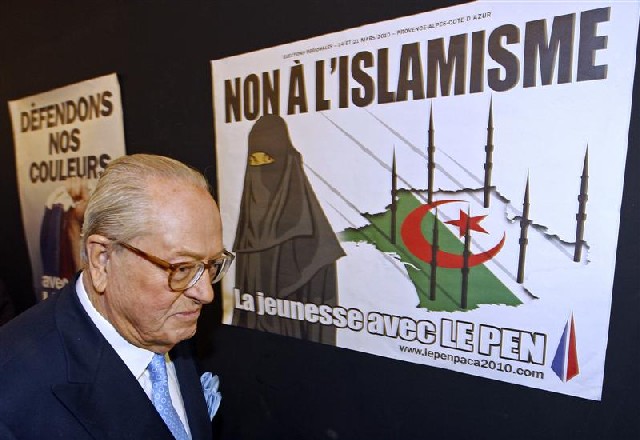 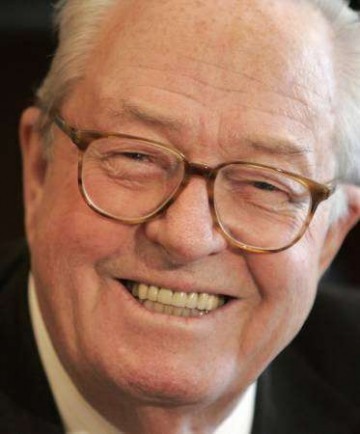 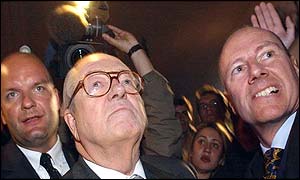 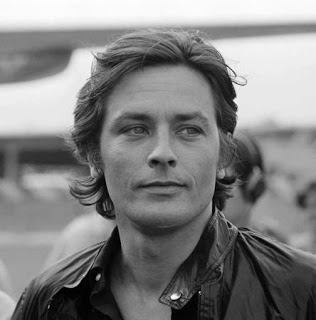 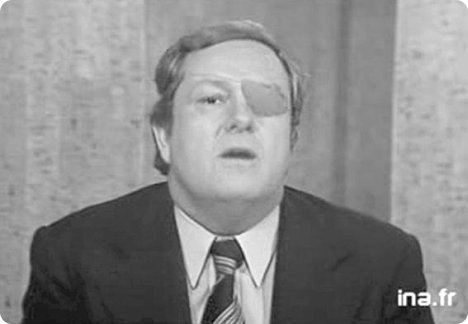 The government would have preferred not to take a stand, but the constant presence of the Israeli-Arab conflict on our television screens made it an issue that could no longer be avoided.

The result is that you are now experiencing what we experienced in the war in Algeria: The Israeli government says that it is a victim of terrorist activity, but this activity is less visible than the military strikes.

When you write a two thousand page history of the Second World War, the deportations and the concentration camps will take up five pages, and the gas chambers perhaps 20 lines.

I'm always suspicious of people who repent of other people's sins.

An ancient dictum says that when Zeus wanted to destroy someone, he would first drive him mad.

Everyone sees drama from his own perspective.

After all, you're not exactly a nation like all the other nations. You are unique, if only because you are such an ancient people, and because of the way you are spread all over the world and your obvious success in many fields.

France was an occupied country, a country that surrendered and was left without the right to choose.

I'm not saying that the gas chambers didn't exist. I couldn't see them myself.

In my speeches, I always condemned communism, national-socialism and fascism.

Millions also perished in the Chinese camps, and there have been terrible genocides in Cambodia and Vietnam.

My father was killed by a German mine, while I lost other relatives in Allied bombing attacks.

Political rivals attacked me. I was savagely beaten. I was kicked in the face and I lost my eye as a result.

The much greater crimes of the Soviet Gulags occurred over decades and cost millions of lives.

The Second World War claimed tens of millions of victims.

The suffering caused by the terrorists is the real torture.

There was no reason to label us as anti-Semitic.

There wasn't anti-Semitism in France.

What's surprising is that the people who fought against torture here are the communists.

When two drivers curse each other on the road, and one of them happens to be a Jew, you can't define that as anti-Semitism.

You cannot speak on behalf of a nation when you have no mandate to do so.

As for me, even though I have been accused of anti-Semitism countless times, no one has ever heard me make anti-Semitic statements or engage in anti-Semitic behavior.

By analogy, if we were to develop a soccer team, then we would not invite basketball and volleyball players to the try outs. We would invite soccer players to apply.

Much more quotes by Jean-Marie Le Pen below the page.

If you take a book of a thousand pages on the Second World War, in which 50 million people died, the concentration camps occupy two pages and the gas chambers ten or 15 lines, and that's what one calls a detail.

In recent years - before the intifada - there were three or four incidents of anti-Semitism a year, and that's out of 18 million crimes and violations of the law.