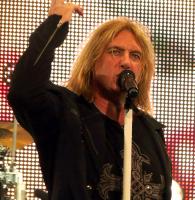 See the gallery for quotes by Joe Elliott. You can to use those 7 images of quotes as a desktop wallpapers. 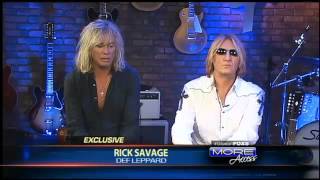 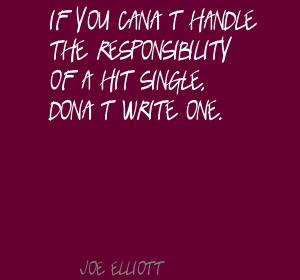 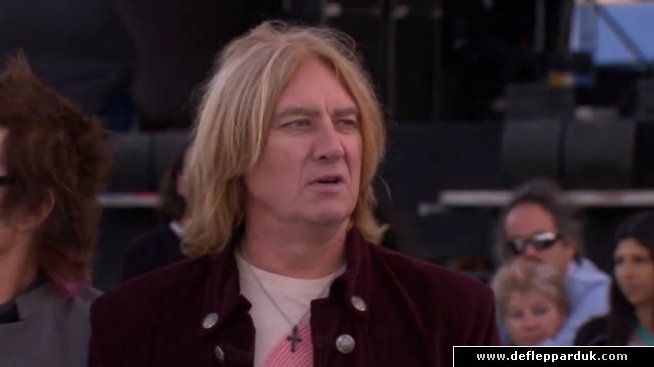 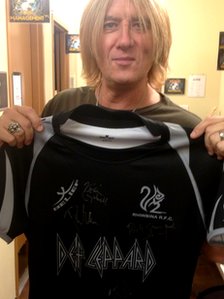 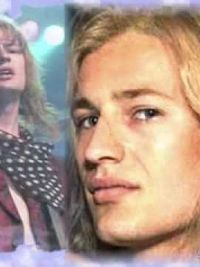 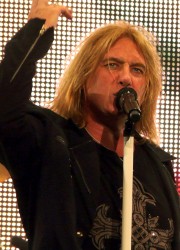 If you can't handle the responsibility of a hit single, don't write one.

The Vatican takes your breath away.

Any idiot who knows five chords can bang a song together. But it's probably going to be rubbish.

I saw the Stones three years ago at the Wiltern Theater in L.A. and that was mind blowing.

I wanted to write a song that's known to the world as a classic, stadium-rock anthem.

In England, rock music very rarely infiltrates the charts, but country music even less so.

The best holiday I ever had was the first one I went on without my parents, when I was 17.

There were incredibly few rock songs making it out to the airwaves until the '80s came along.

Writing a song is actually quite easy. Writing a good one is very, very difficult.

Even Crazy Horses is a good song, by the Osmonds. I've known many bands who have covered that. It's just a great song. I bought it in a brown, paper bag because I didn't want anyone to know I had it.

I love the fact we're still on the road. I was born to be a factory worker really, so for me the chance to get on stage at Wembley 30 years after we started is amazing.

If you don't physically age gracefully, it's a bit sad. I think Steven Tyler can get away anything, because he still looks like he did in '73. Especially from row Z backwards in an arena. As long as the Stones keep their hair and don't get fat they'll get away with the wrinkles.

It's big production. It's huge. It's using studio technology to your benefit. You don't go in and play live and then just take the tapes and get them mastered. You have to create.

Manhattan's always fascinating, too, just a big, stinky, smelly conglomeration of numbered avenues and streets, but it's just got a vibe that's hard to beat. I shouldn't like it, but I do. I can't put my finger on it.

That's why 60,000 people go ape when the Stones play 'Satisfaction.' The songs are part of their legacy, and you fall back in love with them over the years.

To be honest, I'm a bit of a snob now; give me a Four Seasons anywhere in the world and I'm happy. Also, they've just opened a Ritz-Carlton in County Wicklow, Ireland, which is stunning and has great views.

We are just fans of music, we are not fans of a specific kind of music. We just happen to be a rock band. Until we explain ourselves, sometimes people don't understand why we limit ourselves to just being a rock band. It's because that is what we like doing.

Much more quotes by Joe Elliott below the page.

We used to have our own plane with the band's name on the side. It was a dream come true. You drive to a local airport. There's none of this checking in stuff; you just get on the plane.

When we try to write a pop song, we go for standard pop arrangements, even to the point where we will go to the key change at the end, which is really cheesy.