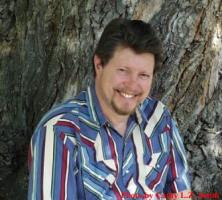 See the gallery for quotes by L. Neil Smith. You can to use those 8 images of quotes as a desktop wallpapers. 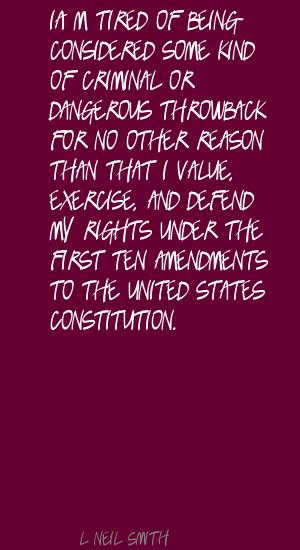 I'm tired of being considered property.

I'm tired of being lied to by government, by the media, and by every corporation I have anything to do with.

I'm tired of living in a police state.

Lincoln emancipated nobody. The man freed not a single slave.

The claim that the World Trade Center and the Pentagon were attacked because fundamentalists hate our prosperity and freedom is a ridiculous lie.

This planet is 15 million years overdue for an asteroid strike like the one that killed the dinosaurs.

Much more quotes by L. Neil Smith below the page.

I propose a Constitutional Amendment providing that, if any public official, elected or appointed, at any level of government, is caught lying to any member of the public for any reason, the punishment shall be death by public hanging.

It is individuals who must be encouraged to undertake the unprecedented - and unprecedentedly profitable - effort to prevent the annihilation of the human race.

It's often been observed that the first casualty of war is the truth. But that's a lie, too, in its way. The reality is that, for most wars to begin, the truth has to have been sacrificed a long time in advance.