See the gallery for quotes by Lech Walesa. You can to use those 8 images of quotes as a desktop wallpapers. 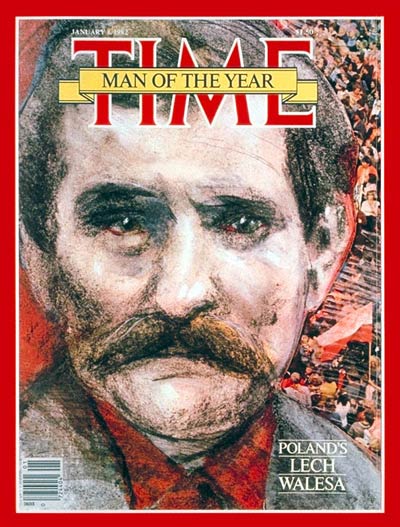 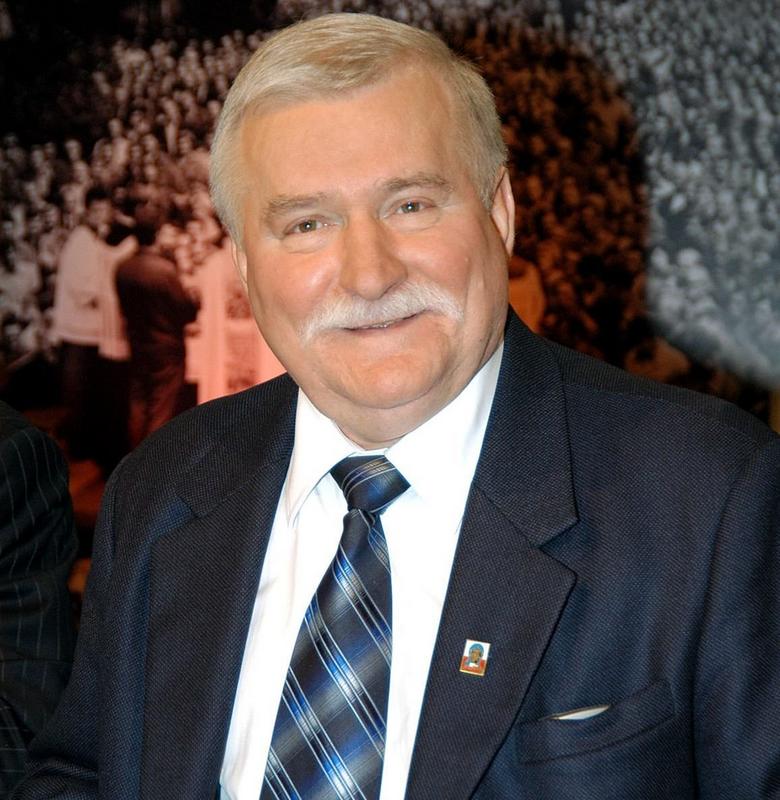 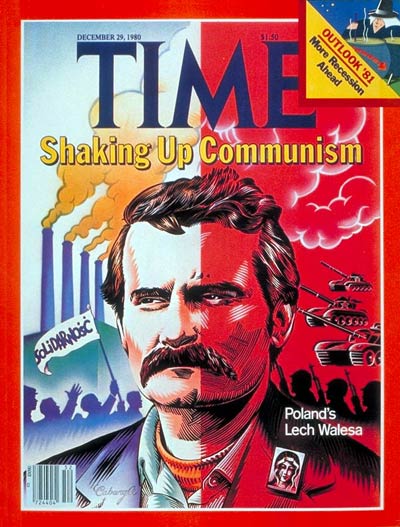 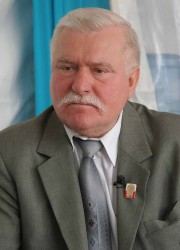 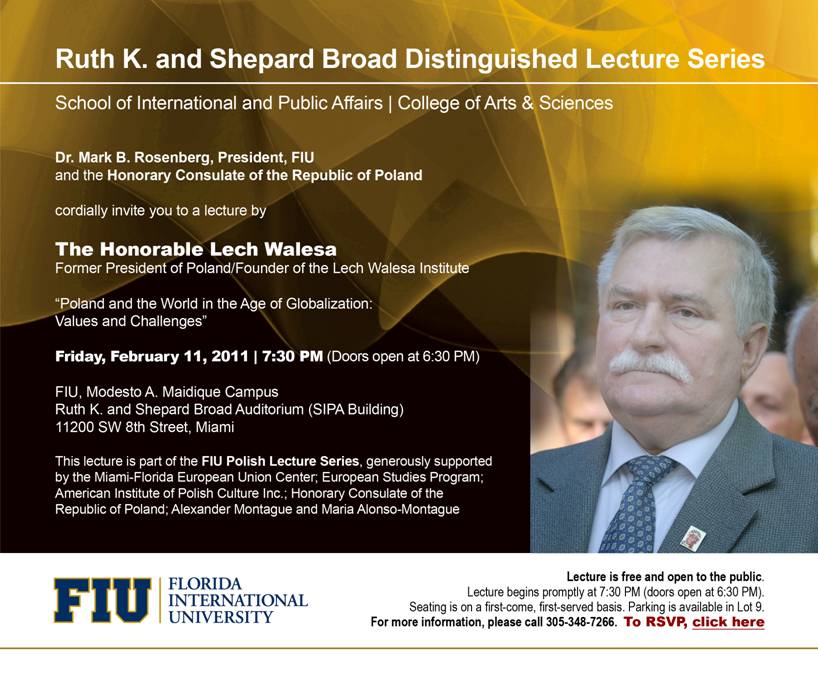 Freedom must be gained step by step, slowly. Freedom is a food which must be carefully administered when people are too hungry for it.

I am happy that Poland is returning to the road of pluralism and democracy.

I am no politician.

I can't imagine the right wing trying to unite without my participation.

I cannot stand for more than half an hour in one place.

I decided to get to know my opponents and their arguments.

I got politics and economics moving and then others took over.

I had my own battle tactics.

I hope to work harder than ever to help people around the world.

I made the right decisions, I set everything on the right course, the reforms are going in the right direction.

I must tell you that the supply of words on the world market is plentiful, but the demand is falling.

I realize that the strivings of the Polish people gave rise, and still do so, to the feelings of understanding and solidarity all over the world.

I represent the concept that pluralism is essential, union pluralism. I made an oath about this.

I risked my life.

I want to light the lights of patriotism.

My health is very much improved.

Now is the era of intellect, information and the Internet.

One could always do more, faster and cleverer, but democracy has its own rhythm.

People always ask me, 'Lech, aren't you afraid of being killed?' And as an answer I shrug my shoulders.

People are most important.

The program of our movement stems from the fundamental moral laws and order.

The supply of words in the world market is plentiful but the demand is falling. Let deeds follow words now.

There is something of the warrior in me.

Much more quotes by Lech Walesa below the page.

You should go to the polls, organize yourself. But once lawmakers are chosen, they must be respected.

Tags: Once, Respected, Yourself

I belong to a nation which over the past centuries has experienced many hardships and reverses. The world reacted with silence or with mere sympathy when Polish frontiers were crossed by invading armies and the sovereign state had to succumb to brutal force.

I belong to the generation of workers who, born in the villages and hamlets of rural Poland, had the opportunity to acquire education and find employment in industry, becoming in the course conscious of their rights and importance in society.

I most sincerely wish that the world in which we live be free from the threat of a nuclear holocaust and from the ruinous arms race. It is my cherished desire that peace be not separated from freedom which is the right of every nation. This I desire and for this I pray.

I use many different gadgets connected with computers; I use PCs, laptops and a Palm Pilot. I also use the Internet to visit websites, especially within Polish-language Internet. I usually go to political discussion groups and sites - of course, as I use my real name, people never believe that they are chatting with me!

Lying at the root of the social agreements of 1980 are the courage, sense of responsibility, and the solidarity of the working people. Both sides have then recognized that an accord must be reached if bloodshed is to be prevented.

My country is in the grips of a major economic crisis. This is causing dramatic consequences for the very existence of Polish families. A permanent economic crisis in Poland may also have serious repercussions for Europe. Thus, Poland ought to be helped and deserves help.

My most ardent desire is that my country will recapture its historic opportunity for a peaceful evolution and that Poland will prove to the world that even the most complex situations can be solved by a dialogue and not by force.

My youth passed at the time of the country's reconstruction from the ruins and ashes of the war in which my nation never bowed to the enemy paying the highest price in the struggle.

The hope of the nation which throughout the nineteenth century had not for a moment reconciled itself with the loss of independence, and fighting for its own freedom, fought at the same time for the freedom of other nations.

The politicians always told us that the Cold War stand-off could only change by way of nuclear war. None of them believed that such systemic change was possible.

This conviction brought me, in the summer of 1978, to the Free Trade Unions - formed by a group of courageous and dedicated people who came out in the defense of the workers' rights and dignity.

What until then seemed impossible to achieve has become a fact of life. We have won the right to association in trade unions independent from the authorities, founded and shaped by the working people themselves.

When I recall my own path of life I cannot but speak of the violence, hatred and lies. A lesson drawn from such experiences, however, was that we can effectively oppose violence only if we ourselves do not resort to it.

When I was fighting communism, there was rapid development of satellite television and cell phones, and communism, to survive, would have to block all these information devices.

You have riches and freedom here but I feel no sense of faith or direction. You have so many computers, why don't you use them in the search for love?

It is hardly possible to build anything if frustration, bitterness and a mood of helplessness prevail.

I'm lazy. But it's the lazy people who invented the wheel and the bicycle because they didn't like walking or carrying things.

We shall not yield to violence. We shall not be deprived of union freedoms. We shall never agree with sending people to prison for their convictions.

I believe that any violation of privacy is nothing good.

The fall of the Berlin Wall makes for nice pictures. But it all started in the shipyards.

Authority must be respected and chosen wisely.

Our national history has so often filled us with bitterness and the feeling of helplessness.

We hold our heads high, despite the price we have paid, because freedom is priceless.

As a nation we have the right to decide our own affairs, to mould our own future. This does not pose any danger to anybody. Our nation is fully aware of the responsibility for its own fate in the complicated situation of the contemporary world.

Communism is a monopolistic system, economically and politically.

Dictators and oppressors should continue to fear me because I will be here for a long time.

He who puts out his hand to stop the wheel of history will have his fingers crushed.

I am overjoyed that I do not need a heart transplant at this time.

I don't like to look a man in the eye.

I have a vision, and I know I'm right.

I have always been and will be an enemy of communism, but I love all people.

I will talk and act, not on my knees, but with prudence.

Let the veil of silence fall presently over what happened afterwards. Silence, too, can speak out.

Our firm conviction that ours is a just cause and that we must find a peaceful way to attain our goals gave us the strength and the awareness of the limits beyond which we must not go.

The defense of our rights and our dignity, as well as efforts never to let ourselves to be overcome by the feeling of hatred - this is the road we have chosen.

Communists are great capitalists, so there is no threat anymore.

For now, capitalism is working to produce more money but does not see the people. This problem is getting worse across the world.