See the gallery for quotes by Liev Schreiber. You can to use those 6 images of quotes as a desktop wallpapers. 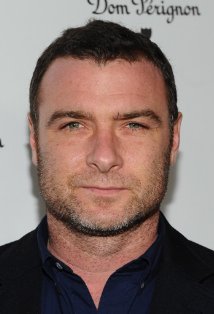 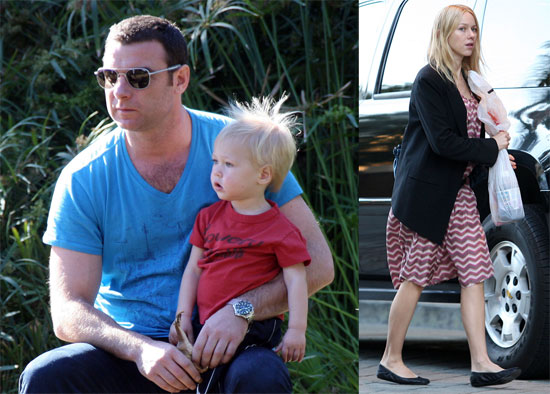 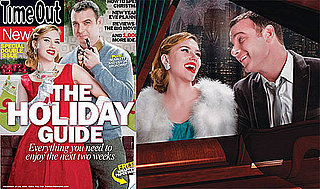 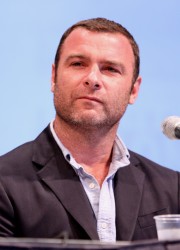 If you are going to remake a film, you may as well remake a classic.

If you fall in love with somebody you're working with, fine, but wait till your project is over.

My publicist told me not to talk about politics but, yes, I think we have a president who stole the election.

No, I grew up admiring people who played ice hockey.

Part of what I enjoy about the theatre and acting is that sense of history.

Style, no matter how outrageous it is, is still an expression of someone's personality. And my personality is somewhere stuck in the classics.

That's one of the benefits of working on big budget films. You work with people who have a lot of experience and you get to learn a lot.

The best gig is the one you've got.

The funny thing is that I write and I act a lot about being Jewish, but I don't really think about it as a regular person.

When you're in a place like New York or D.C. you just can't beat it, and it's so hard to recreate because they are both such distinctive places.

Where else do you find great directors? Acting is one of the places.

You always have to create the character from the ground up.

You know, I have a deep, deep affinity for Dr. Suess.

You should never ask actors about politics.

And I think for me there's a lot of neurosis involved with where you should be or thinking about where you are all the time instead of being where you are.

Much more quotes by Liev Schreiber below the page.

Don't hit people; don't let it get you too angry; remember that everything you do can and will be used against you. And take a breath and have some perspective.

Hamlet is a remarkably easy role. Physically it's hard because it tends to be about three hours long and you're talking the whole time. But it's a simple role and it adapts itself very well, because the thing about Hamlet is, we all are Hamlet.

I didn't think that a career in theater was very realistic so I thought the only thing I could make money doing and still be somewhat artistic was, god help me, advertising.

I love having that creative discussion where, at the end of the day, you both feel better for having done it. Maybe it's a typically Jewish thing, where you sort of go at each other.

I think it's really, really important to mix it up as an actor, to try to get as much kind of varied experience as you can, not only for your own personal growth as an actor but for the audience to keep them guessing about what you're going to do.

I was a writer. I just wasn't a very good one. I was lucky enough to have a playwriting teacher who told me that I'd be a better actor than I would a playwright.

I'm drawn to people who share that sense of loss. All actors are trying to repair damaged relationships. I think that might be why I've been drawn to other actors.

Well, I don't think I've ever been a huge target for the press, and I value that to a degree, because there's a certain value for actors staying beneath the radar so they can play characters.

You watch a hockey game, and the hand-eye coordination and the speed is really miraculous; how those guys track the puck alone, just following it with their eyes.

The skill set for hockey is so specific to skating and if you haven't been skating as a kid it's impossible to play - and I wasn't a skater.

A lot of times in Hollywood you're as good as your last job.

Actors, you know, they're often awkward people in real life.

Every girl I've gone out with has said something to me first.

I actually loved Winnipeg. Everyone told me I was going to hate it, but it was great.

I am so used to being able to express myself from being an actor. So when people don't understand me, I'm just completely lost.

I am very good with dialects, but the two that I can't do for some reason are the South African and Australian.

I find that the most interestingly written parts happen to be the bad guys.

I get panic attacks in big crowds.

I grew up in the Lower East Side of New York.

I manage to hide in my movies.

I really don't think there is anybody in the business with better eyes than Elijah Wood.

I think New York will always be this incredible international crossroads, and I don't think that will ever change.

I think that everything I've ever done at some point is part of someone else's legacy.

Tags: Done, Else, Someone

I was always curious about motivation and intention, and really, that's a lot of what acting is.

I was always drawn to tough girls. I liked that domineering thing.

I'm a typically lazy person. It is sort of characteristic of actors.

I'm kind of an obsessive-compulsive person, like, neat obsessive.

I'm misrepresented as a scary person. I'm not. It's all about my size and my eyebrows.

I'm not that interested in working with impervious people.

If I'm doing my job as an actor, the audience knows everything I know about the character.