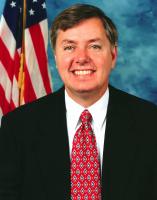 See the gallery for quotes by Lindsey Graham. You can to use those 7 images of quotes as a desktop wallpapers. 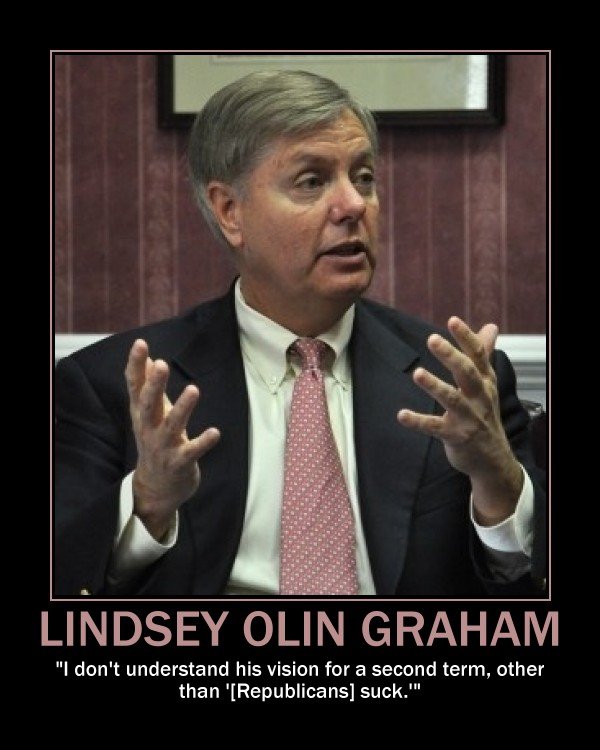 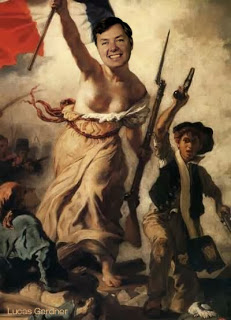 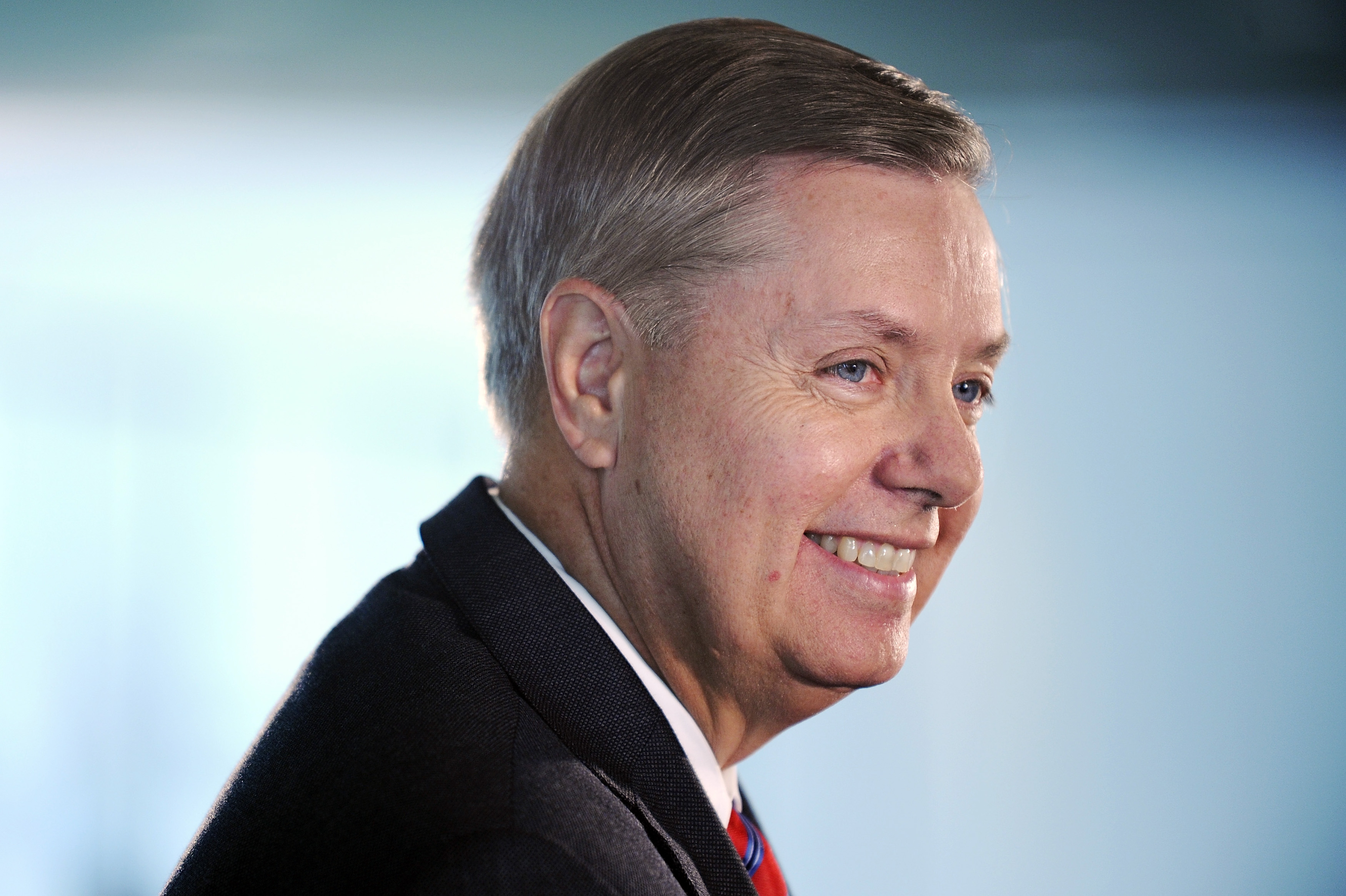 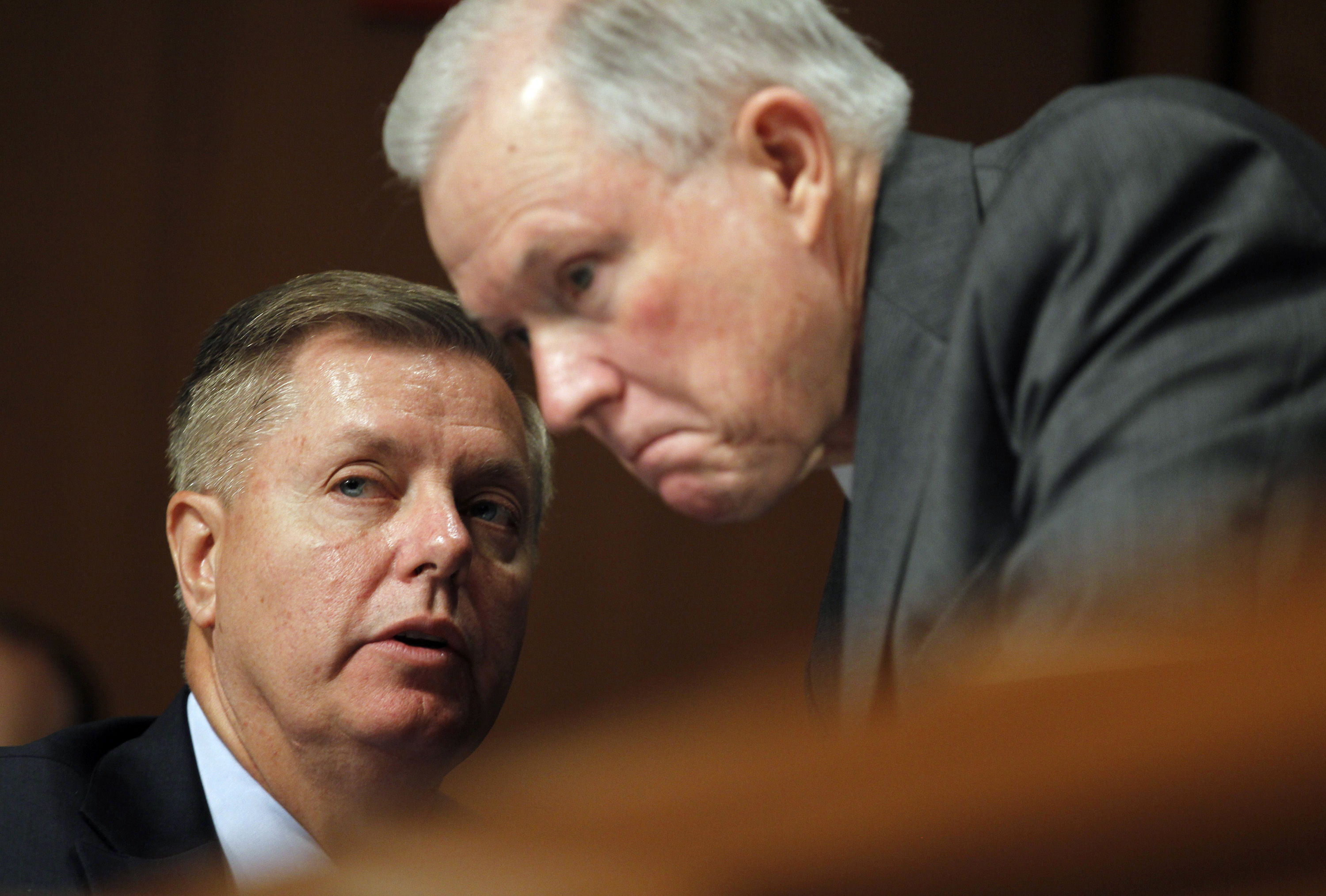 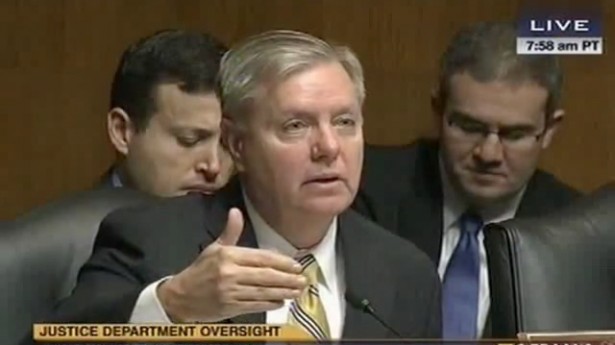 The president of the United States let the consulate in Libya become a death trap.

This idea of holding the Defense Department hostage to the tax debate makes me sick to my stomach. Knock it off.

We cannot win this war on terror if people are undercutting us. And one way to undercut us is to empower Iran.

We don't have a lot of Reagan-type leaders in our party. Remember Ronald Reagan Democrats? I want a Republican that can attract Democrats.

We're failing when it comes to controlling spending.

Well, thank God for a media that will ask questions.

What's going on in the Senate is kind of a politics of escalation. We're getting sort of like the Mideast: pay back everybody when you're in charge.

Tags: Everybody, Getting, Politics

You know, the commander-in-chief's first responsibility is look out for those in uniform who fight the wars.

I dare say there may be some men and women in the Armed Forces who are so decent that they would say: Give the Iraqi people money, we do not want to be paid back. That is the strength of our country.

If you increase taxes now on - at any level, it's going to make it harder to create jobs And we've lost 2 1/2 million jobs since the stimulus package passed. We're at 9.6 unemployment. So I don't think we tax too little, I think we spend too much.

President Bush has shown great leadership. He has said that the 21st century will not be ruled or dictated by terrorists, dictators, and murderers. He is absolutely right. God bless him for his resolve.

Social Security must be preserved and strengthened. But we need to be candid about the costs and willing to make the tough choices that real reform will require.

The healthcare bill not only is a monstrosity in terms of growing the government and cutting out the private sector, the way it was passed was sleazy. Every old Washington trick was used to pass the healthcare bill.

There's a lot of things we can do to balance out what Obama's done and going forward show the American people the Republican Party can govern. I want a coalition of tea party people, independents, moderate Democrats trying to find a way to move this country forward before we become Greece.

We will never win this war until we understand the effect that Guantanamo Bay has had on the overall war effort. And we'll never get the support of the American people if we can't prove to them that these folks that we're dealing with are not common criminals. We're going to keep them - keep you safe from them.

We've got fifty people at Gitmo that are too dangerous to be let go that will never go through a normal criminal trial. Let's create a new legal system, so they'll have their day in court.

Well, the big elephant in the whole system is the baby boomer generation that marches through like a herd of elephants. And we begin to retire in 2008.

Why did we go to war? Why did we pick people from South Carolina, California, and all the places in between to go to a foreign land and risk their lives and have some die? To make sure that Saddam Hussein could do no more damage to the region or us than he has already done.

Conservatives have a different view of a lot of issues versus our friends on the other side. The election determines how that shakes out.

I don't blame anybody for using the tax code to their advantage.

Al Qaeda is alive and well in Libya, Iraq, Syria and the wars are not receding.

Detainee policy in this war is hard, it's complicated, but we must get it right. We would be better off as a nation if we could close Gitmo safely and start a new prison that he could use that the world would see as a better way to doing business.

Much more quotes by Lindsey Graham below the page.

The American consumer is also the American worker, and if we don't do something to protect our manufacturing base here at home, it is going to be hard to buy any retail goods.

The sooner we get started with alternative energy sources and recognize that fossil fuels makes us less secure as a nation, and more dangerous as a planet, the better off we'll be.

At the end of the day, Mitt Romney and Ann Romney are two fine people.

I think no one has ever been re-elected with unemployment over 7.6 percent.

I'm the ranking Republican on the foreign aid appropriations subcommittee, so I know Tunisia well.

If 'Obama-care' becomes fully implemented in 2014, it's going to bankrupt states.

Iran is part of the problem, not the solution. And the Russian government is ignoring reality.

It puts limits on criminals' rights to destroy unborn children without the permission of the woman.

It's one thing to shoot yourself in the foot. Just don't reload the gun.

Look how many millions of people are underemployed or have lost their jobs. The last thing I'm going to do is play politics with their future.

No employer is going to hire robustly until they know what the health care cost is going to be.

Thank God for some Republican control of one branch of the government.

The Afghan security forces will always have the help of the U.S. American military to ensure that Afghanistan never fails.

The intelligence community gets hurt through sequestration.

The legal system in Afghanistan is very immature and porous.

The politics of judges is getting to be red hot.