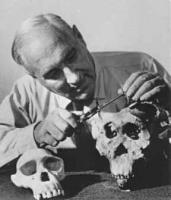 See the gallery for quotes by Louis Leakey. You can to use those 8 images of quotes as a desktop wallpapers. 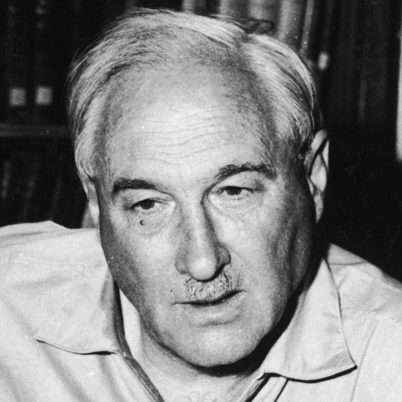 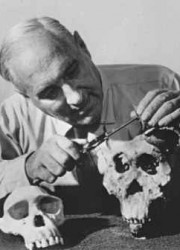 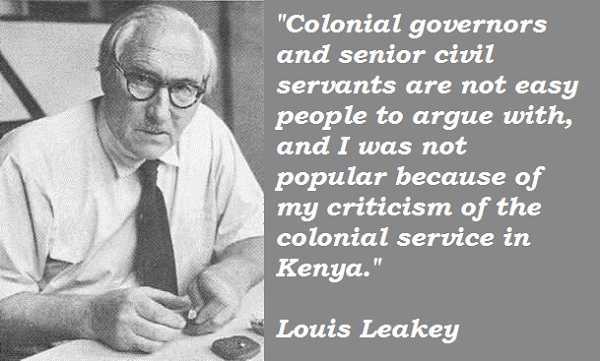 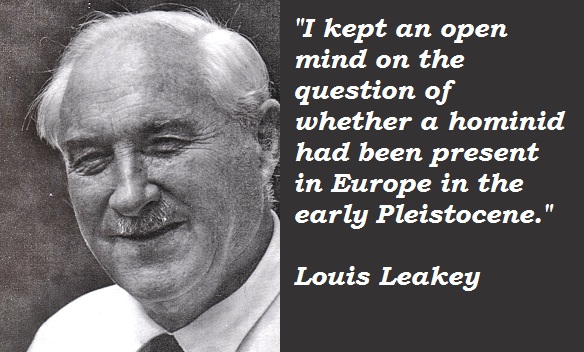 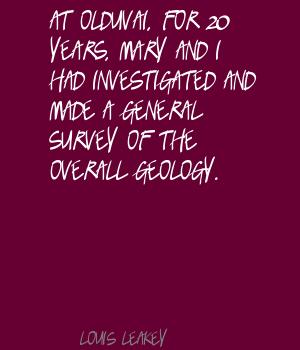 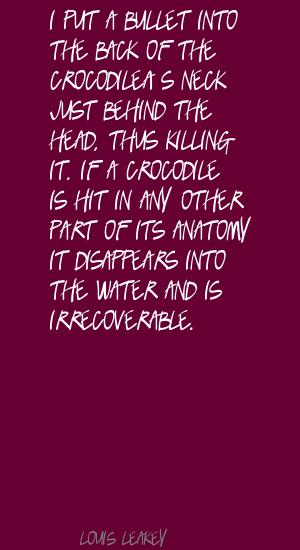 I put a bullet into the back of the crocodile's neck just behind the head, thus killing it. If a crocodile is hit in any other part of its anatomy it disappears into the water and is irrecoverable.

Although we followed that hyena for the best part of half an hour, we never caught up with it.

At Olduvai, for 20 years, Mary and I had investigated and made a general survey of the overall geology.

Far too often animals are put to sleep when they could be saved through proper care and nursing.

I felt that in time simple stone tools would be found in early Pleistocene in England.

I kept an open mind on the question of whether a hominid had been present in Europe in the early Pleistocene.

Most Kikuyu marriages were arranged on the basis of what is described by anthropologists as the bride price.

Raising funds for my fourth expedition proved to be very difficult.

The author knows just what he wants to illustrate and how he would like it to be done.

The Dalmatian breed of dog has many primitive characteristics.

The Foxhall jaw has now been missing for many years.

To save an animal's life in order that it may suffer indefinitely is something I would never condone.

We set up the promised clinic for the sick and wounded Masai.

Colonial governors and senior civil servants are not easy people to argue with, and I was not popular because of my criticism of the colonial service in Kenya.

I saw what looked like another fallen tree in front of me and put my foot on it to cross over. At that moment it reared up in front of me-the biggest python I had ever seen!

Sometimes string figures were used to illustrate stories, as in the case of an Eskimo example that depicts a man catching a salmon. Sometimes they had magic or religious significance.

The trip I made to Angola to study the prehistoric contents of the gravel beds as a means of deciding the age of the deposits and their economic potential was the first time prehistory had ever been used for such a purpose.

When my father arrived in Kenya, he had found the Kikuyu way of life similar to that of the British at the time the Romans invaded England 2,000 years ago.