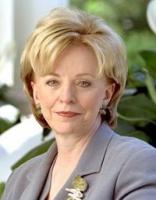 See the gallery for quotes by Lynne Cheney. You can to use those 6 images of quotes as a desktop wallpapers. 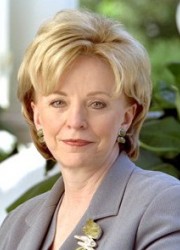 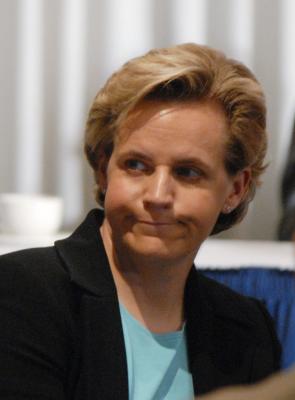 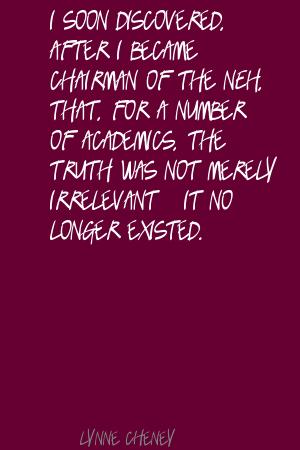 I soon discovered, after I became chairman of the NEH, that, for a number of academics, the truth was not merely irrelevant - it no longer existed.

There can be differences of opinion without there being personal differences.

Well, my father's people were Mormon, and had immigrated not long after Brigham Young had settled Utah.

You know, my mother had a rule which was 'people are just people.'

Casper Wyo., population 18,000 when I was born, was large enough to hold the surprises of civilization, but small enough that the prairie was close by - for some in our town, right out the front door - stretching on forever, under the great curving sky.

Expecting to be able to get rid of the competitive drive, first of all, flies in the face of human nature - and little girls certainly have this drive, as much as little boys do, or at least the little girls I have observed in my immediate family have it. 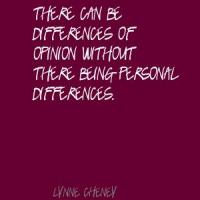 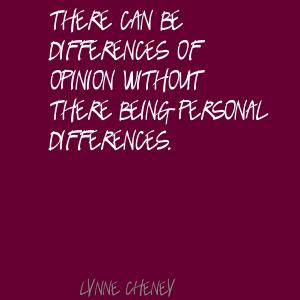 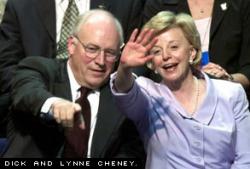 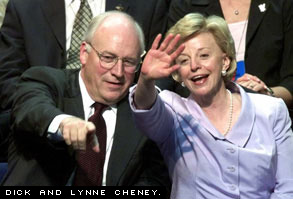 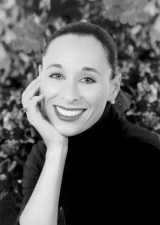