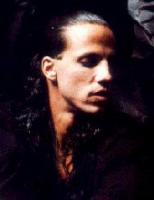 See the gallery for quotes by Gary Cherone. You can to use those 7 images of quotes as a desktop wallpapers. 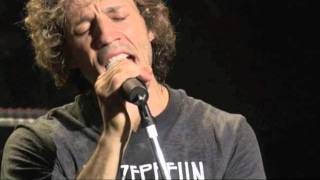 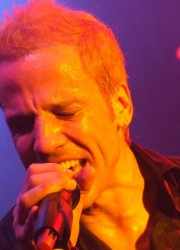 When I was singing Jamie's Cryin', people were going out of their mind because it was the first time they got to see Eddie, Michael and Alex play those songs. That was a thrill.

You have Extreme and Van Halen and the history that I have with other people I played with. There are some effects that will hopefully break that stereotype.

I was growing up listening to Queen. Freddie Mercury threw those incredible melodies into his songs.

Dave thought he was bigger than Van Halen the band. So there was this catfight going on for 10 years.

I am a big Pink Floyd fan. That is where a lot of the concept lyrics come from.

I don't know if I have enough guts to do a whole standard jazz record.

I have had success throughout the years. Some of the hard rock bands today don't have the history that I have.

If I had had a chance to tour with Van Halen before the record, I think it would have been a different record.

If people get to the end of the record, then that is a treat.

It was fun while it lasted, but it never seemed real to me. I could not believe I was in Van Halen.

Michael Anthony is the Diplomat of Rock N Roll. He is the regular guy.

My favorite Extreme records were the last two. I can't listen to the first one.

The voices on the record, that was trying to treat my voice like guitar players treat guitar tones.

There is no substitute for jamming and getting to know each other on the road.

There is nothing like singing a song that 20,000 people know and are singing back to you.

They hated Sammy Hagar for 12 years and they hate him to this day.

We weren't One Hit Wonders. We had a few hits.

When 5150 came out rock was king. Post Nirvana and Pearl Jam 1996 is a different story.

When I was in Van Halen I was hitting notes that were out of my range. I never went for those registers before until Eddie pulled it out of me.

When people don't get enough information, they make it up.

Whether I sound like Sammy or not is purely coincidence. You have got to hand it to him, he sings his ass off. There is no moss on that stone.

Tags: Him, Off, Whether

Much more quotes by Gary Cherone below the page.

I did some research and tried to pull out some old, classic Van Halen that they had not played in 10 or 15 years. I think that was Sammy's mistake. I he didn't want to do the Dave stuff.

I have a little history. I met Stone Temple Pilots, and their guitar player was a huge Extreme fan. Somewhere down the road, Extreme made its statement.

In my writing with Extreme, there are heavy themes. The cover photo has me with a gun to my neck. I am not advocating suicide. I am taking the philosophy that man is the measure of his own fate.

Spitfire asked me if I had a problem talking about Van Halen or Extreme. I really don't. There are people who are just going to want to know what it was like to play with Eddie.