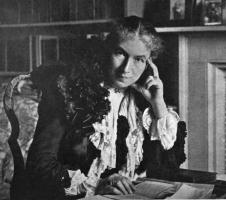 See the gallery for quotes by Mary Augusta Ward. You can to use those 8 images of quotes as a desktop wallpapers. 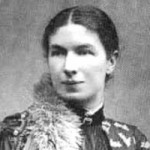 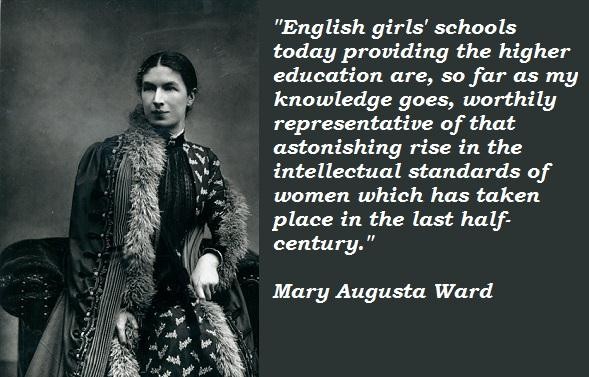 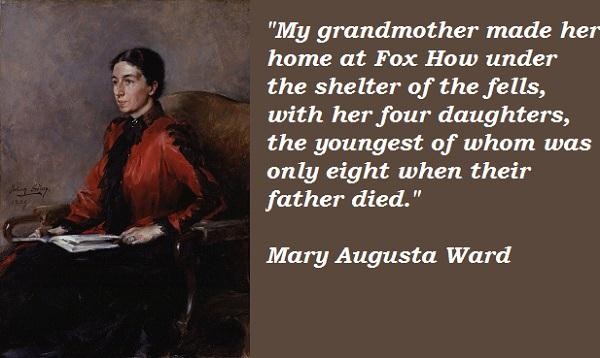 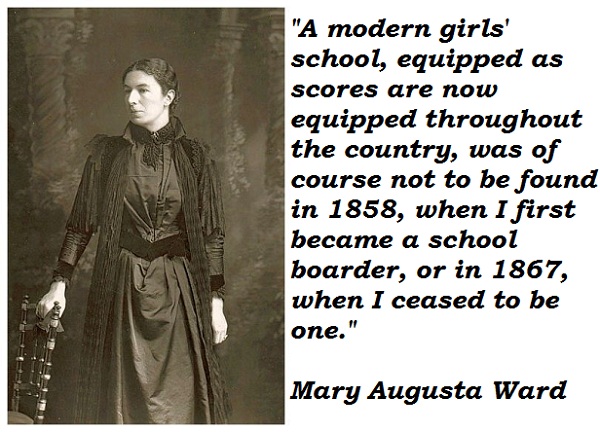 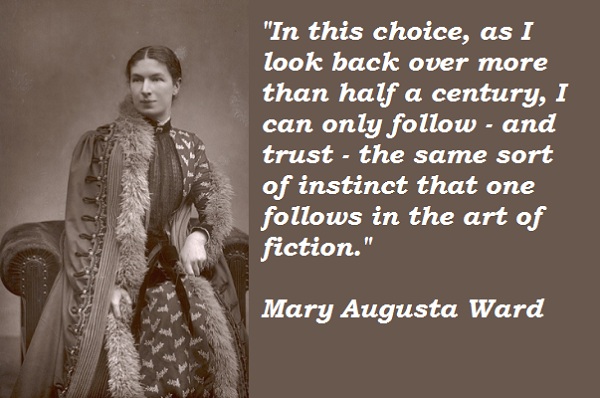 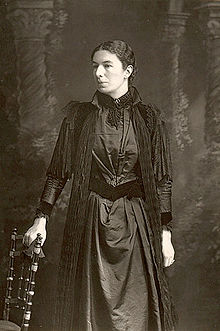 As far as intellectual training was concerned, my nine years from seven to sixteen were practically wasted.

But a girl of seventeen is not always thinking of books, especially in the Oxford summer term.

But no man has a monopoly of conscience.

But the mind travels far - and mysteriously - in sleep.

For after my marriage I had made various attempts to write fiction. They were clearly failures.

How little those who are schoolgirls of today can realize what it was to be a schoolgirl in the fifties or the early sixties of the last century!

I cannot hope that what I have to say will be very interesting to many.

It became plain very soon after our marriage that ours was to be a literary partnership.

It is the rank and file - the average woman - for whom the world has opened up so astonishingly.

The answer, of course, in the mouth of a Christian teacher is that in Christianity alone is there both present joy and future hope.

A life spent largely among books, and in the exercise of a literary profession, has very obvious drawbacks, as a subject-matter, when one comes to write about it.

A modern girls' school, equipped as scores are now equipped throughout the country, was of course not to be found in 1858, when I first became a school boarder, or in 1867, when I ceased to be one.

English girls' schools today providing the higher education are, so far as my knowledge goes, worthily representative of that astonishing rise in the intellectual standards of women which has taken place in the last half-century.

For nine years, till the spring of 1881, we lived in Oxford, in a little house north of the Parks, in what was then the newest quarter of the University town.

I loved nearly all my teachers; but it was not till I went home to live at Oxford, in 1867, that I awoke intellectually to a hundred interests and influences that begin much earlier nowadays to affect any clever child.

I wanted to show how a man of sensitive and noble character, born for religion, comes to throw off the orthodoxies of his day and moment, and to go out into the wilderness where all is experiment, and spiritual life begins again.

In this choice, as I look back over more than half a century, I can only follow - and trust - the same sort of instinct that one follows in the art of fiction.

My grandmother made her home at Fox How under the shelter of the fells, with her four daughters, the youngest of whom was only eight when their father died.

So as the years draw on toward the Biblical limit, the inclination to look back, and to tell some sort of story of what one has seen, grows upon most of us.

We believed that growth through Local Government, and perhaps through some special machinery for bringing the wishes and influence of women of all classes to bear on Parliament, other than the Parliamentary vote, was the real line of progress.