See the gallery for quotes by Max Walker. You can to use those 7 images of quotes as a desktop wallpapers. 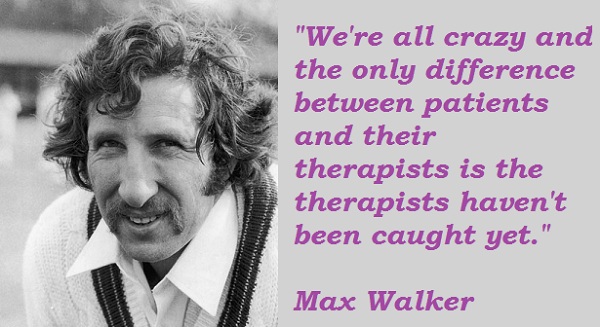 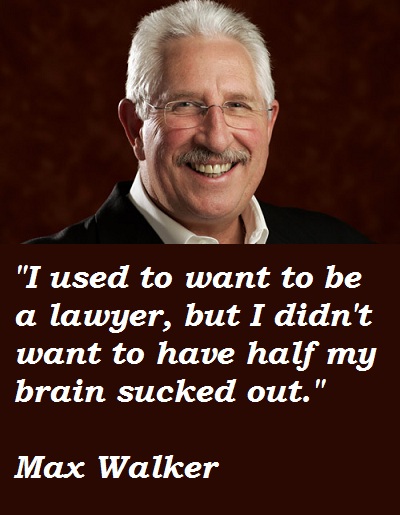 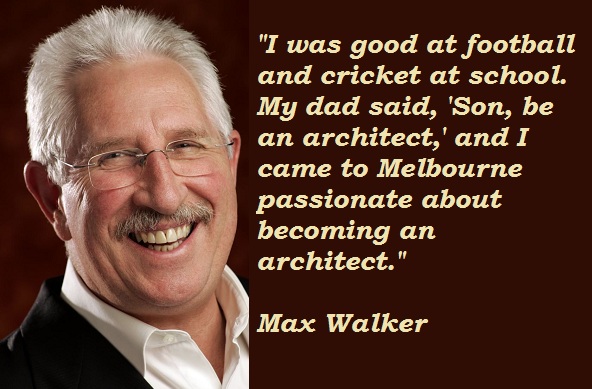 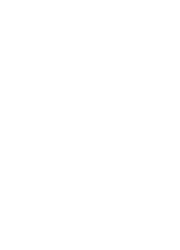 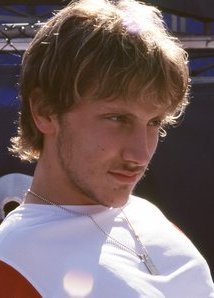 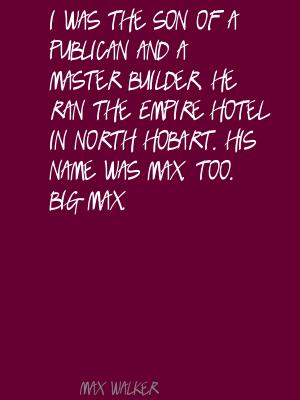 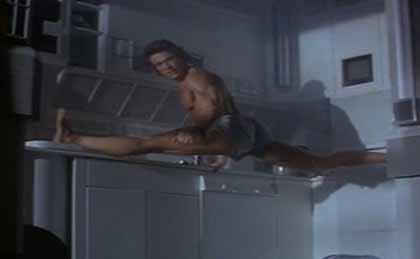 I used to want to be a lawyer, but I didn't want to have half my brain sucked out.

We're all crazy and the only difference between patients and their therapists is the therapists haven't been caught yet.

Fame and fortune should never get in front of your passion. The passion will generate the fame and fortune, if you're good enough.

Given how well the cards have been dealt to someone like myself, I think there's an inherent obligation to try to reach out and make a difference.

I try and open a few doors to the mind, encourage people to embrace change and to stretch their capabilities.

I was good at football and cricket at school. My dad said, 'Son, be an architect,' and I came to Melbourne passionate about becoming an architect.

I was the son of a publican and a master builder. He ran the Empire Hotel in North Hobart. His name was Max, too. Big Max.

One of the most obvious parts of my character is the smile, and if I wasn't comfortable in myself then I wouldn't be able to smile so much.

About 1998, when 'Wide World of Sports' and the 'Footy Show' came to an end for me, I couldn't type. When I started architecture, it was a very aesthetic, creative, an almost art process, where lettering and thick line were how you expressed yourself on the paper.

I practised as an architect for 10 years. I qualified in 1973 with a fellowship diploma of architecture. World Series Cricket gave me the freedom to go out and pursue architecture.

It's been amazing to step out of a bottle of ink on to an iPad. There's no better time than right now to embrace this fabulous sandpit of technology. Because intuitively, at the touch of a finger, most of it is possible.

My sister died and my mum was really distant, as you do - you don't expect your offspring to die before you. I thought I was bulletproof up until that stage.

Norm Smith personally came and signed me up to the Melbourne Football Club. The fact that I then played cricket for Melbourne Cricket Club - the footy club didn't like it that much.

When I go and speak now at all sorts of conferences, later in the night there's always a better Maxie Walker than me. Billy Birmingham's legendary for basically being able to verbally kneecap any of a number of Australia's characters, particularly in the commentary box.