See the gallery for quotes by Nate Ruess. You can to use those 8 images of quotes as a desktop wallpapers. 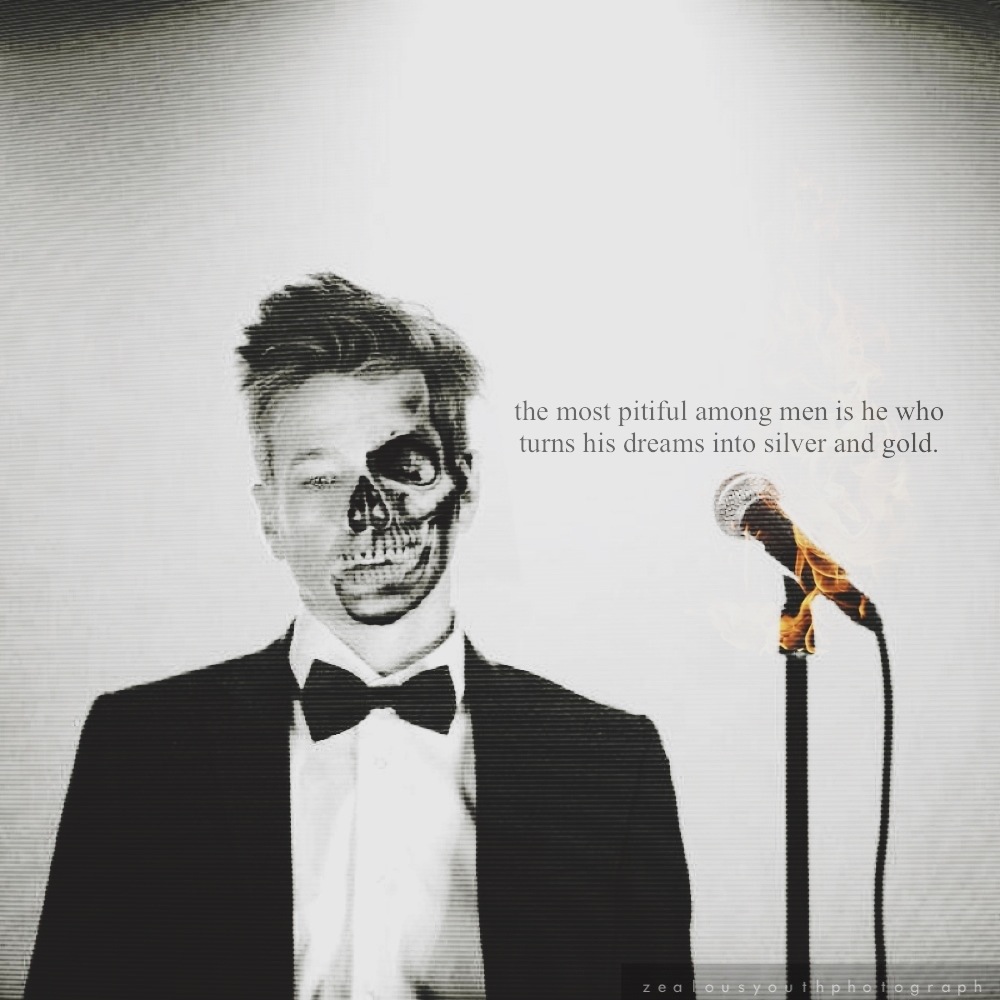 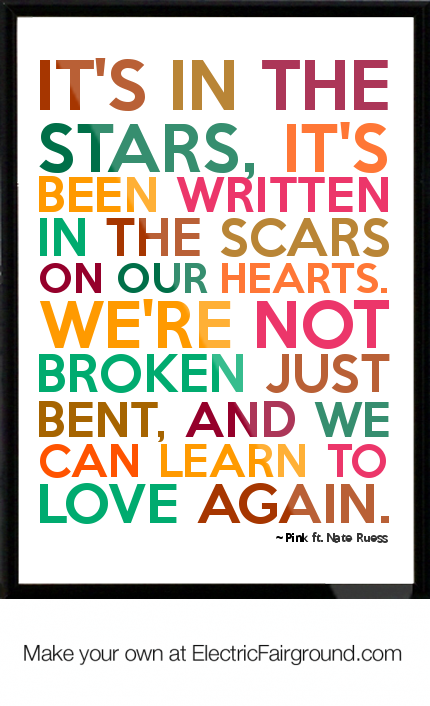 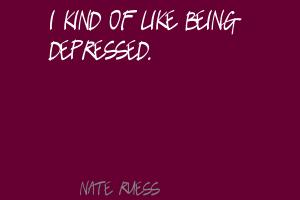 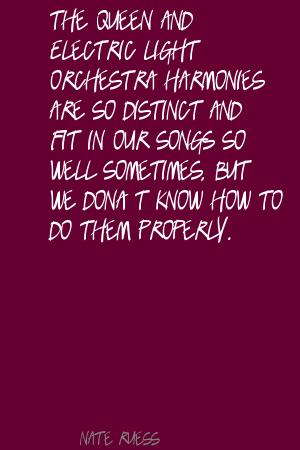 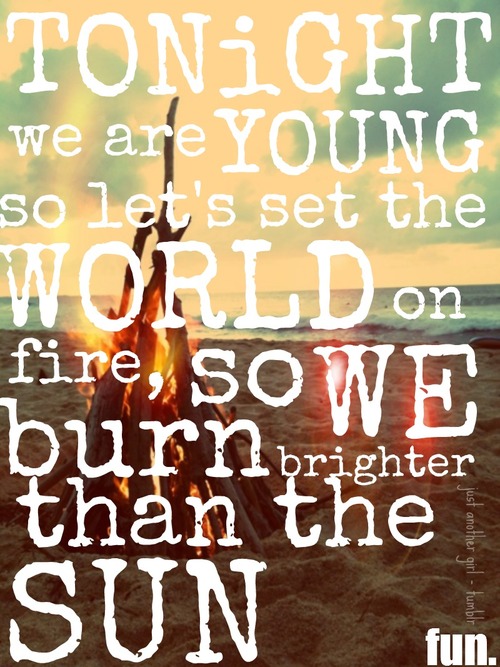 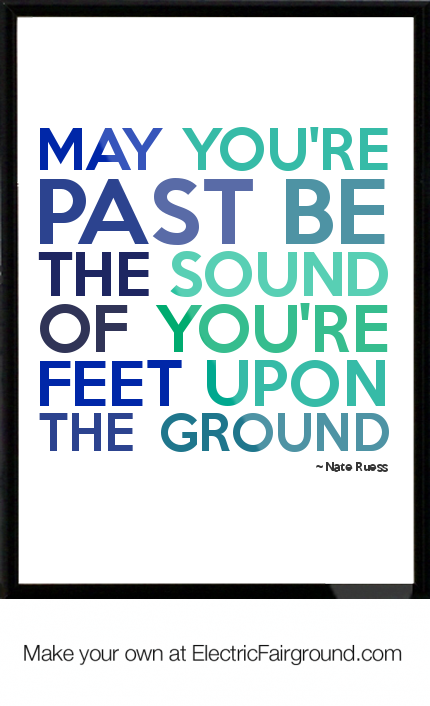 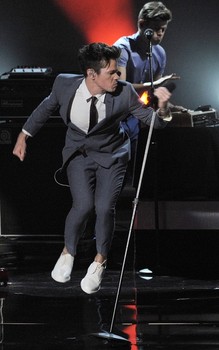 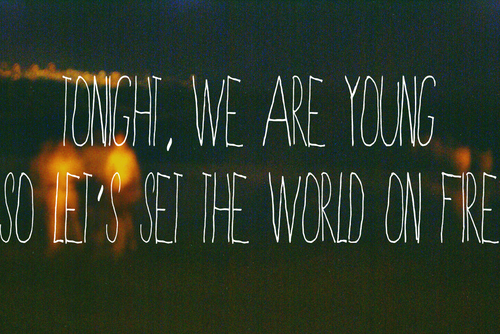 I think it's really cool, but Jimmy Eat World and Gin Blossoms did it better than anyone. People don't realize just how awesome the Arizona history is, especially for alternative music. Growing up, that's all I ever wanted to be was those two bands.

I think legally we have to do 'fun' with a period. I think we agreed because apparently there was another band called 'fun.' We Google-searched, which now makes sense because we're so impossible to Google-search.

I think that I always thought that if my uncle was on Broadway, then I must inherently have a good voice. I don't think that for a while I did. Eventually, out of sheer will of never wanting to get a job or go to college, I found my way into doing music full-time.

I was in a really crummy pop-punk band. I think we did a whole bunch of Blink-182 covers, and we were on the fringe of losers and jocks. So we invited all the cool kids to come watch us play in our bass player's brother's bedroom. And it was terrible, but everyone thought we were so cool.

If you look at a lot of the songs I've been involved in, there's always been this retro vibe. I started getting worried that I wasn't moving forward very much, nor was I even in tune with the music today. I almost scoffed at it.

It's important that I get time to run, to just go for a jog for about 30 minutes. It helps with my voice, but it also kind of gives me a little bit of time to myself - and you get to see a city.

It's the coolest part about writing music. I don't know how other people work, but so much is derived from some amalgamation of all these different songs that I love. That's why they jump all over the place.

Lately I've been falling asleep listening to 'Common One' by Van Morrison, specifically the song 'Summertime in England.' It's 15 minutes long, so to make it through the entire song is a real task unto itself, but Van has that emotional payoff that makes even his most tiresome songs more powerful than most people's entire catalog.

My dad dragged me to a Bruce Springsteen concert as a kid. It was my first concert, but I fell asleep in the middle. My second concert was Weezer on the 'Pinkerton' tour, and 'Pinkerton' is the reason why I'm doing this.

My parents had normal jobs, and I didn't just want to work all day, and so I thought if I could break into music I wouldn't have to work all day. And I had an uncle who was on Broadway, so I was like, 'I have to be able to sing.'

Running in Central Park is my favorite thing to wake up and do. I have my own specific path that I have to run every single time. There's a little bit of OCD involved, but I love it.

Van Morrison is probably, at this point in time, my biggest influence as a vocalist. When we were making our last album I had a vinyl copy of 'Veedon Fleece' in the vocal booth in front of me, in the dorky sense. I think there were candles around, which is really tacky, but hey, I needed to channel Van the Man!

We grew up listening to alternative music from the '90s, and there was no shame in being on a major label and still making the music you wanted to make. I feel like rap rock came around and drew a line in the sand, and everybody that was like me ran away from that and started making indie-rock.

We have this really retro vibe and style of songwriting and, personally, I wasn't embracing the current state of music until I fell in love with hip-hop. It felt good to suddenly embrace where music was headed, and I think hip-hop is the best at that, because it feels so progressive and everybody wants to be the best.

We love a good, hyped sound, but when it starts to sound insincere, that's when I lose interest. I hope that our music, even if it sounds polished, doesn't sound insincere.

Well, the crazy thing for me is I think out of anything that's happened in the last year, all the success, people always ask what do you guys do with the money? I don't think they realize we're not really making any money.

It's interesting to feel the pressure of having to be outgoing, because I think in general, as a human being, I'm pessimistic and introverted. But, it's cool, because it's a whole different side of me, and I impress myself. Even at times when I think that there's no possible way that I can be engaging, I'll suddenly pull it out and impress myself.

I worry that if I enjoy something - like the songs on 'Some Nights' are about wondering about who you are. I'm never quite sure and I'd hate to feel sort of content and get a good sense of who I am because if I know one thing, that's not me. I don't mind not necessarily being happy about it. And that's fine.

I always wanted to be a singer, but none of my friends thought I could sing.

I don't want to be known for anything other than writing songs.

If you can make the song a soundtrack to what you're living at the time, I think that's the most important part of a song.

Even now, when I try and think of band names just randomly, I'm so thankful that 'fun.' is the name of the band. I never really think twice about it. It is so simple and so easy.

Much more quotes by Nate Ruess below the page.

But as long as you're creating the art you want to create, if people start liking you, you shouldn't have to apologize. You want your stuff to be heard by as many people as possible.

I prefer to connect with fans from the stage. Like, I don't have a Twitter page, or anything like that. So for me, that's what the show is about. For me - is a way to interact with fans; being up onstage and showing them, through music - which is all I really know - the best way to say thank you.

I think any branding for me is band-related. It's really weird to get used to the exposure, because I am a naturally introverted person, and I'm not exactly social. Occasionally I can get comfortable enough to talk, but I spend a lot of my days not talking, especially when I'm at home and not on tour.

Lyrics have become so dumbed down nowadays. People don't want to have to think about lyrics anymore, they just want to be told something. Until these great things started happening with us, I'd really given up on reaching people like that.

I don't have a Twitter or a Facebook, but that doesn't mean I'm any more productive than the rest of the world.

I idolised bands like Pearl Jam and Smashing Pumpkins, who wanted to reach as many people as they could.

I knew how touring was for 10 years, but it's completely different now that things are popping off.

I try and get about eight hours of sleep every single night. And I like to think that I drink more water than anyone, ever.

I was signed at 19 years old to a major label, and dropped by the time I was 22.

In a city like New York, any night can be completely different, even in a subtle way.

Lyrics are so important, I hate every second of writing them, but it's something I take great pride in when it's finished.

The Queen and Electric Light Orchestra harmonies are so distinct and fit in our songs so well sometimes, but we don't know how to do them properly.

A lot of times when I'm writing lyrics, I just think about insecurities that I might have and turn them into a scene. Some things may be true, and some things may not.

I came from somewhat of a musical family. I had an uncle on Broadway. My dad kind of knows how to play instruments. Although, I always find it annoying when he does play an instrument.

I don't play an instrument - I just write in my head, and I usually hear fully formed songs. 'We Are Young' turned out so much like it was in my head. But it also exceeded all my expectations.

I feel like the rap metal at the end of the 1990s destroyed rock music for everybody and suddenly everybody felt like they had to apologise for being in rock bands. People suddenly felt bad about wanting to reach massive audiences and the sense of theatre, that we have in our live show, became something to avoid.

I picked up 'The Hunger Games' thinking it was written at my regressed reading level. I've spent hours reading it, and I'm not even halfway through. Our bass player, whose name is also Nate, ended up reading all three novels and loved them.

Impeachment is not a remedy for private wrongs; it's a method of removing someone whose continued presence in office would cause grave danger to the nation.

The only conduct that merits the drastic remedy of impeachment is that which subverts our system of government or renders the president unfit or unable to govern.