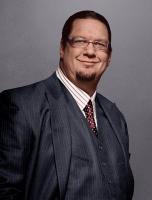 See the gallery for quotes by Penn Jillette. You can to use those 7 images of quotes as a desktop wallpapers. 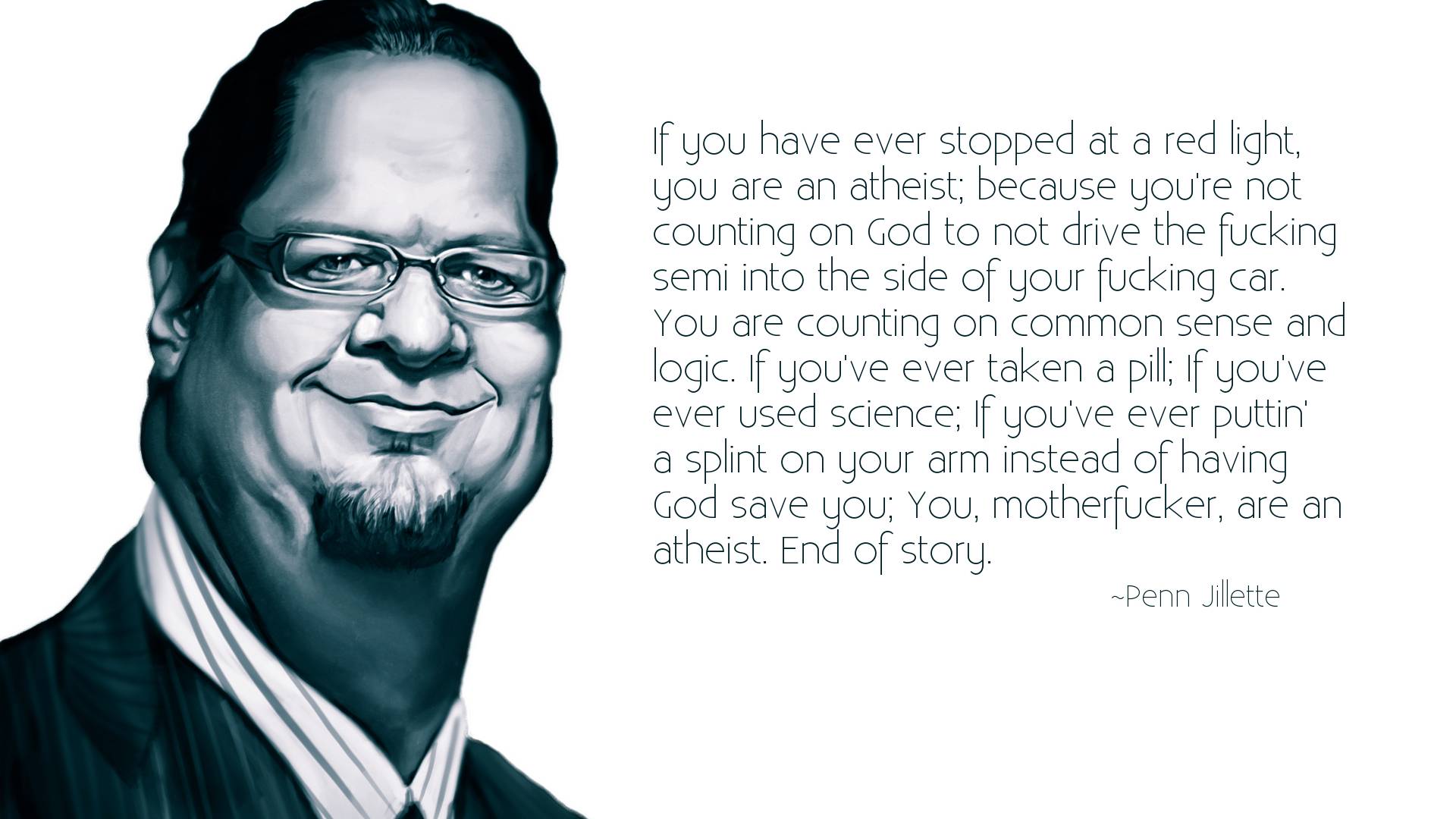 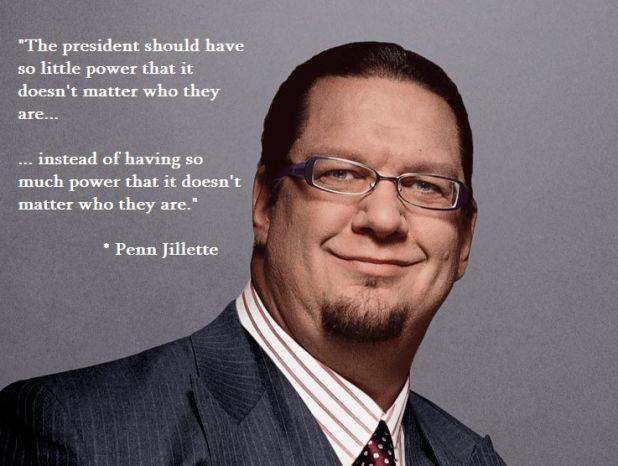 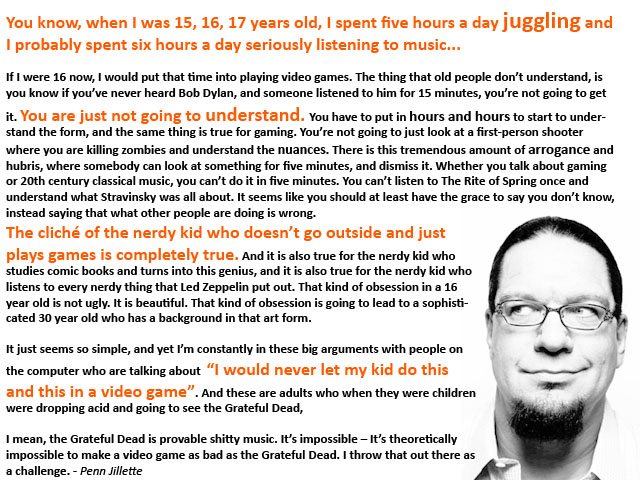 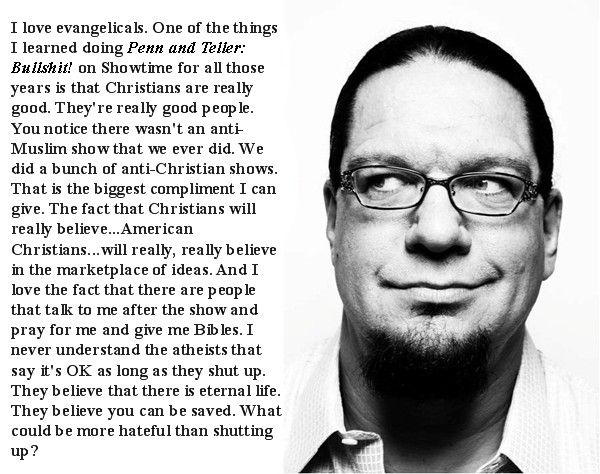 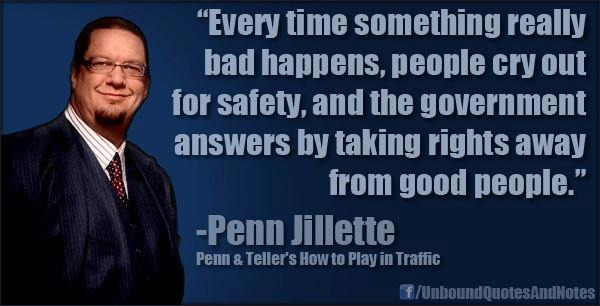 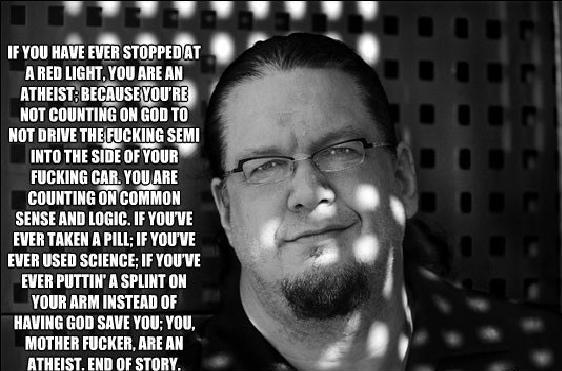 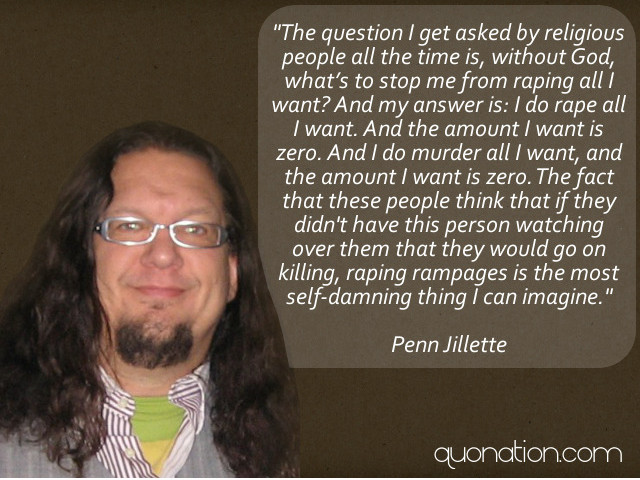 Every nut who kills people has a Bible lying around. If you're looking for violent rape imagery, the Bible's right there in your hotel room. If you just want to look up ways to screw people up, there it is, and you're justified because God told you to.

One of the things that Teller and I are obsessed with, one of the reasons that we're in magic, is the difference between fantasy and reality.

I'm a big fan of huge populations of people, so you'd think with 300 million people in the country, you don't even have to please 1% to be phenomenally successful.

I'm a hardcore libertarian - I want everything legal - but I also believe that you have the right to free association.

Before you can read, you know the difference between a story and reality. And, of course, by the time you're old enough to do any real damage with an Uzi, you've learned that difference.

The First Amendment says nothing about your getting paid for saying anything. It just says you can say it. I don't believe that if a corporation pulls all the money out of you or a network pulls their money away or you get fired, you're being censored.

I've never had a drink of alcohol or any drug in my life.

If I go out to dinner with you and you order wine, I leave. I won't be around drugs and alcohol at all.

In my private life, I'm not around any drugs or alcohol.

The fact is that violence gives you a rush.

We aren't people who believe that just because we're performers our opinions on everything need to be known.

We knew that we were kind of odd and creeps, and we wanted to do odd, creepy stuff for people who wanted to see that.

But it's much more exciting to make Die Hard. One of the reasons that I think that movie is so successful is it deals with those very important blue-collar relationship themes. But it's more visually beautiful to show things blowing up. It just gives you more on the screen.

It wasn't success, because Teller and I, by the time Asparagus Valley got together - within a year, we had achieved all our goals. I mean, our goal was to earn our living doing exactly what we wanted. Which is many people's goal.

The only place we were really told to tone it down - where other people would use the word censorship, but I wouldn't - was when we did MTV right after the Beavis and Butt-head thing.

The skills that we have are the actual magic skills - not the performing skills. We have to separate those. But the actual skills that make the tricks work, we don't get to use again.

When you're watching Psycho, there' s that moment when you have a visceral reaction to watching someone being stabbed. And then you have the intellectual revelation that you're not, and that's where the celebration comes in.

Whereas you have someone like Houdini, who works really, really hard to get really, really famous, and then has actual intellectual ideas that he puts into the culture that stay there.