See the gallery for quotes by Randy Harrison. You can to use those 5 images of quotes as a desktop wallpapers. 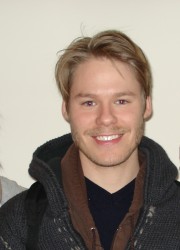 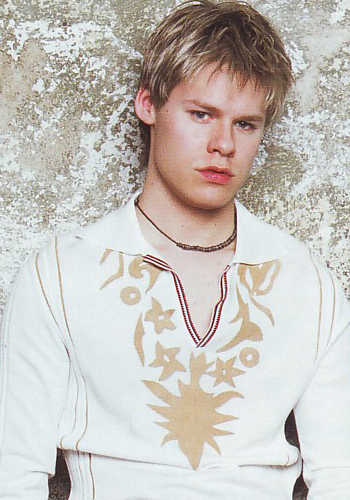 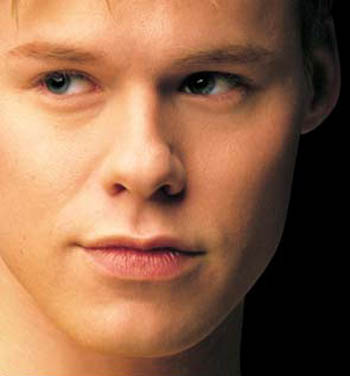 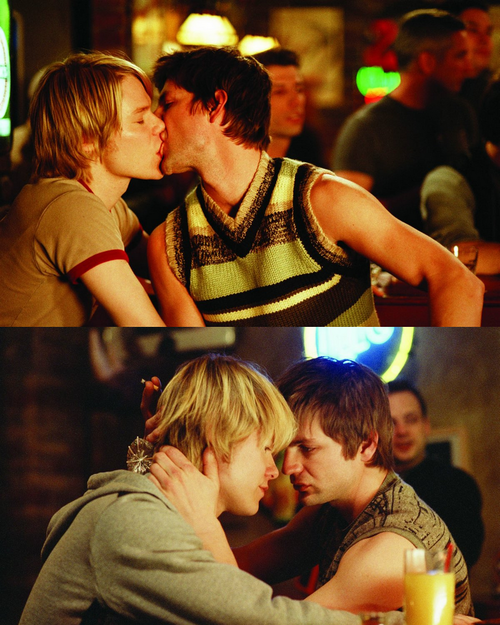 It always weirds me out and makes me unhappy that some people think I'm Justin. I'm not. People can be talking to me and I know they think they are talking to Justin. It's hard to explain.

It makes me proud, and it makes me scared. More than anything, I want to be an actor and I want to keep working, and I think there's a danger in being perceived as a poster boy for something.

The whole character of Justin and the club life he lives - I have no experience with it. It's really foreign to me, which is annoying, but that's just how it is.

When you watch it, you're like, Wow. I look like that. But it doesn't feel like that at all. It was about communicating with Gale Harold and getting across what I wanted to say about the character.

I love my parents. Coming out to them was sort of coming out to myself. I educated them, and I wanted our relationship to keep growing. I wanted them to be a part of my life still. I wanted to be able to share with them what I was going through.

It's upsetting that it is such a big deal. I wish it weren't an issue all the time. It's funny that people say it's a departure, because I've been acting since I was a child. I've played three gay roles out of hundreds.

I wasn't being bullied at school at this point. I had a group of friends, and I was isolated because I wasn't communicating with my parents. I wasn't telling them what I was going through.

Dad said that he was prouder of me than he'd ever been when I came out.

I can't speak on behalf of the show. I'm not a creator; I'm just a pawn.

I can't walk down the street with my head up. I'm not a hat wearer, but now I'm a hat wearer.

I hope that they are finding satisfaction. I'm in no way making a judgment. I know it doesn't make me happy.

I never felt a need to manipulate my career from the outside - try to be someone I wasn't to get ahead.

I was always the shame of the family - the one Yankee who was actually born in the North.

I'm confident in my ability to maintain a career. I don't know if it will be doing either independent films or plays in New England.

It's a clique that I've never been a part of. It's not like I identify them in a negative way.

It's a really subtle kind of thing. It makes me feel like Randy Harrison is not a human being to them.

Much more quotes by Randy Harrison below the page.

It's nice to see that people in Middle America are really affected.

By the time I came out, that kind of stopped it. The bullying stopped when I claimed myself and proved that I wasn't afraid. A lot of it was when I was hiding when I was younger.

I don't know for Justin; he's always looking for meaning out of his relationships with people. I don't think he's as trapped into the drug thing as a lot of the others are.

I don't want to be the center of attention. My posture has changed. I walk with my head down and shoulders slumped. Suddenly I carry myself as if I'm ashamed of something.

I guess I had a suspicion of it my entire life without knowing exactly what it was - knowing that there was something different about me, which I attributed to being an artist. At 11 or 12 I started sort of clarifying for myself. It took a while.

I had been doing summer stock every summer while I was in college. We did a showcase, like most good conservatories do - monologues and things that agents and casting directors come to see. From that I got an agent.

I just don't think that I could be the kind of actor I want to be and not be honest with myself. Honesty is very important to me as an actor and as a person. I didn't even think about it.

I think the sense of community that exists with all the characters - that's the answer. The fact that they have found a family in their friends. It does give some depth and meaning to their lives.

I wonder what kind of lives they will have built for themselves when they turn 45 and can't really have any connection with people because they are so used to fleeting sexual.