See the gallery for quotes by Rosamund Pike. You can to use those 4 images of quotes as a desktop wallpapers. 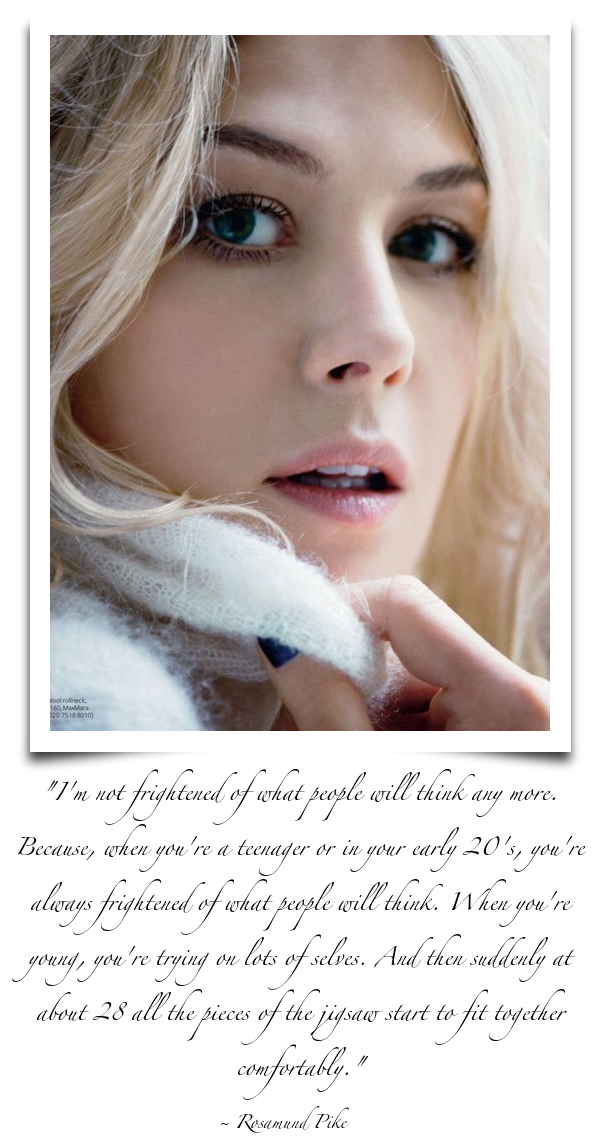 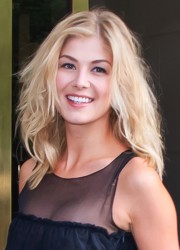 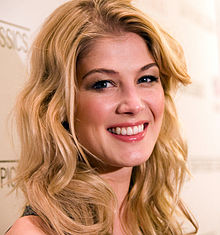 I'd really love to live in New York for awhile. That's what I'm hoping to do.

I'm probably not going to play a junkie and that's OK because there are other people who will do it better.

I've got friends who are pyrotechnics who do big fire shows, so I'm really fascinated by that.

In the original computer game of Doom, you not only have to kill things. You have to pulverise them.

You can certainly keep a low public profile if you want to.

I think you tend to try, during the time you've got off, to forget about the film. It was such a total world. I mean, the sets were claustrophobic, and as soon as you were on there, you were right back into it.

I think, you know, as an actor we get these terribly sort of pretentious ideas in our heads. We try to take everything very seriously at first, you know, until we lighten up, we get onboard, and have a laugh.

I've been doing Pride and Prejudice all summer, so suddenly the chance to be holed up with a bunch of marines is quite attractive, and probably a necessary dose of male energy.

It was in New York, and I've always wanted to film in New York. And the writer was a teenage friend of mine. We did youth theatre together when we were 16 and always had a dream of making a film together. And ten years later, we've done it. So it's great.

It's something that I am going over in my head about the whole video game thing, and whether you support violence by being in a film like this. I mean, to me, it's incredibly unreal and it's all about the action, and just explosions.

Nothing can teach you what it's like to work on a film set, and the best education there can be for an actor is to walk up the street and observe human nature.

The job of an actor is the same in all of them, really. I mean, you're just creating a character that you hope people will believe, so it doesn't make that much of a difference really.

The response to Pride has been so overwhelming. I mean, people have really loved it. And it's so rewarding because we had such a fun time making that film, and it was made with so much heart, that it's lovely that people seem to be responding in kind to that.