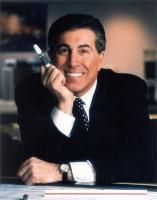 See the gallery for quotes by Steve Wynn. You can to use those 8 images of quotes as a desktop wallpapers. 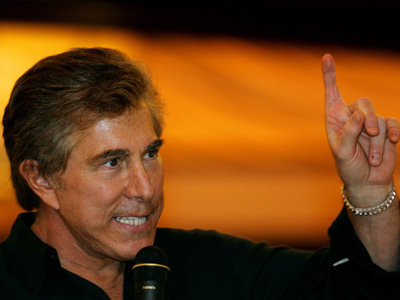 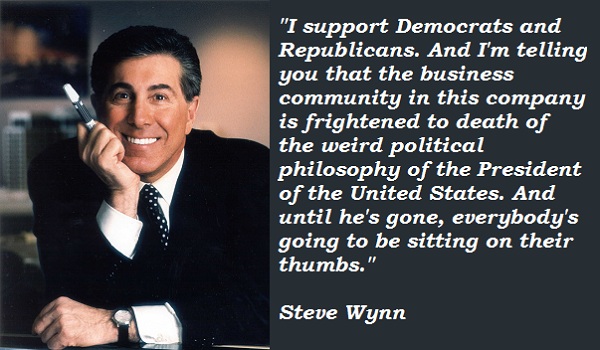 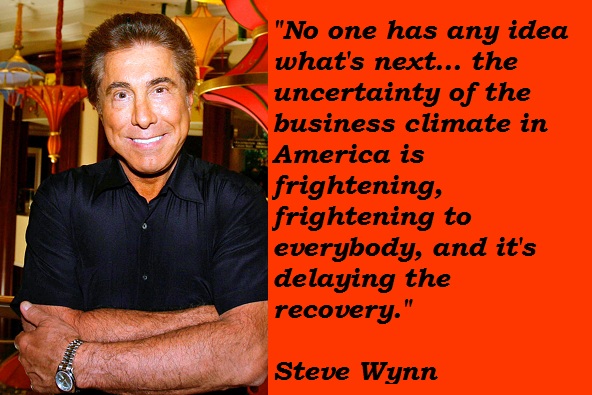 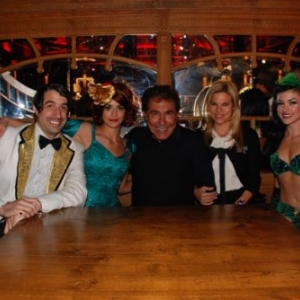 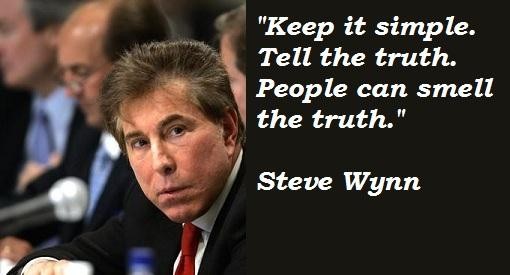 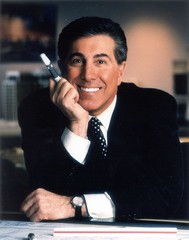 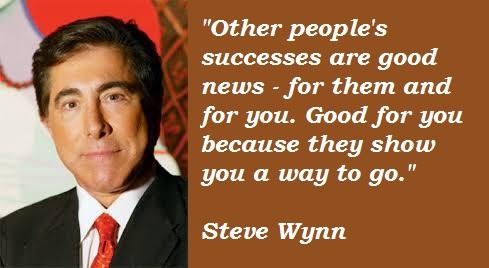 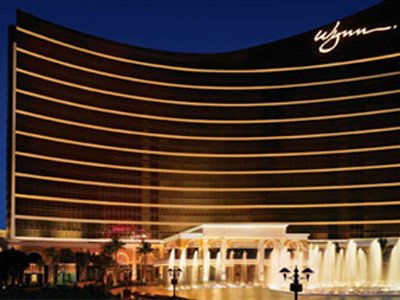 The guy keeps making speeches about redistribution and maybe we ought to do something to businesses that don't invest, their holding too much money. We haven't heard that kind of talk except from pure socialists. Everybody's afraid of the government and there's no need soft peddling it, it's the truth. It is the truth.

Other people's successes are good news - for them and for you. Good for you because they show you a way to go.

I support Democrats and Republicans. And I'm telling you that the business community in this company is frightened to death of the weird political philosophy of the President of the United States. And until he's gone, everybody's going to be sitting on their thumbs.

Change is not threatening.

If I complain about a traffic jam, I have no one to blame but myself.

Macau has been steady. The shocking, unexpected government is the one in Washington.

This office is smaller than the last one I had. I'm not trying to impress people. I want to be close to them.

Washington is unpredictable these days.

And those of us who have business opportunities and the capital to do it are going to sit in fear of the President. And a lot of people don't want to say that. They'll say, God, don't be attacking Obama. Well, this is Obama's deal and it's Obama that's responsible for this fear in America.

Government has never increased the standard of living of one single human being in civilization's history. For some reason that simple truth has evaded everybody.

I believe in Las Vegas. I think its best days are ahead of it. But I'm afraid to do anything in the current political environment in the United States.

My father died during open-heart surgery on March 29 of my senior year in college. I was getting set to go to law school. I remember sitting in the waiting room when the doctor walked in. I said to myself, The worst possible thing just happened. What will you do?

No one has any idea what's next... the uncertainty of the business climate in America is frightening, frightening to everybody, and it's delaying the recovery.

Tags: Her, Losers, She

This generation... they have a different attitude. Instead of sitting and watching something, they want to be a part of it - they're very hedonistic and sensual.

You watch television and see what's going on on this debt ceiling issue. And what I consider to be a total lack of leadership from the President and nothing's going to get fixed until the President himself steps up and wrangles both parties in Congress.

Tags: Both, Leadership, Until

The effectiveness of our memory banks is determined not by the total number of facts we take in, but the number we wish to reject.