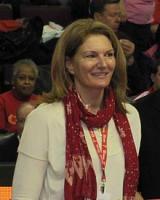 See the gallery for quotes by Sue Wicks. You can to use those 7 images of quotes as a desktop wallpapers. 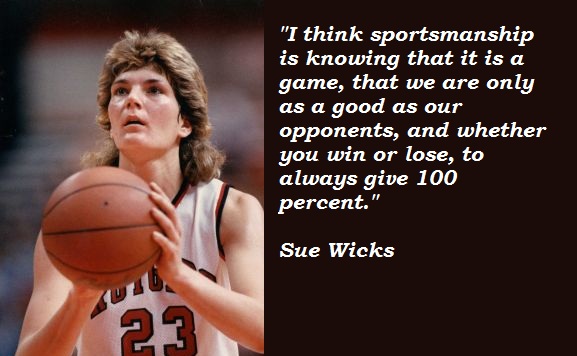 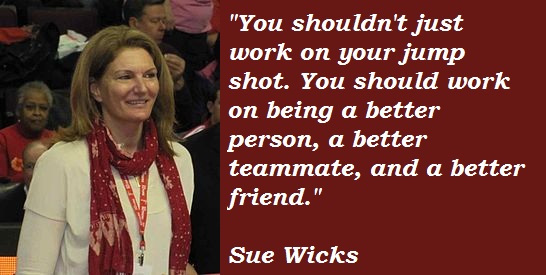 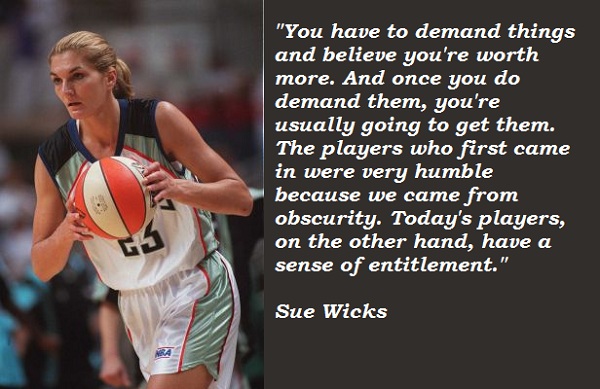 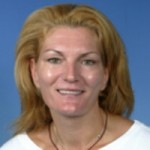 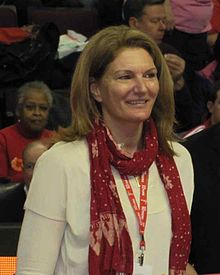 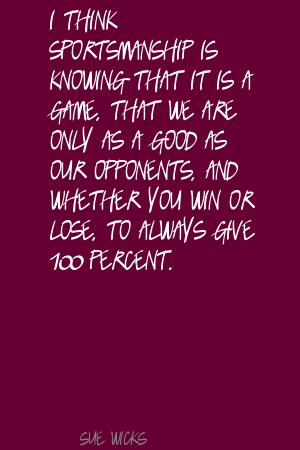 I think sportsmanship is knowing that it is a game, that we are only as a good as our opponents, and whether you win or lose, to always give 100 percent.

Players should know that if you can't make the contribution of the winning shot, that your attitude every day when you come to practice, or the positive contribution you make through cheering and keeping up team morale, is just as important in the overall picture.

You have to demand things and believe you're worth more. And once you do demand them, you're usually going to get them. The players who first came in were very humble because we came from obscurity. Today's players, on the other hand, have a sense of entitlement.

I try to never lose sight of what a special time it is to be a women's basketball player.

It's not to hurt anyone, but basketball can be rough.

Being from New York, if you're gay, you're gay. I think it's important that if you are gay, you not be afraid to say who you are.

For me, the money isn't a big issue. I'm at the end of my career and I'm just happy to play.

When I see these young girls who are dreaming the dream that I'm living, it's very very exciting and it puts a big smile on my face.

Tags: Job, Others, Someone

Every year I try to keep in excellent shape and improve some part of my game. I play in the offseason overseas to keep my game tuned up and hopefully improve a little in some area.

For me, being a starter doesn't matter. Of course, I'd like to be in at the end of the game, to be a big part of the team, and to play as many minutes as I can play. But starting and coming off the bench are two different challenges.

I was surprised I won the award because I've always been a very aggressive player and I earn my share of fouls on the court. I play rough, and because I'm an older player, of course I use tricks on the younger players.

I was very pleased that the positive things about me and my game outshone the aggressive style of play I use. I would never tone that down, because I believe in that style of play, and I believe that you can play rough on the court and still be a good sport.

In preseason camp, there are no friends. when newcomers arrive trying to take not only your job, but maybe your best friend's job, you work together to try to help each other. Everyone is an outsider until you're given a uniform.

It's funny, 'cause it seems like just yesterday that I was the youngest player just starting out. But now there are young players all over the league, and they'll ask me questions about playing overseas or finding an agent.

Sometimes people think that if you're always helping people up and never hit someone with a hard foul, you're automatically a good sport. I don't believe that.

There's a lot of room to grow, and the women who believe they're worth it are the ones who are going to make good things happen during the next period of WNBA growth.

There's lots of charity stuff that I can do. There are actually a million things to do here, but it would be very hard for me to stop going overseas, because I've been doing that for longer than I've been playing in the WNBA.

To be on television and have my nieces and nephews see me, and seeing them wear my shirt to the games and be proud, it's so sweet. Sometimes it feels like it's just a dream.

Much more quotes by Sue Wicks below the page.

When I come off the bench, I'm looking to add energy, and then I play defense and rebound. Also, at the end of the game, I have the experience to go out there and help us win.

When I went to college, we had a very good local following, but stations only televised two or three NCAA games a season. And when I went to Europe, once in a while we had a good crowd, but usually not.

Exploration is the engine that drives innovation. Innovation drives economic growth. So let's all go exploring.

I just was mesmerized by all of this life everywhere I looked. And so I wanted to be a marine biologist.

I loved anything to do with animals from a very early age.

I never, ever would have imagined the kind of career I've had. It just wouldn't have occurred to me that anything like this could have been possible. I didn't have any such aspirations. And I still can't believe my good fortune.

I think I have the best job in the world. Seventy-one percent of the planet is covered by water, we've explored less than five percent of the ocean, and there are so many fabulous discoveries that have yet to be made.

We've only explored about 5% of our ocean. There are great discoveries yet to be made down there - fantastic creatures representing millions of years of evolution and possibly bioactive compounds that could benefit us in ways we can't even imagine.