See the gallery for quotes by Travis Barker. You can to use those 7 images of quotes as a desktop wallpapers. 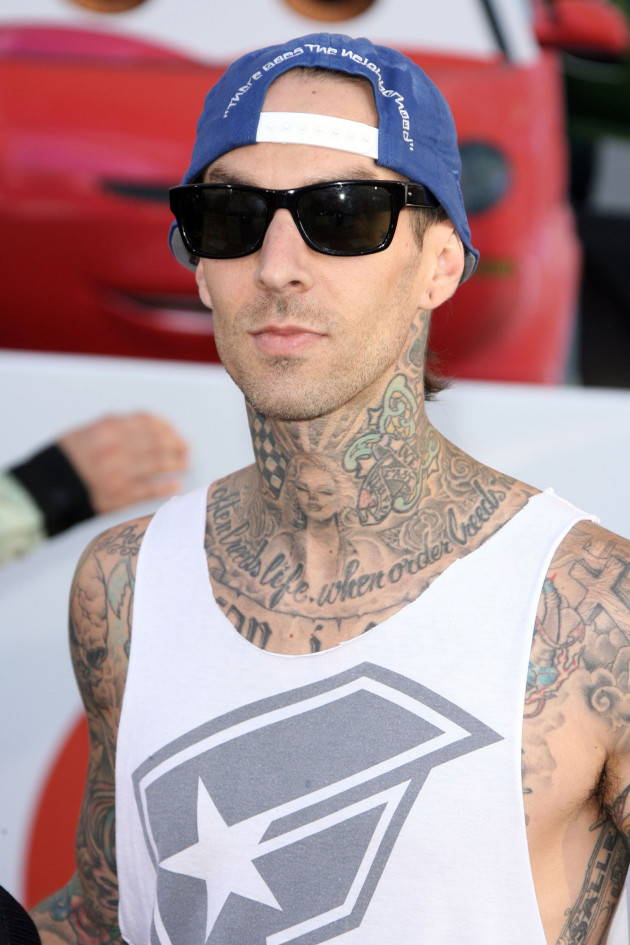 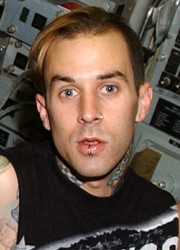 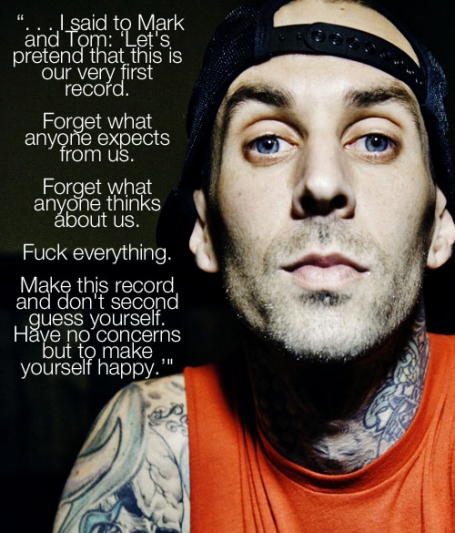 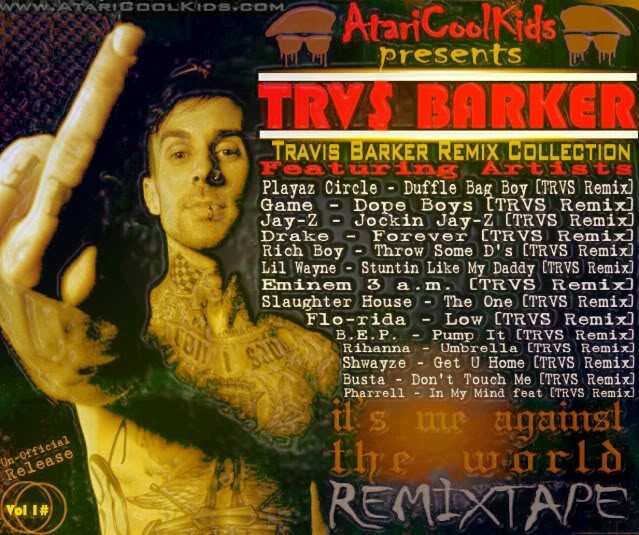 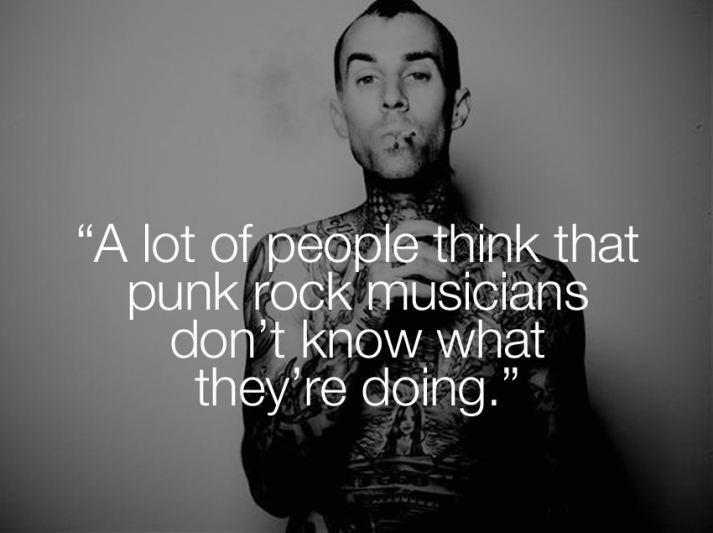 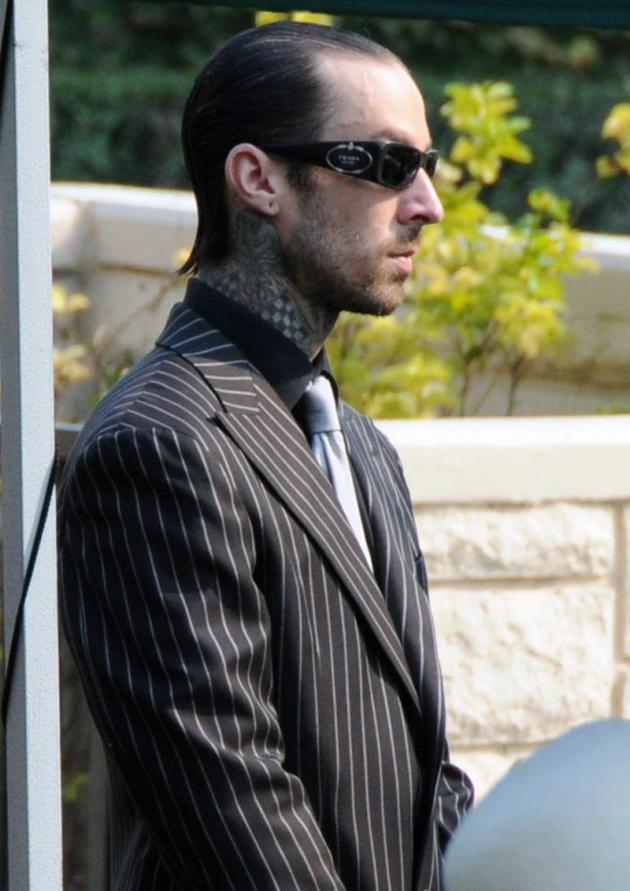 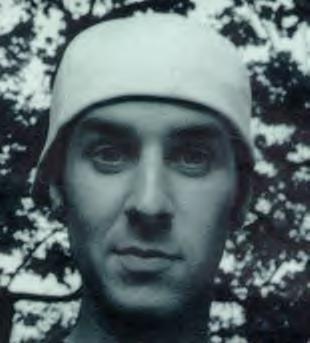 I love tour, but I don't like traveling at night or driving long hours. But I love touring. If my kids could be out there full time, I'd probably never go home.

I used to have friends come on tour and work as my drum tech, but they get bummed out when I have to tell them what to do. This time I'm just going to fly them out and let them hang. It's all good.

I was a kid, and I wasn't even sure if I wanted to play the drums, you know? All I wanted to do was skateboard, but I was still learning and taking it in, so it was good.

Much more quotes by Travis Barker below the page.

If we play to first time Blink 182 listeners, it's good they are listening to us and not the Backstreet Boys. Old Fans or new fans, it's all the same to us.

We all liked the Descendants and stuff like that, so we started playing it. It's not that it was really hard, well, it does take skill to play fast and keep up your stamina. But it was something that just happened.

We just wrote songs that seemed good to us. We wrote the album in like two weeks. We could have had more time, but we accomplished what we needed to in the two weeks.

Thank you for life, and all the little ups and downs that make it worth living.

A lot of people think that punk rock musicians don't know what they're doing.

I can play punk rock, and I love playing punk rock, but I was into every other style of music before I played punk rock.

We never worry about the big things, just the small things.

All I wanted to do was ride skateboards - I wanted to be a professional skateboarder. But I had this problem. I kept breaking half of my body skateboarding.

I wanted to say thanks... and share my gratitude for everything I've been blessed with. Family, friends, and continued support from everyone.

In 1996, I was in was in an acoustic kind of rock band, we were called Feeble. We were just playing locally.

But there's actually a lot of punk bands out there that go out of the norm, use odd time signatures, or a lot of different tempo changes in a song.

I looked Death right in the face.

I was in a band called Hooker for a while.

I'm a freak, everything has to be totally flat when I play. Ed Will, my jazz teacher, set up everything completely flat, and then you'd tilt your snare drum away from you, so I do that too. So my snare tilts away from me.

And I played in jazz band as well during all three years in school.

And I was in another band called Flash In The Pan, which was soca, Latin music, down in Laguna Beach.

Bill Stevenson of The Descendants is really good, too.

But really, anytime, I play on a practice pad as much as I can.

I have my kids every Friday through Monday, and I don't leave them the whole time I have them.

I listened a little to punk when I was younger, but it was straight edge punk. It was nothing like what is going on now, like poppy punk.

I need protein from food rather than just protein supplements. I changed my diet.

I play Orange County drums. I love those guys. I've got a four piece kit.

I practice every day, I warm up before I play.

I run every day now. I never ran before.

I want a certain thing for my children. I just want to be in their life. I don't want nannies raising my kids.