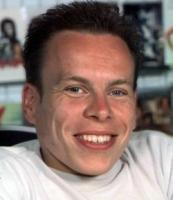 See the gallery for quotes by Warwick Davis. You can to use those 7 images of quotes as a desktop wallpapers. 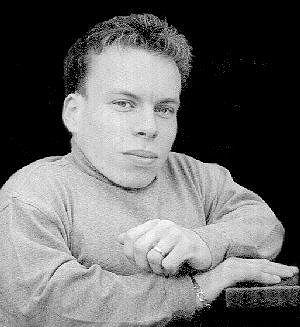 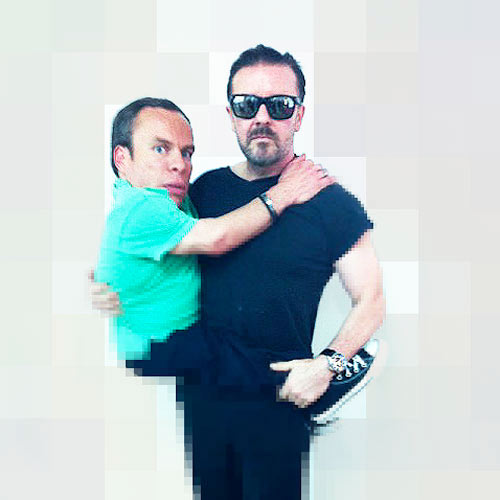 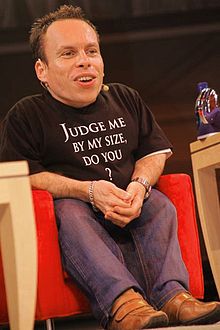 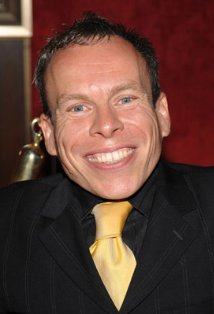 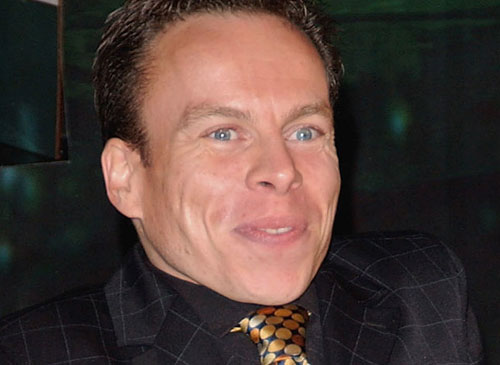 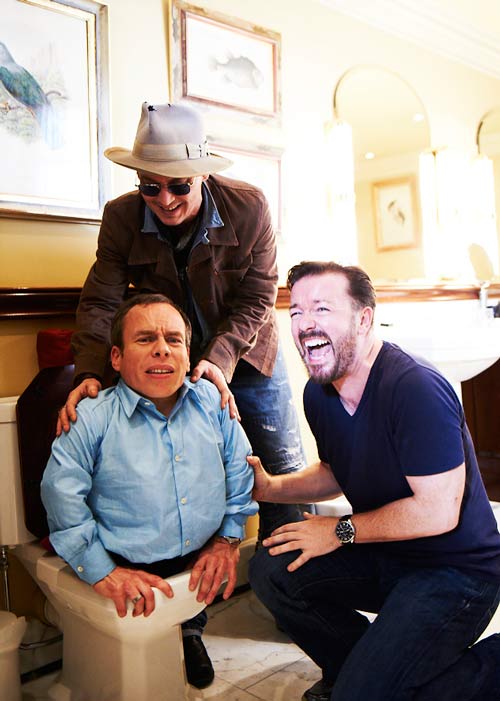 I would like to play an average guy. I would have loved to play opposite John Candy in a movie. That was my dream for a long time, and sadly, now I can never realize that. But I'd like to do comedy.

I wouldn't say one is easier or more difficult, but when you're inside a costume and a mask, you have to endure heat - and, often, difficulty seeing. The vision is not very good in a mask. And you have to cope with that, as well as trying to think about this character.

I've found that it's actually more of a disability to be tall than short. I have no problem fitting into plane toilets etc, and the adaptations made for wheelchair users - such as the lowering of bank machines - work for me as well.

If you just did a horror tone throughout an entire movie you almost, as an audience, can get a little bit used to it. But if you're laughing one minute and, you know, somebody's doing something quite horrific the next minute, it's a little more shocking.

If you stood me in a costume next to a computer graphic of the same-looking character, I think there would be a difference. And many movie fans I've spoken to would rather see an actor in a costume than CG.

Tags: Character, Next, Rather

It's interesting to see what people are saying about me. I like keep up with the latest rumors! A while back there was a rumor that I was going to do a film with Demi Moore about the takeover of Commodore computers!

My life is quite physical anyway. When you are three-foot-six you kind of have to climb stuff now and again, and you find yourself in quite precarious situations just to manage in what is quite a big world.

The way people deal with me - they'll go overboard in trying to be politically correct and make a mess of it. Everyone's so worried about what they're saying to everyone else, that they don't talk very much.

To me that's part of my working day, and I would never refuse a job where I'm under several hours of makeup, because as an actor, I enjoy performing. It's about the creation of the character and the art to me, not about being comfortable and how long it all takes.

When I came up with the character of Wicket for 'Return Of The Jedi', which was my first film, I was a kid of 11 years old, and I basically was playing a very young Ewok.

When I go from a role with heavy prosthetic makeup, which I've done quite a bit of as well, and then do a role where I'm not wearing any, I have to be conscious of toning everything down.

When I go from a role with heavy prosthetic makeup, which I've done quite a bit of as well, and then do a role where I'm not wearing any, I have to be conscious of toning everything down. Because when you're wearing prosthetic makeup, of course, you have to really move your face a lot more to convey things through the makeup.

When I was born in 1970 with a rare genetic disorder called spondyloepiphyseal dysplasia congenita (SED), medical science wasn't what it is today and my mum and dad were treated terribly by the medical profession.

The world worries about disability more than disabled people do.

Nothing's better than coming away from a film when people don't even recognize you, because you've undergone a total transformation.

As a film actor, you don't often get that opportunity to meet with your audience and take your applause on stage.

As you get older, you can suffer from painful hips, and our joints wear a lot quicker than for people of average height.

I don't crave fame. I mean, it's nice to be recognized. It is useful.

I don't want to be just somebody short who happens to act. I hope my legacy will be Warwick Davis, Actor.

I wouldn't change a thing about my family.

I'm an actor, and when I close the door at home I'm kind of off-duty.

In a costume, you need very exaggerated body language - as you say, sort of mime-type skills.

My dad instilled in me a great sense of humor. I wasn't bullied at school because my outward attitude was confident, and that helps.

Much more quotes by Warwick Davis below the page.

My parents are both average size. For them to have a child who was very, very different and very, very small must have been incredibly hard.

My parents armed me with an amazing sense of humor, and it's what you need when, well, it's what anyone needs in this world.

My wife is short, and my two kids are also small.

People who are short, they're often portrayed as the victim.

So, I think I'd be grateful for the next job. I always am. And I always consider everything I do to be the last thing I do.

There's nothing better than going to the movies and going into another world, and forgetting about everything that's happening outside.

Very obsessed fans do ask actors to attend their weddings.

When you do films that have multiple sequels, you develop a character for a film.

You've got to love acting and that's true for me. I love the idea of getting on stage and getting in front of a camera.

And I feel that filmmakers ought to be careful with the use of 3D. Because if you look back over the decades, you see that 3D has come and gone for I don't know how many years now.

I do a lot of public speaking and presentations and I'll always start with a self-deprecating joke to make everybody feel comfortable with my size because there can be hang-ups and anxieties.

I find vacuuming very therapeutic, but I hate ironing. I usually have no shirt on while ironing, because I'm ironing it, and I end up burning my chest.

I run Willow Management, which is the biggest agency for other short actors. We look after performers who are either under five feet and over seven feet tall.

If you step on people in this life, you're going to come back as a cockroach.

The road to success runs uphill.