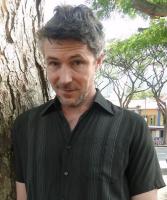 See the gallery for quotes by Aidan Gillen. You can to use those 7 images of quotes as a desktop wallpapers. 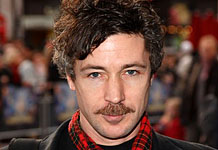 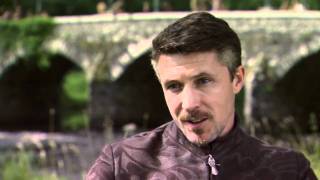 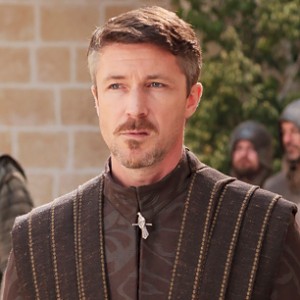 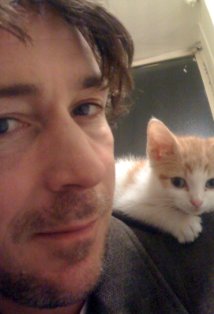 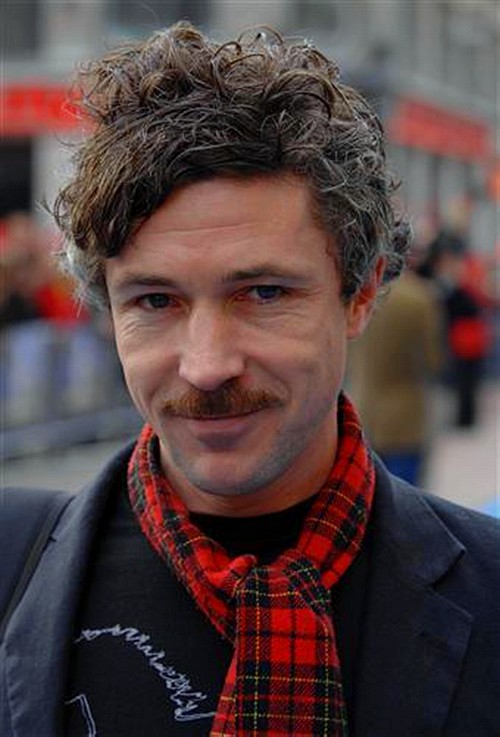 There was a year between school and getting going as an actor when I basically just watched films. Video shops were the new thing, and there was a good one round the corner and me and my brother just watched everything, from the horror to the European art-house.

To start, I wasn't really interested in acting at all, and I didn't make much impact. The first play I was in was on for five nights and I didn't show up for two of them and nobody noticed. But I stayed because that's where my friends were, and after a while I found myself wanting to inhabit other people's worlds and lives.

For me, now, working and children is it. There's nothing more to life.

I can read people, and if the other person doesn't want to say anything, I'm fine with that. People say things when it's time to say them.

I didn't want to go to college or work in an office or have a nine-to-five job. I knew that quite clearly before I left school.

I do consider how I spend my time off carefully because I've got two kids.

I don't do a lot of reflecting. I'm usually about getting on with it.

I find still photographs make me quite self-conscious.

I hate it when people tell you you're good when you know that you're not.

I have been in control of what I've been doing, of the career I've put together.

I heat myself up over the fact that I am never going to be as good as I want to be.

I'd quite like to do a musical. I'd probably have to develop that myself.

It's always a good idea to let the audience make up their own minds.

People say 'The Wire''s bleak, y'know, but I see it as a love letter to Baltimore, and it's one written in a very strange and complex way.

Both 'The Wire' and 'Queer as Folk' had a big scope. They were panoramas, telling ambitious stories about two cities, Baltimore and Manchester, for the first time.

'Heroes', 'Desperate Housewives', 'The Sopranos' - they're all very stylised. 'The Wire' is much more rooted in realism and honesty. In American television, I can't think of anything I'd rather have been in because it has got something to say and that is the kind of thing I want to do.

I do what I can, but I'll always give it a shot. You're not going to see me playing a Welsh character any time soon, not because I wouldn't love to. I went up to Wales once and read for a film with Rhys Ifans, and haven't been asked back since. We did have a nice time on the train on the way back.

I don't really differentiate between different genres: if there's a good part going, I'll go after it, and it's preferable to me if it's something I haven't done before.

I have Googled myself, yeah, I think everybody has. I try not to make a habit of it - in fact I made a rule once never to Google myself, which made me happy.

I suppose there are actors who are worried about their public image. But I've never had any trouble playing unpleasant characters. It is only a part. Which is why you do it -because you are interested in exploring something you never could or would be.

Much more quotes by Aidan Gillen below the page.

I've made a point of trying not to play the same part, and of moving between theatre and film and TV. The idea is that by the time you come back, you have been away for a year and people have forgotten you. If you like having time off, which I do, that's a good career strategy.

It might take me an hour to get to feel at ease with somebody. I don't find it easy to go into a room full of 10 people and give it all away. In the pilot season in Los Angeles I've done that a couple of times.

Tags: Away, Done, Give

It seems to me that most characters, in anything, are flawed in some way, just like most people. You look for the good in the flawed people and vice versa, and then try and make them appealing in some way.

It's always more interesting to take on someone that's going to have hidden sides or a fatal flaw, because there's going to be more to play with - more conflict, internally or in and around them - but it's probably the thing of finding the positive in there.