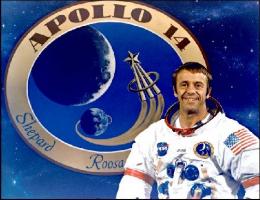 See the gallery for quotes by Alan Shepard. You can to use those 8 images of quotes as a desktop wallpapers. 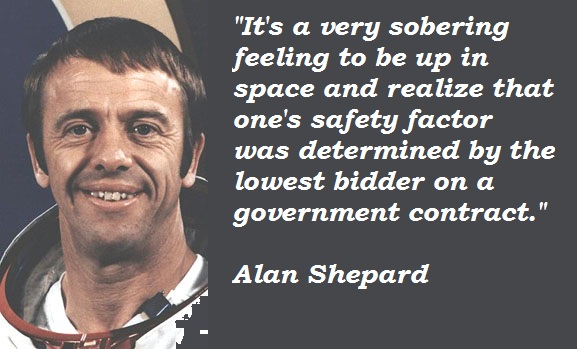 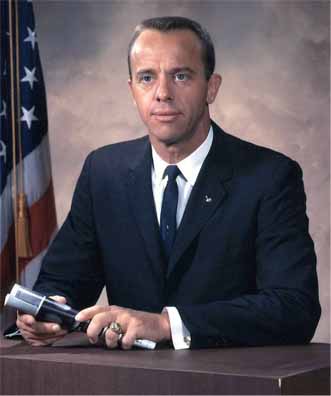 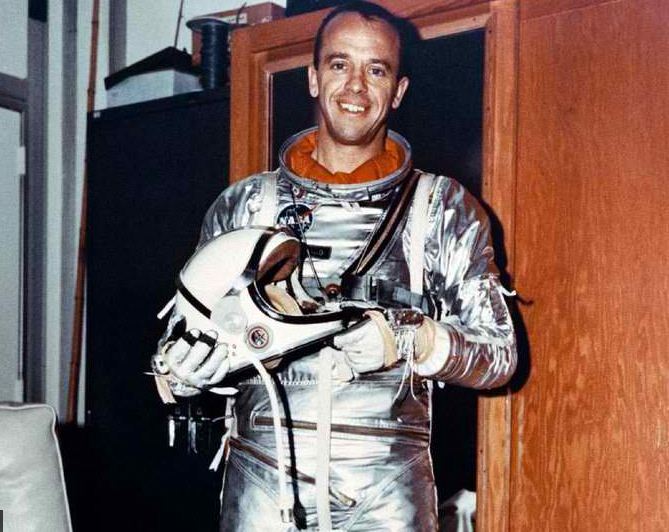 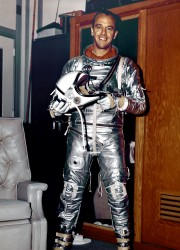 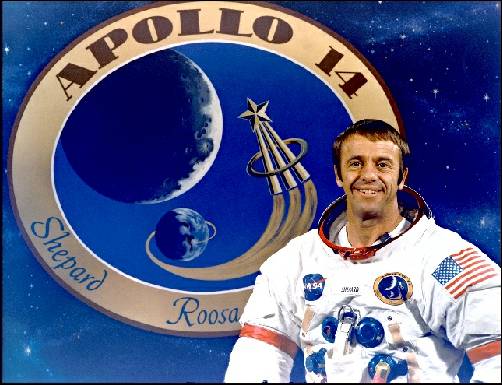 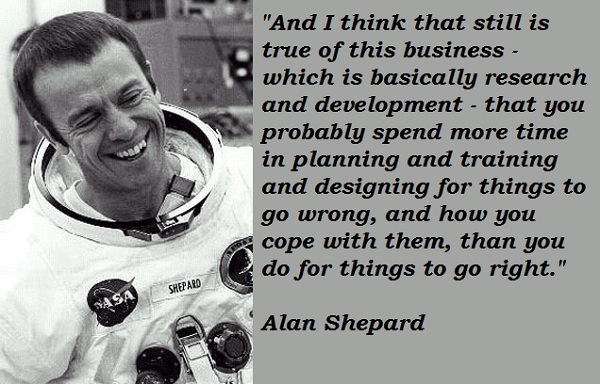 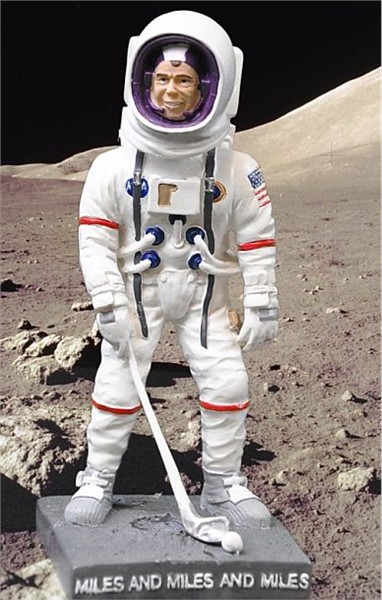 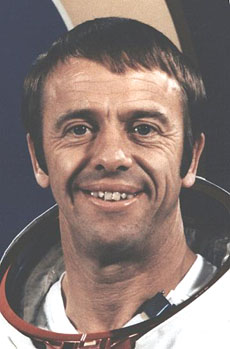 The pilot looked at his cues of attitude and speed and orientation and so on and responded as he would from the same cues in an airplane, but there was no way it flew the same. The simulators had showed us that.

The rocket had worked perfectly, and all I had to do was survive the reentry forces. You do it all, in a flight like that, in a rather short period of time, just 16 minutes as a matter of fact.

Then there was the challenge to keep doing better and better, to fly the best test flight that anybody had ever flown. That led to my being recognized as one of the more experienced test pilots, and that led to the astronaut business.

It's a very sobering feeling to be up in space and realize that one's safety factor was determined by the lowest bidder on a government contract.

Whether you are an astronomer or a life scientist, geophysicist, or a pilot, you've got to be there because you believe you are good in your field, and you can contribute, not because you are going to get a lot of fame or whatever when you get back.

It's been a long way, but we're here.

You may not have any extra talent, but maybe you are just paying more attention to what you are doing.

I must admit, maybe I am a piece of history after all.

I'd like to say I was smart enough to finish six grades in five years, but I think perhaps the teacher was just glad to get rid of me.

Obviously I was challenged by becoming a Naval aviator, by landing aboard aircraft carriers and so on.

Of course, in our grade school, in those days, there were no organized sports at all. We just went out and ran around the school yard for recess.

They say any landing you can walk away from is a good one.

We also knew it would be difficult, because of the financial condition of the family, for me to go to college.

You know, being a test pilot isn't always the healthiest business in the world.

I didn't mind studying. Obviously math and the physical science subjects interested me more than some of the more artistic subjects, but I think I was a pretty good student.

We worked with the engineers in the design and construction and testing phases in those various areas, then we would get back together at the end of the week and brief each other as to what had gone on.

You've done it in the simulator so many times, you don't have a real sense of being excited when the flight is going on. You're excited before, but as soon as the liftoff occurs, you are busy doing what you have to do.

And I think that still is true of this business - which is basically research and development - that you probably spend more time in planning and training and designing for things to go wrong, and how you cope with them, than you do for things to go right.

But when I was selected, after my very first tour of squadron duty, to become one of the youngest candidates for the test pilot school, I began to realize, maybe you are a little bit better.

I think all of us certainly believed the statistics which said that probably 88% chance of mission success and maybe 96% chance of survival. And we were willing to take those odds.

I think the sense of family and family achievement, plus the discipline which I received there from that one-room school were really very helpful in what I did later on.

I woke up an hour before I was supposed to, and started going over the mental checklist: where do I go from here, what do I do? I don't remember eating anything at all, just going through the physical, getting into the suit. We practiced that so much, it was all rote.

Later, in the early teens, I used to ride my bike every Saturday morning to the nearest airport, ten miles away, push airplanes in and out of the hangars, and clean up the hangars.

Much more quotes by Alan Shepard below the page.

The excitement really didn't start to build until the trailer - which was carrying me, with a space suit with ventilation and all that sort of stuff - pulled up to the launch pad.

The first plane ride was in a homemade glider my buddy and I built. Unfortunately we didn't get more than four feet off the ground, because it crashed.