See the gallery for quotes by Anna Kendrick. You can to use those 7 images of quotes as a desktop wallpapers. 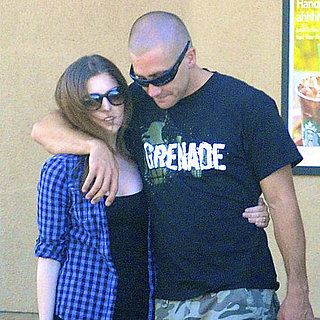 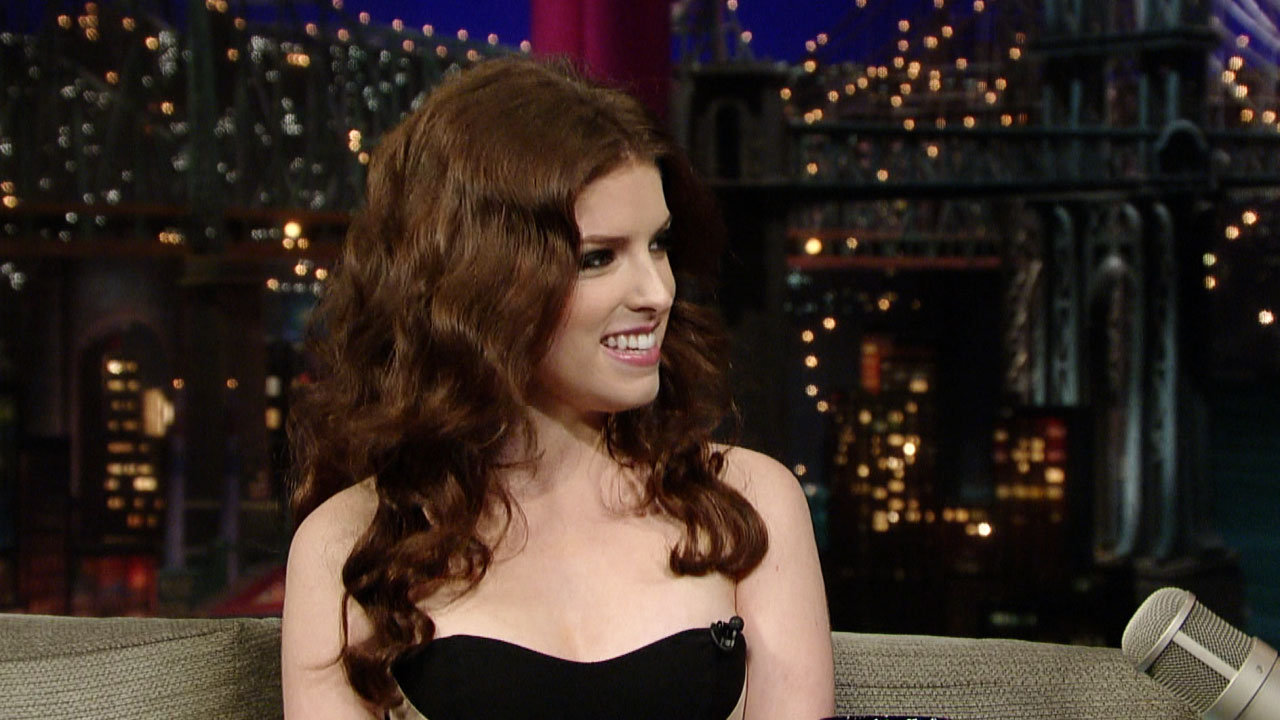 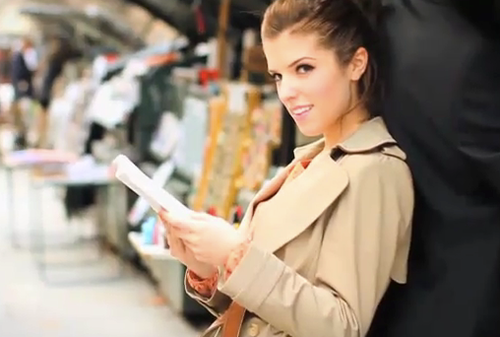 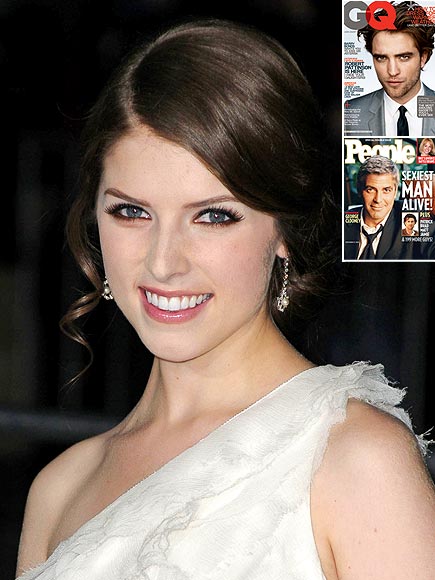 Humility was an important part of the way I grew up. And I found that to be less common when I moved to California. That's not to say humble people don't exist there, but ambition seems really important.

I actually love actresses who look like they feel really natural. I like Patricia Clarkson, Laura Linney, Frances McDormand. Those are actresses where the second they show up on screen you're like, oh my gosh, this movie just got so much better.

I definitely think it exercises an interesting muscle, auditioning for bad parts and trying to figure out how to make it real. I don't know what I'm talking about now.

I feel like I'm still learning a lot. I think there's a tendency for people who are just doing their first couple of films that I see now where they seem to be really resentful of the technical limitations that come along with filmmaking.

I filmed seven movies in 2011 and I think that was a mistake. I pushed myself too hard and I want to be able to come to work each day and give 100 percent. I guess I found out what my boundaries are.

I guess as long as people think of me for different ages, I'll trust their opinion. I remember noticing one year that Michelle Monaghan played 34 and 19, so I've kind of clung to that as my justification that I can be Jake Gyllenhaal's wife and a freshman in college in the same year.

I guess my silly dream is to be on 'Game of Thrones.' I don't think that I can do that, but that's my silly dream. And there are a lot of American comedies, particularly on NBC, that I would, I would love to do.

I heard people saying they were going to become millionaires by the time they were 25 - that's gross and obnoxious, but in California it's looked on as an asset.

I like figuring out where I need to be mentally so that I'm not thinking about the camera and that it's second nature. I want to get to a place where I can exist within the confines of what you can do with filmmaking and not have to think about it.

I think my iTunes is a kind of strange and embarrassing mix of show tunes and artists that I have no perception of whether or not they're huge or not, you know? I'm the kind of person who doesn't realize that The Arcade Fire is a big deal, but then I expect everybody to know Cocoon, and people tend to not know Cocoon.

I think right after 'Up in the Air' everyone wanted me to play the girl from 'Up in the Air,' and it took a little while for people to think of me as an actress from a film that they liked instead of just that character.

I think there are rock stars within every subgenre, and for people who are obsessed with musical theater Sutton Foster and Audra MacDonald are like Beyonce to them. I'm sure the a cappella world has their own version of that, and that exists in every geeky subculture.

I want to do stage again, because there just aren't words for how great it is. People say that all the time, 'There's nothing like live theater, blah blah,' but it's really true. I see a show and I know how they feel, and it feels great.

I was really overwhelmed by the amount of roles that I got offered that were carbon copies of what I did in 'Up in the Air.' I got every offer for every ambitious, unfeeling practically robotic character.

I'm a pretty big dork. It's crazy. I'm one of those people who grew up with all kinds of musicals, but I was right at that age where 'Rent' was a big deal for me and for my friends.

I'm constantly playing this game in my head where I'm thinking, 'Can this quote be pared down and misinterpreted?' It doesn't matter what outlet I'm talking to and how comprehensive the interview is, because I have to think in terms of, 'Right, but 'People' magazine could just take this one quote and take it out of context.'

I'm into 'The Walking Dead,' 'Shaun of the Dead,' obviously, and I've seen all the Romero movies. I am a classic zombie queen. And I love the White Walkers on 'Game of Thrones.' Weirdly, it wasn't until pretty late in life that I found my entry point into horror films.

It's like an OCD thing, it's not as much something I enjoy. If I see a chapstick that I've never tried, I have to buy it. And then once that door's been opened, I have to check the whole store to see if there are more chapsticks that I don't have.

My favorite movie is 'The Women' from 1939. It's been my favorite movie since I was like 12 years old. I love the dialogue, really. It's just a lot of really strong female performances. Rosalind Russell kills it, you know.

My parents got married late and they had kids late, so I never felt a social or cultural thing to be married or pregnant or a homeowner by a certain age.

My parents were really, really cool about supporting what I wanted to do at a really young age. I think I was about 10 when I caught the bug. They would drive me down to New York if there were auditions. When I was 12, I did this show on Broadway called 'High Society,' so we moved to New York for the run of that.

'Rocket Science' is really where I fell in love with filmmaking, I think 'Camp' was incredible, but it was so bizarre, and I was trying to find my footing in this world where you don't have an audience for immediate validation.

Much more quotes by Anna Kendrick below the page.

There will always be a part of me that wants to do a movie musical. I feel like you're doing yourself a disservice when you say something like that, because you never know if that thing is gonna come along and be right, but I'd be lying if I said that that wasn't true.

There's always moments where you creep yourself out, and you think you heard something and you convince yourself that some spirit is in the room with you, but truly, I don't believe in any of that kind of thing. A lot of my friends really do.

To not be self-conscious of your appearance is huge, and something that I desperately hope to carry into film at some point in my useless life - to not be thinking, 'My ear looks weird from this angle, why is the camera over there?'

Voiceover excited me and terrified me. I thought I was going to be really bad at it. It was so freeing and fun to not have to wait for 10 minutes between every setup. They just throw you a direction, and you just say it.

When I get recognized for 'Twilight,' it's usually a teenage girl, and they're usually really loud. So it certainly feels like I get recognized the most from that, but it could just be because of the nature of how vocal those fans are.

I think a gentleman is someone who holds the comfort of other people above their own. The instinct to do that is inside every good man, I believe. The rules about opening doors and buying dinner and all of that other 'gentleman' stuff is a chess game, especially these days.

I rarely get recognised. It's always a shock when someone notices me. I always think they must be confusing me with someone else.

Tags: Confusing, Else, Someone

I started auditioning when I was about 10 and I didn't get my first job until I was 12, and two years at that age is really hard.

I'm the person who wouldn't send back my food even if I got steak when I'd ordered fish.

The consummate gentleman on the planet today is George Clooney, who never fails to go the extra mile for people. Every person matters to George.

When you first saw 'The Truman Show,' did anyone else walk around for the next week not picking your nose just in case?

Tags: Anyone, Else, Show

I don't usually drink caffeine so that when I need it, it actually does something.

I fall in love with characters when they're out of their element or are uncomfortable and you really feel for them in a knee-jerk sympathetic way.

I feel like people want there to be this mystery between film and theater, but I just kind of went where I got jobs, you know?

I get really excited every time there's a female character who is really strong because a lot of females in film are really soft.

I graduated from high school early so I could move to New York to do 'A Little Night Music' out of the New York City Opera.

I happen to be a huge 'Lord of the Rings' fan. I do an annual marathon of the extended editions.

I stole comic books from my brother when I was a kid, but I was never like an avid fan. I can't claim to be like a comic book geek.

I think a good script is a rare thing, and I think no matter who you are you have to fight for the good ones.

I'm a big fan of '30 Rock,' which I think is the most genius show on television.

It's a lot easier to act when the writing is good. Nothing is more frustrating than trying to figure out 'Well, why did I say this next?'

My family has had to become quite understanding about me not returning phone calls when I'm filming.

There have definitely been more than a few moments in my life where I'm wondering where the next paycheck will come from and how I'm gonna pay rent.

I just got on Twitter because there was some MTV film blog that quoted me on something really innocuous that I supposedly said on Twitter before I was even on Twitter. So then I had to get on Twitter to say: 'This is me. I'm on Twitter. If there's somebody else saying that they're me on Twitter, they're not.'

My goal all along has just been to work and support myself. I've been really lucky to walk away from the 'Twilight' series unscathed. Somebody asked me recently what it's like to be a star. I thought that was the strangest question. If you saw my day-to-day life, the word 'star' just doesn't apply.

People like to make fun of the fans who camp out but people have renaissance fairs; people do Civil War re-enactments; people do what they like. I'm tired of hearing people rage on the fans. If you don't like 'Twilight,' don't buy a ticket.

After we shot the first 'Twilight,' we organized our own wrap party. We really didn't know what this was going to be. Something like that can come at you unexpectedly, and you just have to try your best to deal with it.