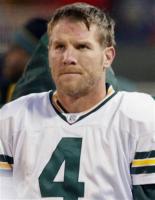 See the gallery for quotes by Brett Favre. You can to use those 5 images of quotes as a desktop wallpapers. 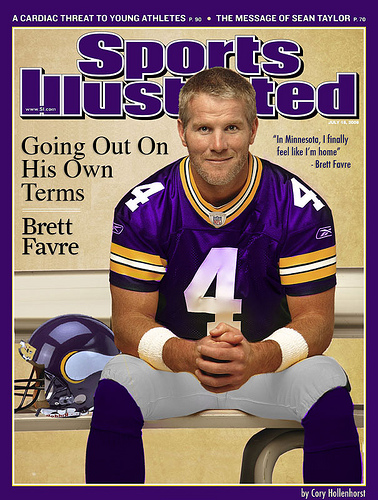 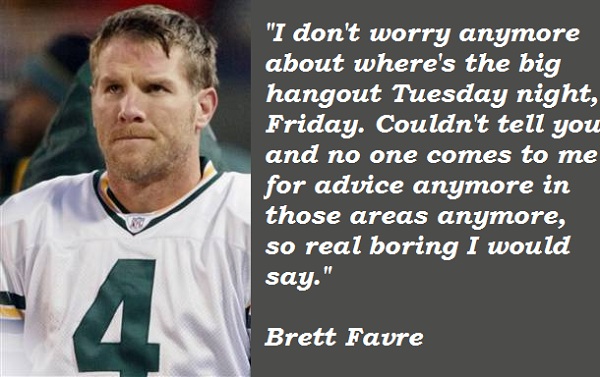 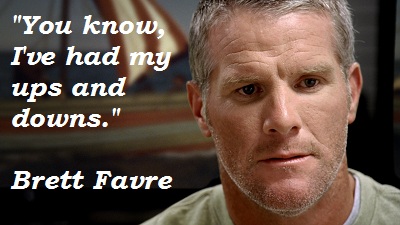 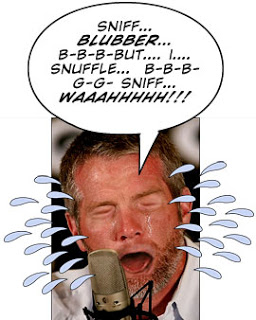 I grew up a Saints fan, an hour from the Superdome.

I know I'm not doing myself any favors by continuing to play.

I know it's not a one man team win or lose.

I love doing what I do.

I may be a successful football player, but I feel like such a failure.

I really believe this team has a lot of potential - whether it's this year or in years to come, I don't know.

I really like all music, but mostly Country, older R&B, and the good classic rock.

I think every player should think that he's a difference maker.

I think my stubbornness, hardheadedness and stupidity is what has allowed me to play for 20 years.

I think the 16 years that I spent in Green Bay speaks for itself.

I'm proud of everything I've done.

I've always been a Packer, always will be a Packer.

I've seen a lot of people jump on and off my bandwagon.

I, most talented players don't always succeed. Some don't even make the team. It's more what's inside.

If I'm going to play, it's going to be 100-percent commitment.

In spite of reports about playing with various teams, I'm enjoying retirement with my family and have no plans to play football.

Much more quotes by Brett Favre below the page.

In this case, I realize that, unlike when I was 22 years old, I realize now that football will not go on forever, it is a small part of your life.

Injuries obviously change the way you approach the game.

It's been a wonderful career, I couldn't ask for anything more.

It's fun leading this offense. I don't think we've hit our peak.

My job is to throw passes and be a leader.

Nothing, for the most part, surprises me anymore.

Obviously talent gets you to a certain point, but it's what you do with it, how you handle.

Sure, sometimes guys pass you up in salary, and maybe it's a lesser player, but it's all based on what a team has as far as value in that person.

That's kind of how I approach life and football; why dwell on something that's hasn't happened.

The party now is having my kids laugh and my wife laugh and my teammates. I want them to see me have fun and put it in a different way.

The way I played the game, the way I live my life, is very emotional.

There was a time when all I cared about was the next game, the next party, the next tee time.

With each game I play, each season I play, everyone would agree with me, I'm running out of chances.

You know I used to listen to music a lot more.

You're only as good as your last pass.

God, he deals you blows that at sometimes you think you can't handle and in the last year there have been things that we thought we couldn't handle but we've dealt with it up until this point.

And having a strong family, you know we've lost some members of our family and had some setbacks, but I think a good family and kids all those things I thought at one time... you got to be kidding me... Those things are so important they enable you to go on.

Because after my first year I had a lot of success, took everybody by storm, came back the next year thought it was easy and didn't have near the season I had the previous year. It was kind of a wake-up call. And so, life goes on.

I don't really care what's going on I just care about getting my job done the best that I can possibly do and deal with the other things in my life that take a lot of time and a lot of thought.

In my situation, unlike some players who retire because they have no choice - either teams don't want them or injuries have caused them to retire, and they just can't do it - for me, I really had never thought I would give out mentally before I gave out physically, but I think that was the case.

In the NFL a lot of times everyone gets caught up in the business side of things. For them it's all about money and it really leaves a sour taste in your mouth.

Initially, I know that I handled it worse than she did and I think partly because I've always been... every bit of adversity I've faced up until the last year and a half is adversity I brought upon myself - or the opposing teams have given me.

It's a difficult job to do, but that is why we do it. Only so many people can do it. But it, it enables you to... for a brief period of time to kind of get away. You have to go back and deal with, but it's a good escape.

It's not so much about killing an animal, it's being at peace and you don't have to worry about all the other things that go on. That's a couple of hours a week that you get to escape but it's nice to do that.

Just, you never know what the next day is going to bring. That goes for football, goes for off the field, and I gave up a long time ago trying to predict the future and trying to deal with things I couldn't deal with.

My wife, she still gives me a hard time, and says I hunt too much or I like to play golf too much. And she's probably right, but it sure beats some of the things I used to do.

Sometimes you get caught up in what's going on around you. The reality is that you are just a regular person. At some point, the career will be over, the bright lights turn off. That can come back to haunt you if you're not just a regular guy.

Well even before she was diagnosed with the cancer, I would have said that she was a lot tougher than me and most guys would probably say that about their wives and it's probably true in most cases.

Well I would say that we're regular people first of all and we're normal and it's obvious by some of the things that have happened just because our name is famous we're not immune to tragedy.

You can lose a game but, I see guys every week including myself, you lose a game, it's a tough loss, you're down, two weeks later you forgot about it. You know it's amazing how down you were, but all of the sudden you're like it never happened.

You have to play with the mentality that you are about to lose your job, and that they're going to talk about 'The Other Guy' first. You have to think, 'I want my name mentioned first.'

I knew I needed surgery and I didn't want to have it and I ended up having it.

I'm thankful for all the things that this job has given me and my family. But probably the thing that I am most proud of throughout my career is that, not only myself, but my family and the people around me have just been regular people, which we are.

You're never guaranteed about next year. People ask what you think of next season, you have to seize the opportunities when they're in front of you.

I don't worry anymore about where's the big hangout Tuesday night, Friday. Couldn't tell you and no one comes to me for advice anymore in those areas anymore, so real boring I would say.

You know, I've had my ups and downs.

It's been six years since I have had a drink and I have two girls, and my priorities are a lot different now and I just can't believe I was that guy. And I would not go back, I would not trade the way I am now for anything.

Every day is not perfect.

I think people have all faced decisions at times where you never know.

If I can change than anyone can change. I promise you that.

If you grew up in a household with a football coach who looks like a drill sergeant, you would think you would be tough.

My intention... isn't to create controversy.

But when you lose a family member or something tragic happens, that stays with you forever. You never get over it. Knowing that you have to deal with that for the rest of your life... Football is important, but not as important as you once thought it was.

I consider myself more of a loner now and I think when you get older, especially in this game, and just talking with other players who have come and gone, I see what they were saying when I was a young guy in the locker room.

As you get older, you look at things differently.

Even in past years, when I wasn't in the Super Bowl, I wished I was.

I can't believe I survived, not only my life, but I am still playing football 'cause half of those eight or nine years I don't even remember.

I consider adversity being good sometimes, you know.

I don't need to have a retirement, retire your jersey, all that stuff to solidify my career.