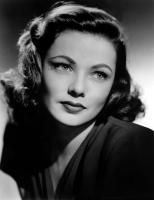 See the gallery for quotes by Gene Tierney. You can to use those 7 images of quotes as a desktop wallpapers. 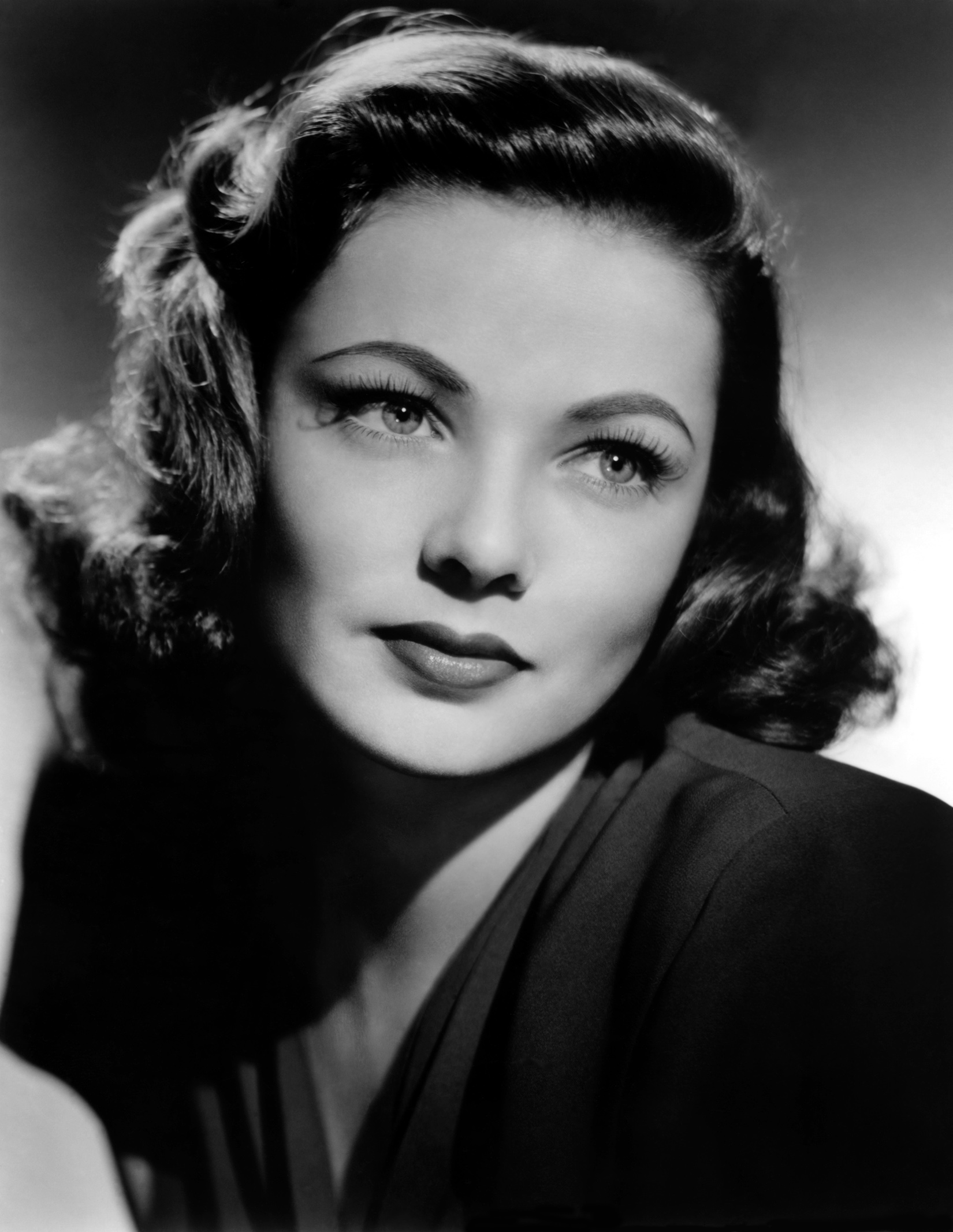 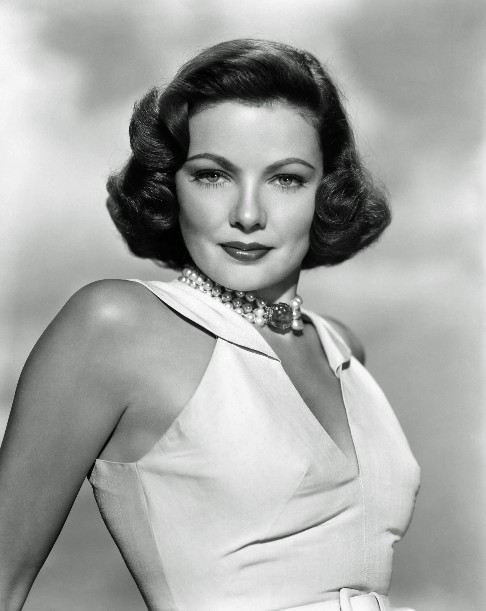 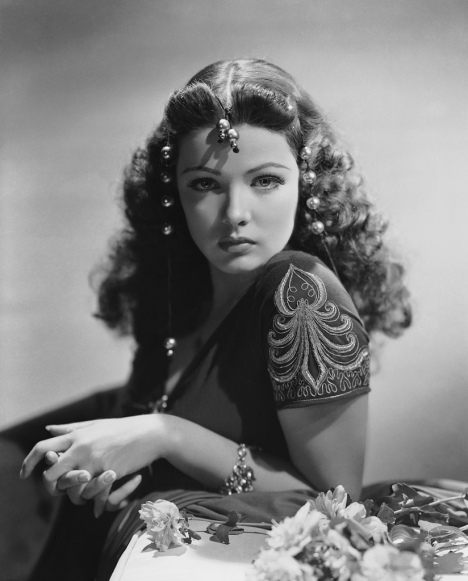 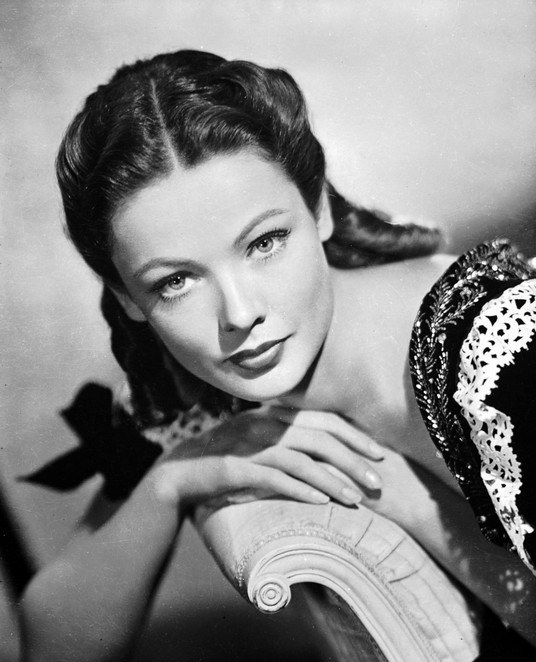 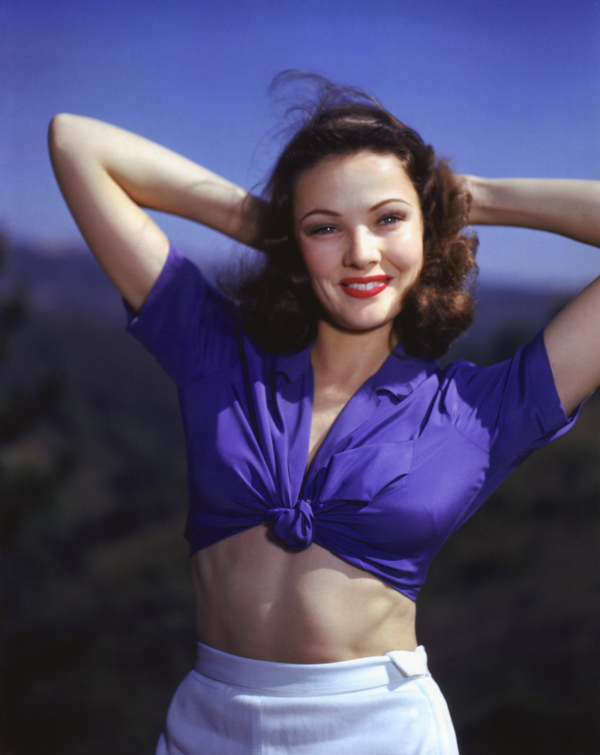 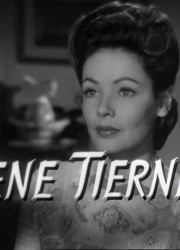 I always tried to play my hunches.

I am not the kind of woman who excuses her mistakes while reminding us of what used to be.

I dated dozens of young men, had fun with all, made commitments to none.

I do not recall spending long hours in front of a mirror loving my reflection.

I existed in a world that never is - the prison of the mind.

I had been offered a Hollywood contract before my 18th birthday. It gave me the spark I needed.

I had no romantic interest in Gable. I considered him an older man.

I hole up now and then and do nothing for days but read.

I learned quickly at Columbia that the only eye that mattered was the one on the camera.

I loved to eat. For all of Hollywood's rewards, I was hungry for most of those 20 years.

I needed to be accepted, not humored. I intended to act.

I remember the 1940s as a time when we were united in a way known only to that generation. We belonged to a common cause-the war.

I simply did not want my face to be my talent.

I used to annoy my father by telling him how much I felt luck was with me.

I used up every cent I earned as an actress.

I was going to live on my salary or go down swinging.

I was not cut out to be a rebel.

I was plunged into what was known as the debutante social whirl. This was one of the ways fathers justified their own hard work and sacrifices.

I'm not sure I can explain the nature of Jack Kennedy's charm, but he took life just as it came.

In later years, I craved foods that were almost always fattening.

In my early days in Hollywood I tried to be economical. I designed my own clothes, much to my mother's distress.

It is difficult to write about any form of mental disease, especially your own, without sounding as if you were examining a bug under glass.

Much more quotes by Gene Tierney below the page.

It was the fashion of the time, still is, to feel that all actors are neurotic, or they would not be actors.

Life is a little like a message in a bottle, to be carried by the winds and the tides.

Men are wonderful. I adore them. They always give you the benefit of the doubt.

My departure from Hollywood was described as a walk-out. No one understood that I was cracking up.

My mother would not talk to me for weeks, would not stay under my roof for as long as I was married to Oleg.

The Hollywood structure was monopolistic, run by four or five big studios.

The Howard Hughes I knew began to change after his plane crash in 1941.

The main cause of my difficulties stemmed from the tragedy of my daughter's unsound birth and my inability to face my feelings.

The word actress has always seemed less a job description to me than a title.

Those who become mentally ill often have a history of chronic pain.

Throughout my career, I was to be cast as a frontier girl, an aristocrat, an Arabian, a Eurasian, a Polynesian, and a Chinese.

Trying to make order out of my life was like trying to pick up a jellyfish.

Unlike the stage, I never found it helpful to be good in a bad movie.

We cannot calculate the numbers of people who left, fled or were fished out of Europe just ahead of the Holocaust.

What a different world it was when I first sailed for Europe in 1930, with my mother, sister, and brother to spend six months abroad.

When I met Jack Kennedy, he was a serious young man with a dream. He was not a womanizer, not as I understood the term.

When my mood was high, I seemed normal, even buoyant. I felt smarter. I had secrets. I could see God in a light bulb.

I had known Cole Porter in Hollywood and New York, spent many a warm hour at his home, and met the talented and original people who were drawn to him.

In the months leading up to World War II, there was a tendency among many Americans to talk absently about the trouble in Europe. Nothing that happened an ocean away seemed very threatening.

Jealousy is, I think, the worst of all faults because it makes a victim of both parties.

I have a role now that I think becomes me. I am a grandmother.

I admire anyone who rids himself of an addiction.

Tags: Addiction, Anyone, Himself

Some women feel the best cure for a broken heart is a new beau.

I was fine when it came to cheering up others, not so fine with myself.

Wealth, beauty, and fame are transient. When those are gone, little is left except the need to be useful.

When you have spent an important part of your life playing Let's Pretend, it's often easy to see symbolism where none exists.

I approached everything, my job, my family, my romances, with intensity.

About my career I was serious and earnest, sometimes impatient.

Children don't understand about people loving each other and then suddenly not.

Eccentric behavior is not routinely noticed around a movie set.

I ask myself: Would I have been any worse off if I had stayed home or lived on a farm instead of shock treatments and medication?

I knew I could not cope with the future unless I was able to rediscover the past.

I was fortunate enough to work under directors who were, most of them, brilliant, emotional men.

There were days that I worked all the time, without a layoff, or a rest, finishing one picture and reporting for another sometimes on the same day.

Rehearsals and screening rooms are often unreliable because they can't provide the chemistry between an audience and what appears on the stage or screen.

As an actress, I was trained to show emotion I did not feel, or no emotion at all.

Cars, furs, and gems were not my weaknesses.

Chaplin was notoriously strict with his sons and rarely gave them spending money.

Day after day, I spent long afternoons in the talent pool, being told how to walk, how to talk, how to sit.

Everyone should see Hollywood once, I think, through the eyes of a teenage girl who has just passed a screen test.

Fonda and Gary Cooper had the best sense of timing of all the actors I knew.

For years it never occurred to me to question the judgment of those in charge at the studio.

Hollywood can be hard on women, but it did not cause my problems.

Houses are one of my passions. I probably should have been an interior decorator.