See the gallery for quotes by Harvey Pekar. You can to use those 8 images of quotes as a desktop wallpapers. 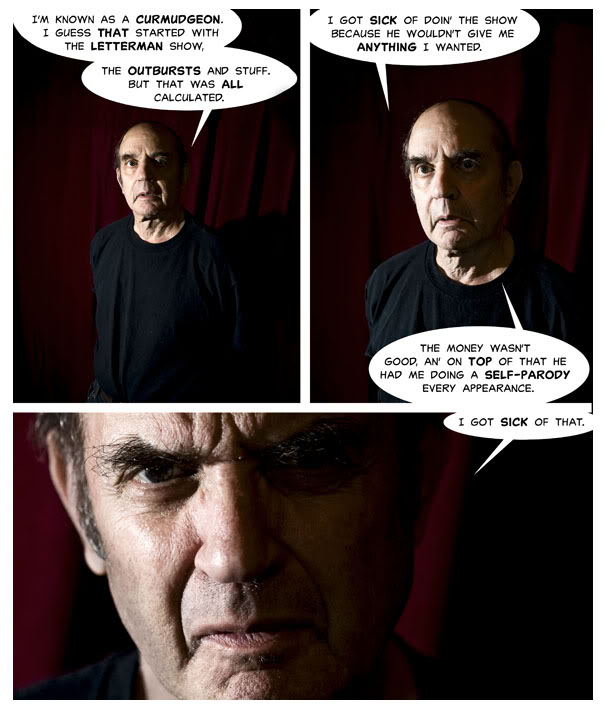 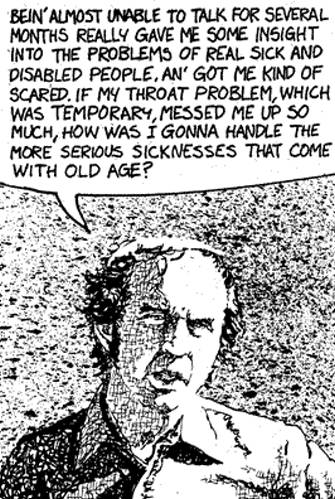 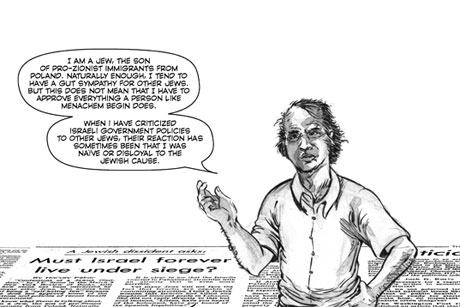 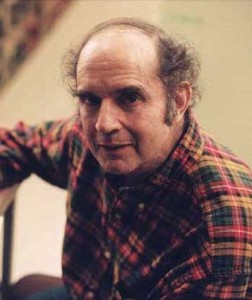 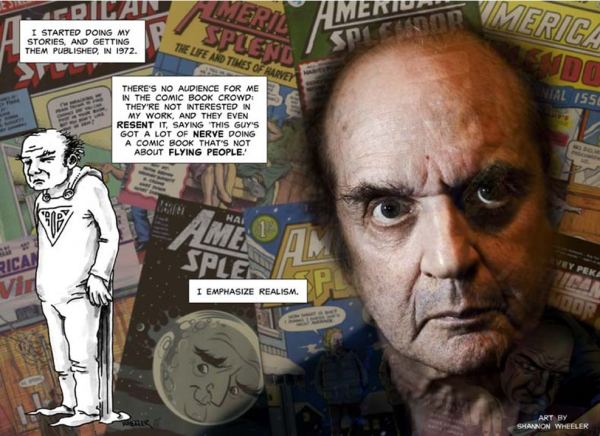 People who are readers of fiction aren't particularly interested in comic books.

People writing about me have said that I've influenced a lot of people, and there are some artists who have credited me with influencing them.

Plays have been made of my comics.

Some of the most valuable stuff I do has to do with my dissenting from the general opinion about people in movements.

There hasn't been enough change in comics to suit me. I don't know why exactly.

Things improved a little bit in the '80s; there was kind of a revival of alternative comics, but then they went downhill in the '90s.

I met Robert Crumb in 1962; he lived in Cleveland for a while. I took a look at his stuff. Crumb was doing stuff beyond what other writers and artists were doing. It was a step beyond Mad.

I wake up every morning in a cold sweat, regardless of how well things went the day before. And put that I said that in a somewhat but not completely tongue-in-cheek way.

I write scripts in storyboard fashion using stick figures, and thought balloons and word balloons and captions. Then I'll write descriptions of what scenes should look like and turn it over to the artist.

I'd been familiar with comics, and I'd collected 'em when I was a kid, but after I got into junior high school, there wasn't much I was interested in.

It seemed to me you could do anything in comics. So I started doing my thing, which is mainly influenced by novelists, stand-up comedians, that sort of thing.

The film's success so far involves winning a couple of prizes at Cannes and Sundance, and getting some very nice reviews in newspapers and magazines. That hasn't had a big impact on my life yet.

You can find heroism everyday, like guys working terrible jobs because they've got to support their families. Or as far as humor, the things I see on the job, on the street, are far funnier than anything you'll ever see on TV.

I think you can do anything with comics that you could do in just about any art form.

I really don't have a lot in common with the people who attend the Comic Con. It's like assuming that all people who write prose are the same.

American Splendor is just an ongoing journal. It's an ongoing autobiography. I started it when I was in my early 30s, and I just keep going.

I came up with American Splendor. Some people think it's American Squalor.

I continue to be disappointed that people don't try and diversify the kind of work they are doing in comics.

I decided I was going to tell these stories. I went around and met Crumb. He was the cartoonist. I started realizing comics weren't just kid stuff.

I don't mind if I show myself being cheap or unreasonable sometimes.

I like to go back over history and check out what people have written and whether I agree with it or not.

I think comics have far more potential than a lot of people realize.

Much more quotes by Harvey Pekar below the page.

I think the people who would be the least interested in my work would be people who read lots of comic books.

I thought I had a great opportunity when I started doing my comic book in 1972. I thought there was so much territory to work in.

I try and write the way things happen. I don't try and fulfill people's wishes.

I'm a guy that likes to sit in one place.

I'm always shook up and nervous and I've got the hospital record to prove it.

I'm doing research for a large comic book on the Beat Generation guys - Allen Ginsberg and Jack Kerouac and those guys.

I'm trying to get every man involved in art, into experimental music, or painting, or novel-writing.

I've probably had my day in the sun. I think I've influenced a lot of comic book writers.

It didn't take long to establish myself, as far as people thinking my work was good. They liked it from the start.

It makes you feel good to know that there's other people afflicted like you.

It's extremely seldom that anybody wants me to change what I've written about them. Generally I portray them in a good light, if they're friends.

Letterman... he got his problems. We don't get along too well.

Misery loves company. There's a lot to that.