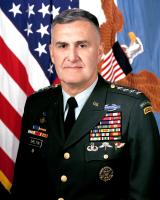 See the gallery for quotes by Hugh Shelton. You can to use those 7 images of quotes as a desktop wallpapers. 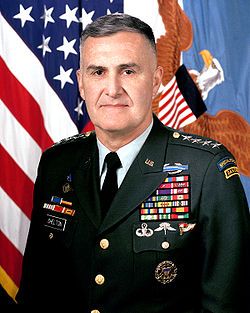 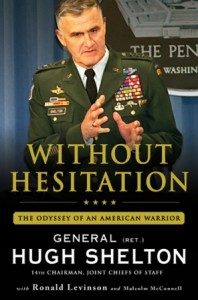 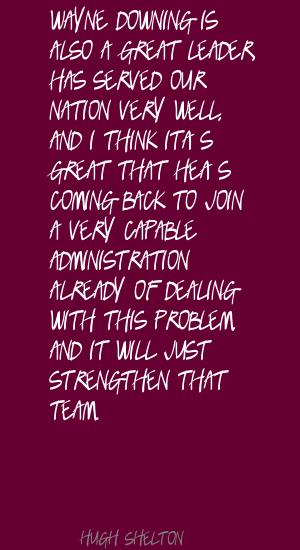 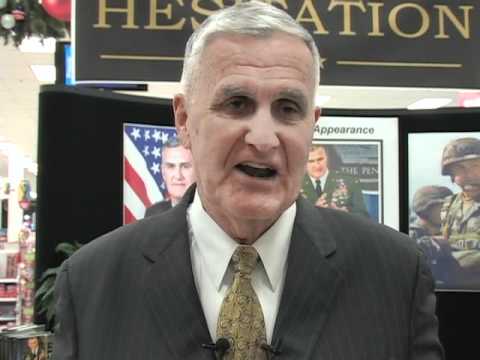 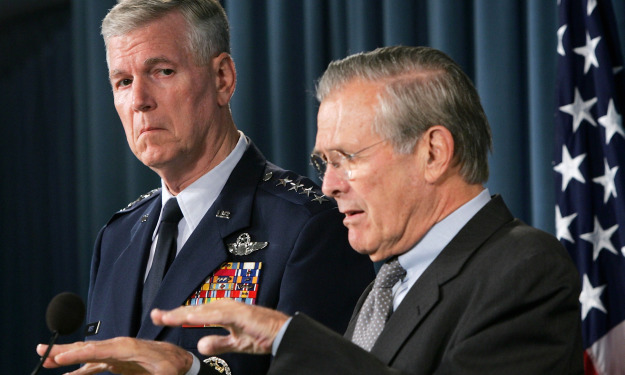 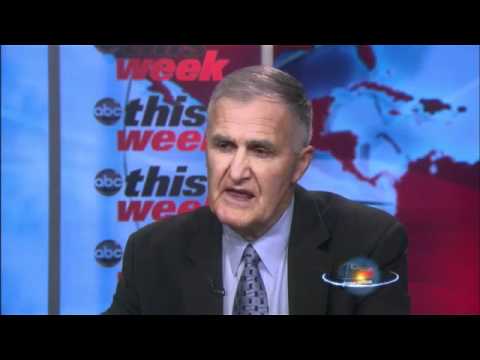 Wayne Downing is also a great leader, has served our nation very well, and I think it's great that he's coming back to join a very capable administration already of dealing with this problem, and it will just strengthen that team.

We came back right over the World Trade Center and could see, even from that altitude, the devastation, the smoke that was coming up. It was obvious it was going to be horrible.

The first truth for special operations is that quality is more important than quantity.

I always concentrated on doing the very best that I could in the job and the duties that I was assigned.

I was, somewhere in the neighborhood of about 300 jumps.

I'm not going to say whether I'm a Republican or a Democrat.

My goal was to make first lieutenant. I never spent a lot of time worrying about what came after that.

The standards to get in are very high. We don't want to lower those standards.

Well, I enjoy sharing in the dangers that we ask our men and women in uniform to share in almost every day.

Well, it has been rather hectic since the 11th of September. And even before then it was quite busy.

Tags: Busy, Rather, Since

Whether or not you could actually increase the size of the force is something that will have to be determined.

And occasionally some of the nations that will be partners in this would probably not be, in terms of passing a pure human rights check, have everything going for them that you would like to have.

And so I'm still giving some thought - I will transition hopefully into the corporate world. And I look forward to getting involved in several other areas that I have a great interest in.

But again, we, I think, over the years have set the example for a lot of nations that may not have had the same values, the same type of coming out of the same culture that we as Americans have and enjoy. But we can be an example, a role model for them.

But it's been a great, humbling - and I've been very honored to have the opportunity to serve and to lead and to be the representative of our soldiers, sailors, airmen and Marines who are in Washington. And it's been the greatest honor of my life.

But the other thing is that I feel very confident in the individual pilots. They are tremendous individuals. They are individuals that have sworn to protect and defend our very citizens. That's why we serve.

I believe that this is a different war than America has ever fought in the past. It is a non-conventional war. It means that you've got to use every tool you've got available to you.

I feel very confident that Americans flying in the air are safe and that only under the most dire of circumstances would our pilots ever even request permission to do that.

I had seen the films out of World War II, the great 82nd Airborne, the 101st, and all of those of you in the greatest generation and the service that you had provided.

I jump out of perfectly good airplanes, and it's a great thrill and it allows me to share in the dangers that our great men and women in uniform share in on a regular basis.

I think that the American people should rest assured and be assured that every federal agency that has a role to play in this terrorism is working overtime now, taking every necessary action to protect our great citizens.

It is changing the face of terrorism. It is basically bringing it to the United States, to our great citizens. We know the terrorists are barbaric and murderers that attack innocent civilians, as they did in this case.

Of course, you always have to be concerned about hijacking. But with the measures that are in place right now, I'd say that probably the airways are as safe as they've been in a good number of years.

Much more quotes by Hugh Shelton below the page.

Our people are working overtime - I say our people; our federal agencies in this regard - and that I'm confident that the way that you can stop this and make Americans the most protected for this is to take it to the terrorist groups.

There are a lot of things that have to be considered in National. The military aspect of it is only one of them. I'm confident that President Bush will have all of those things laid out for him before he makes the decision.

They were involved in a firefight and felt they were surrounded. Whether they escaped from that and were fleeing and went in the wrong direction, we don't know.

Those are the things that, in the wrong hands - and certainly in our war on terrorism we also must attack proliferation and those nations that proliferate with chemical, biological and nuclear type devices, because that can cause the most catastrophic results.