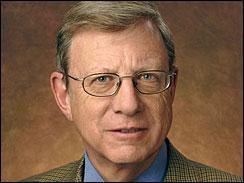 See the gallery for quotes by Jeff Greenfield. You can to use those 7 images of quotes as a desktop wallpapers. 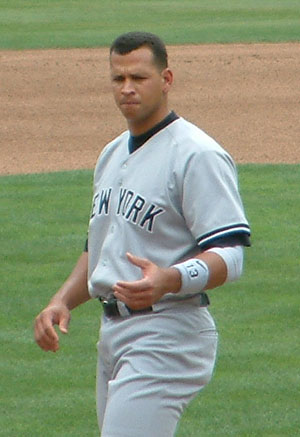 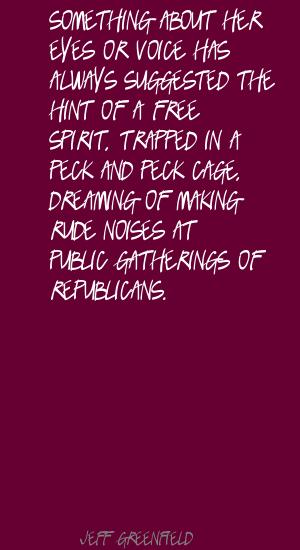 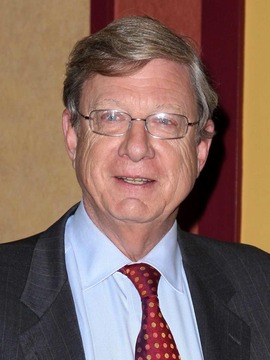 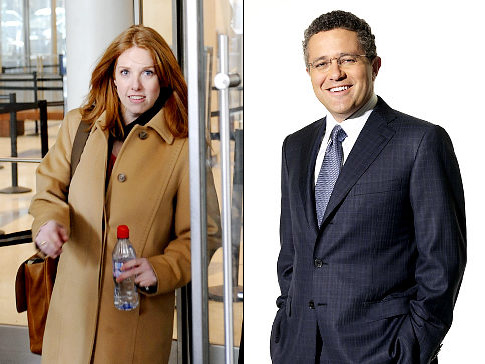 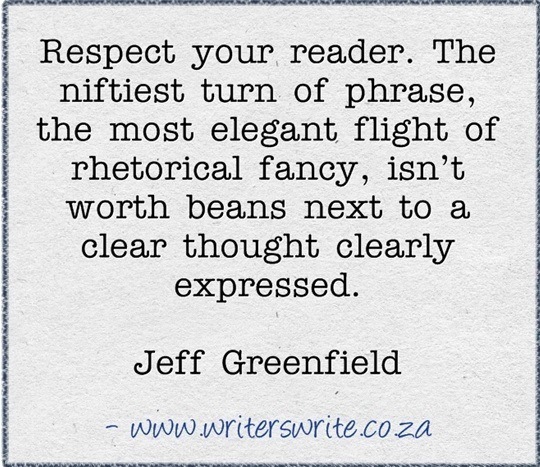 In the many-mansioned house of Alternate History, I occupy a small corner. The trio of what-ifs I chronicled in 'Then Everything Changed' all begin with tiny, highly plausible twists of fate that lead to hugely consequential shifts in history.

In the post-Watergate atmosphere of 1975 and 1976, the just-plain-folks personalities of both Ford and Carter seemed the perfect antidote to Nixon's arrogant, isolated presidency. But as alert history-minded readers know, Ford and Carter were both rebuffed by voters in their efforts to hold on to the presidency.

It strikes me as a sound, honest statement for a prospective voter to say: 'Look, I haven't given this election a minute's thought, and it's just not fair for me to cancel out the vote of someone who actually gives a damn.' Indeed, it's not just sound and honest - it's the ethically responsible thing to do.

Men and women in my lifetime have died fighting for the right to vote: people like James Chaney, Andrew Goodman and Michael Schwerner, who were murdered while registering black voters in Mississippi in 1964, and Viola Liuzzo, who was murdered by the Ku Klux Klan in 1965 during the Selma march for voting rights.

One of the enduring myths of campaign analysis is that you can actually count the number of 'undecided' voters by asking voters if they are undecided or not. Sometimes, significant numbers of voters actually change their minds.

One of the litmus tests for judicial conservatism is the idea of judicial restraint - that courts should give substantial deference to the decisions of the political process. When Congress and the president enact a law, conservatives generally say, judges should avoid 'legislating from the bench.'

Remember, the first presidential candidate to reject public financing for both the primary and general election was... Barack Obama, in 2008. He did it, in spite of a flat pledge to the contrary, because his campaign saw that it could vastly outspend John McCain.

So you wake up this morning and find you're president of the United States. Pretty cool, no? Helicopters and a 747 at your disposal; courtside seats at any NBA playoff game of your choice; everyone stands up and the band plays when you come into the room.

The charge that liberal candidates don't connect with or understand the values and beliefs of regular Americans is embedded in old epithets like 'limousine liberal,' which I first heard aimed at New York Mayor John Lindsay in 1969.

The Supreme Being I would sign up for would not prove his omnipotence by saving one life while ending dozens, or hundreds, or thousands. Nor would he summon an angel to heaven by ending a first grader's life at the hands of a gunman or sadist.

There is something discordant about a team of speechwriters and political operatives hammering away to create an image of the 'real, inner' candidate. And, to be blunt, there is no necessary connection between a moving life experience and the skills necessary for leadership.

Think about one of the most powerful influences on a young child's life - the absence of a father figure. Look back on recent presidents, and you'll find an absent, or weak, or failed father in the lives of Lyndon Johnson, Richard Nixon, Ronald Reagan, Bill Clinton and Barack Obama.

Traditionally, marriage is one arena where states have all but plenary power; it took until 1967 for the Supreme Court to tell states they could not prohibit interracial marriage.

When Al Gore picked Joe Lieberman, it was a clear declaration of independence from President Clinton; no Democrat had been more critical of Clinton's misconduct.

When an office-holder facing a multi-count indictment says that he has decided to spend more time with his family, the proper response is a horse-laugh. When an accused politician explains that a charge of corruption is 'really' an attack on his or her race, religion, ethnic background or gender, the odds that something felonious happened jumps.

When Bill Clinton chose Al Gore in 1992 - from the same generational, ideological, and geographical background as his - it underscored his campaign's central argument that this was a clash between the past and the future, that 'Don't Stop Thinking About Tomorrow' was indeed the campaign's anthem.

When I listen to the complaints that follow just about every presidential debate, I'm reminded of the well-worn joke about the Jewish mother who buys her son two shirts. When he shows up at dinner wearing one, she says: 'What's the matter? You didn't like the other one?'

When the blood of thousands of Americans is shed, the impact lingers. For a generation after the Civil War, the Republican injunction to 'vote as you shot' kept the party dominant for decades; from 1868 to 1912, only one Democrat - Grover Cleveland - won the White House.

This is part of the involuntary bargain we make with the world just by being alive. We get to experiences the splendor of nature, the beauty of art, the balm of love and the sheer joy of existence, always with the knowledge that illness, injury, natural disaster, or pure evil can end it in an instant for ourselves or someone we love.

There are good people who are dealt a bad hand by fate, and bad people who live long, comfortable, privileged lives. A small twist of fate can save or end a life; random chance is a permanent, powerful player in each of our lives, and in human history as well.

History doesn't turn on a dime; it turns on a plugged nickel.

Much more quotes by Jeff Greenfield below the page.

I got into writing and thinking about politics because I was told there would be no math.

In another life, before taking the veil of journalistic purity, I practiced the black arts of a political operative, including 'debate prep.'

More things in politics happen by accident or exhaustion than happen by conspiracy.

Protestations of indifference to higher office are hard to take seriously when the 'non-candidate' is busily engaged in testing the waters.

Tags: Shot, Somebody, Sure

These people have served a longer sentence than some people who have committed murder.

When George W. Bush picked Dick Cheney, it was a reassuring sign that the Texas governor would have an experienced, prudent voice at his side.

After immersing myself in the mysteries of the Electoral College for a novel I wrote in the '90s, I came away believing that the case for scrapping it is less obvious than I originally thought.

Tags: After, Away, Thought

As a general proposition, campaigns do not linger on the vice presidential nominee. When they have, it's always meant very bad news for the ticket. Think of Spiro Agnew's foot-in-mouth disease; Tom Eagleton's medical history; the real estate holdings of Geraldine Ferraro's husband; the unbearable lightness of Dan Quayle; Sarah Palin's reading list.

As a personal matter, I stopped voting more than a decade ago, on the grounds that it helped me as an analyst not to think about making a choice in the voting booth.

By every measure, John Kennedy's sex life was compulsive and reckless. At one level, it had clear public consequences. Knowledge of Kennedy's behavior gave FBI Director J. Edgar Hoover absolute job security, as well as the potential power to derail Kennedy's re-election had he survived assassination.

Conservatives may worship Adam Smith's 'invisible hand,' but for Obama, the helping hand comes in large measure from the public, not the private sector. To call this 'socialism' is to do violence to the word and to the concept. To call it 'un-American' is a smear.

F.D.R. had to deal with Southern segregationists - and outright racists - who held power in Congress, so he had to yield to that power in order to get his New Deal legislation passed.

For millions, Roger Ebert will be remembered as a writer and television personality who brought a sense of passion and excellence to his craft. For me, he is a man who fused joy and courage as few others ever have. My life was enriched by having such a friend; it is poorer for losing such a friend.

I got into television because I hated it so. I thought, there's some way of using this fabulous instrument to be of nurture to those who would watch and listen.

I grew up in New York City, where we played highly unorganized sports: stick ball, stoop ball, and the occasional game of baseball with no adult supervision.

If Obama's vision of the public sector is socialism, then so too were the visions of Theodore Roosevelt, Franklin Roosevelt, Harry Truman, Dwight Eisenhower, John Kennedy, Lyndon Johnson, and Richard Nixon.

If the court strikes down the Defense of Marriage Act, is that a 'liberal' result enabling gay couples married in states where gay marriage is legal to enjoy the same economic advantages that federal laws now grant to straight couples? Or is it a 'conservative' ruling, limiting the federal government's ability to override state power?

In early 1961 a new president, John F. Kennedy, was told by military leaders and civilian officials that the Kingdom of Laos - of no conceivable strategic importance to the U.S. - required the presence of American troops and perhaps even tactical nuclear weapons. Why? Because if Laos fell, Asia would go red from Thailand to Indonesia.

In every debate, whatever the format, whatever the questions, there is one and only one way to identify the winner: Who commands the room? Who drives the narrative? Who is in charge?