See the gallery for quotes by Jenny McCarthy. You can to use those 8 images of quotes as a desktop wallpapers. 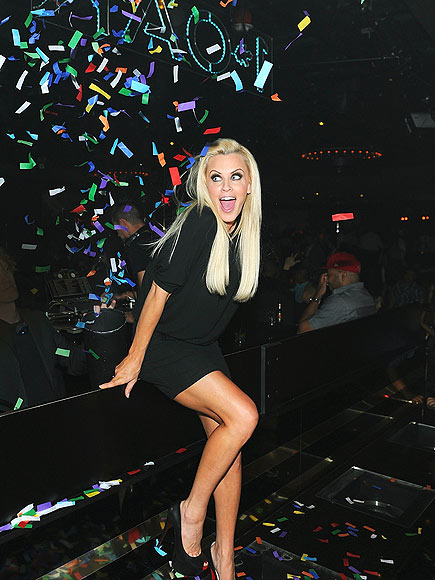 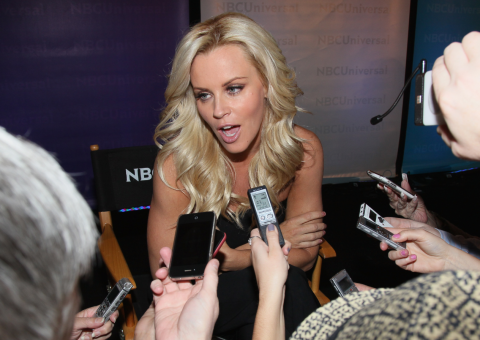 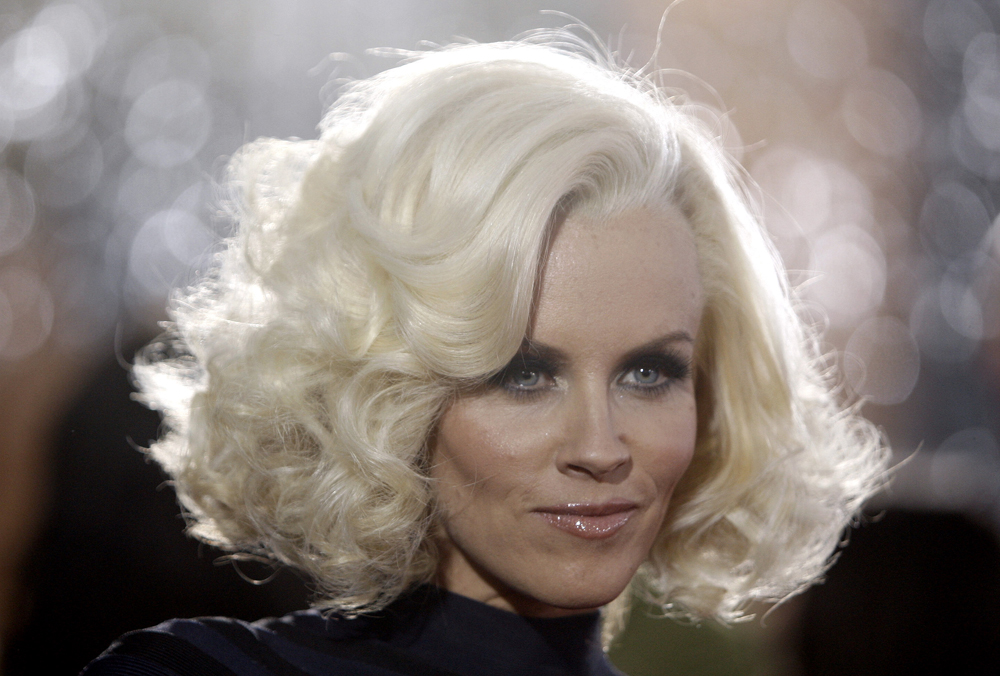 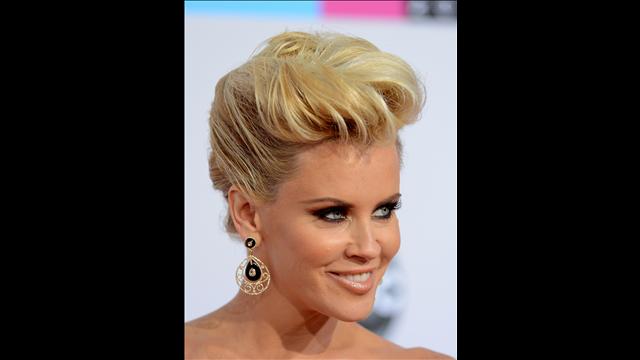 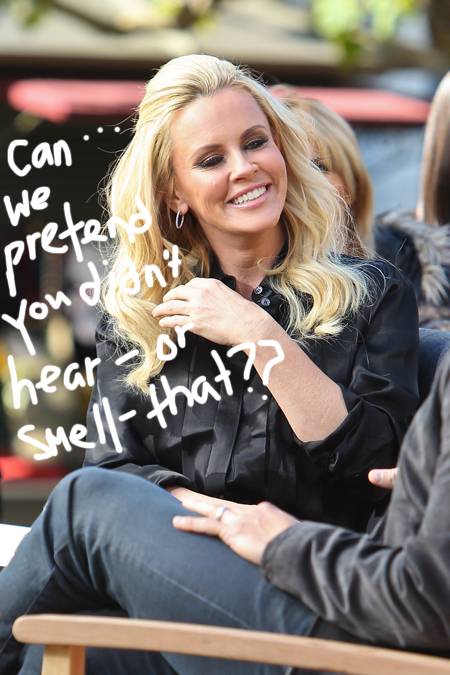 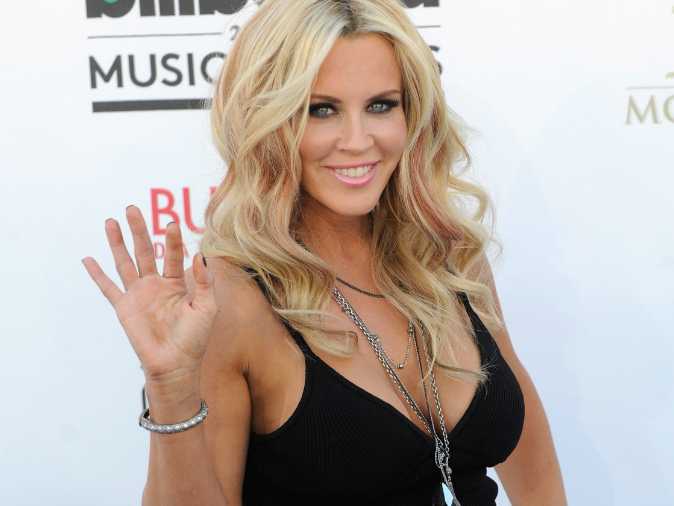 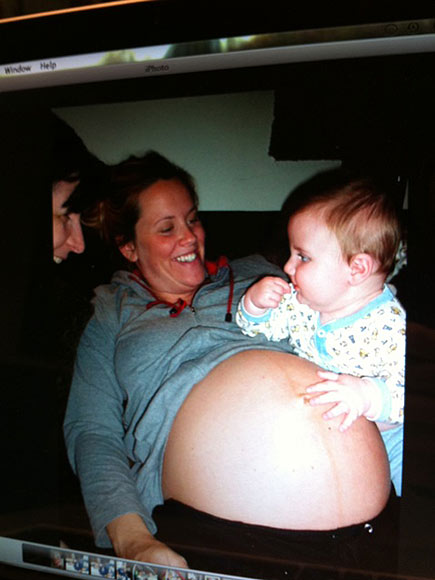 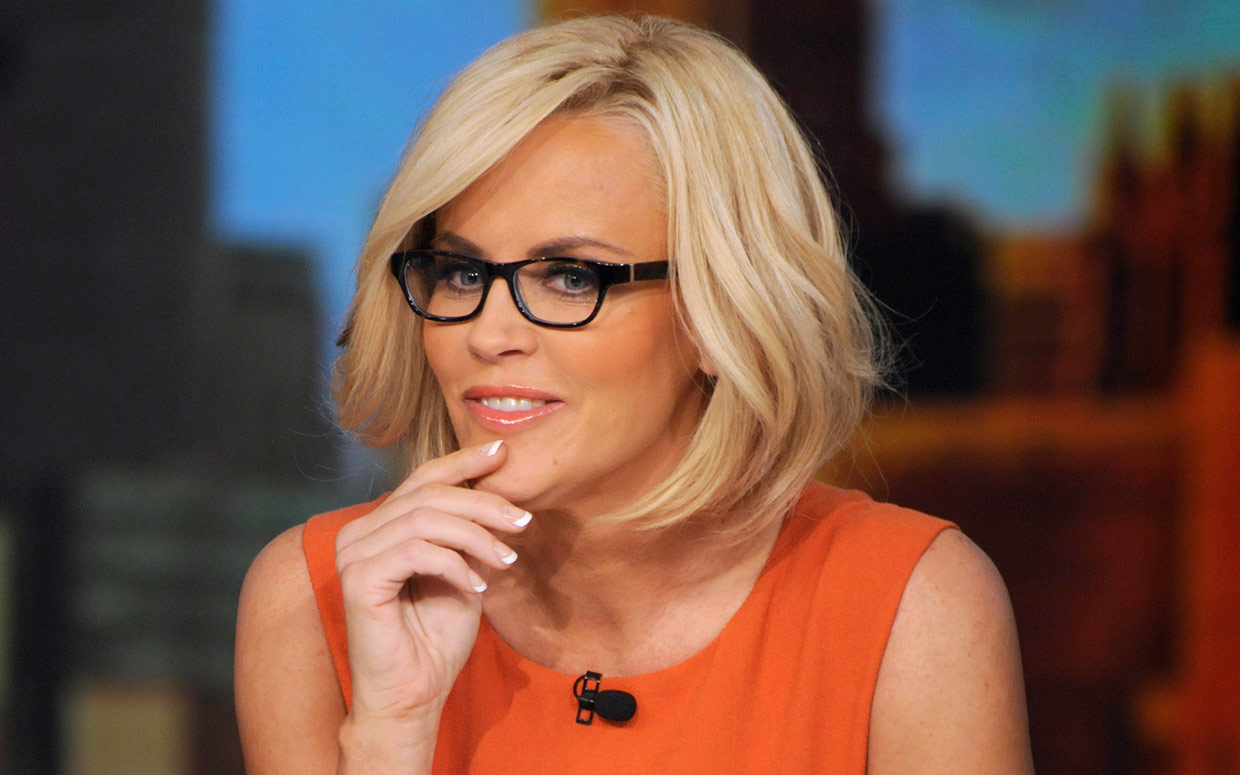 I usually have my protein at lunch and my carbs at night - I don't mix protein and carbs.

I'm not a sex symbol.

I'm the comedic girl next door and a lot of fun.

I'm the worst person to tell anybody how to date.

Kids will not listen to that. They're going to experiment no matter what, so you have to be honest.

Obviously, I'm not a trained actress, and right now I'll come out and say I'm glad I'm not.

So basically, I don't know what I'm talking about. But maybe I do.

When I travel, I like to take advantage of room service. I'm really into eggs Benedict in the morning.

When I was a little girl, rocking my little dolls, I remember thinking I would be the world's best mom, and so far I've done it.

You totally value and respect your body as you get older.

Information on how to heal autism and how to possibly delay vaccines or prevent autism shouldn't come from me. It should come from the medical establishment.

What is missing from today's dialogue is the effect autism is having on families, our society and what the unknown factors are. The 300lb. gorilla in the room is that our children with autism today will soon become adults with autism.

At one point, my house was a school for autistic children. I opened up my doors to about 30 kids and their families at the time. I was turning into Mary Poppins because I had to do something for these kids who have nowhere to go. So my house was the school for two years.

Google is one of the most incredible breakthroughs that we have today. Yes, it can scare a lot of patients, thinking we're all dying because we look up something on Google. But there's also a lot of anecdotal information from parents, firsthand accounts of what they did for their own child.

I guess now that I think back, I used to play priest and be a funny priest. I don't know, I grew up in such a Catholic family that I kind of liked to test the boundaries a little bit and I think I had fun watching my mom laugh.

I have my once-a-month nachos, but it's soy cheese and turkey chili on it, so it's somewhat safe. But it's still a big vice for me, because I have a big bowl of it.

It can be hard for the cute girl. I was blond, cute, broke. I was beat up. I was thrown inside lockers. I was burned with cigarettes. My hair was lit on fire.

People don't see this side of me. They don't know I read, like, 800 million spiritual books. Lately I am just really getting into a lot of spirituality.

The one thing I like about 'Playboy' is they don't have the anorexic look. The women are voluptuous. So I didn't really want to diet. I just wanted to tone up.

When I first went public with my son Evan's story, I just planned to talk about the 'R' word - Recovery. But soon I was spending most my time talking about the 'V' word - vaccines.

Why do other first world countries give children so many fewer vaccines than we do? Vaccines save lives, but might be harming some children. Is moderation such a terrible idea?

Tags: Children, Give, Why

Hope is the greatest thing for moms of autism. Hope is what gets us out of bed in the morning. I'm on a mission to tell parents that there is a way.

Much more quotes by Jenny McCarthy below the page.

Having a child makes you realize the importance of life - narcissism goes out the window. Heaven on earth is looking at my little boy. The minute he was born, I knew if I never did anything other than being a mom, I'd be fine.

I wished to God the doctor had handed me a pamphlet that said, 'Hey, sorry about the autism, but here's a step-by-step list on what to do next.' But doctors don't do that. They say 'sorry' and move you along.

Why should 20-year-olds only be considered sexy? I think we get better with age.

My philosophy of dating is to just fart right away.

I'm not as hard on myself anymore. I'm comfortable exactly where I am, though it took me until I was 34 years old! I still have things I'm really insecure about, but I've changed by loving me - C-section scars, stretch marks, and all.

We can either continue to collectively stand on the sidelines and debate what is causing autism and if it is an epidemic or we can get on the field and start addressing the real problem - a generation of children with autism. We are not focusing enough on prevention, treatments and support services.

I'm free of stress and worries now because if I don't like something I'm doing, I just find the fun in it instead of being miserable. Let me have fun with the people I work with, let me have fun making money - when I grew up so poor, ya know?

Those outside of autism need to understand this is an epidemic and we need more government funding, insurance coverage and education reform.

If you give us a safe vaccine, we'll use it. It shouldn't be polio versus autism.

Parents of recovered children, and I've met hundreds, all share the same experience of doubters and deniers telling us our child must have never even had autism or that the recovery was simply nature's course. We all know better, and frankly we're too busy helping other parents to really care.

Corner one of the hundreds of doctors who specialize in autism recovery, and they'll tell you stories of dozens of kids in their practice who no longer have autism. Ask them to speak to the press and they'll run for the door. They know better.

I know children regress after vaccination because it happened to my own son. Why aren't there any tests out there on the safety of how vaccines are administered in the real world, six at a time? Why have only two of the 36 shots our kids receive been looked at for their relationship to autism?

It's absolutely imperative for the parents and the typical kids to have time by themselves, to go out to dinner or even go on vacation while someone else cares for the autistic child.

The idea that vaccines are a primary cause of autism is not as crackpot as some might wish. Autism's 60-fold rise in 30 years matches a tripling of the U.S. vaccine schedule.

Without intervention today, the cost of care for adults with autism will be significantly greater and the burden will no longer lie with the parents, but on our entire society.

I did want to acknowledge and confirm the fact that my son does, indeed, have an autism diagnosis.

If you ask 99.9 percent of parents who have children with autism if we'd rather have the measles versus autism, we'd sign up for the measles.

You don't need a pickup line. Just glance at a woman from across the room. Glance - don't stare.

I can't even begin to tell you how many casting couches I was attacked on. Not just by casting people, but by stars.

I didn't have to work out before 35 but now I have to.

I do believe sadly it's going to take some diseases coming back to realize that we need to change and develop vaccines that are safe.

I don't really go out much at all. But there are times when I'm like, 'I gotta get out.' Then we go to Vegas, and we'll gamble.

I figured out something spiritual. Billboard this: 'Life is supposed to be fun!'

Once a person has killed other people on behalf of an ideology, he becomes rather devoted to it.

Tags: Ideology, Once, Rather

Slogans rarely convince the unconvinced. However, they do rally the troops already on your side.

Tags: However, Rarely, Side

When I see a slippery slope, my instinct is to build a terrace.

Both politicians and journalists face situations which strain their honesty and humanity. My opinion is that politicians on the average stand up somewhat better than journalists.

Don't try to talk anyone out of concentrating his hatred on Ayn Rand or any other dead person. It can't harm the dead. Diverted to a living person, it might actually do harm.

Of course, Third World leaders love you. By ascribing third world ills to First World sins, you absolve them of blame for their countries' failure to advance.

We modern Marxists regard socialism as a historically brief transitional stage between feudalism and capitalism, necessary only in backward countries.

Honor among thieves is the ancestor of all honor.

Foolishness is rarely a matter of lack of intelligence or even lack of information.

Inside of many liberals is a fascist struggling to get out.

When thugs by nature meet thugs by political conviction, 5-0 is not surprising.

There is only one thing more harmful to society than an elected official forgetting the promises he made in order to get elected; that's when he doesn't forget them.

A declining institution often experiences survival of the unfittest.

A true intellectual is a man who, after reading a book and being convinced by its arguments, will shoot someone or, more likely, order someone shot.

Amateur bureaucrats are often even worse than professional bureaucrats.

An excessive knowledge of Marxism is a sign of a misspent youth.

An extreme optimist is a man who believes that humanity will probably survive even if it doesn't take his advice.

Committing genocide on behalf of an institution generates greater loyalty to it than merely getting people fired from their jobs on its behalf.

Compassion is contempt with a human face.

His ambition is to be the spider in the World Wide Web.

If a person can be said to have the wrong attitude, there is no need to pay attention to his arguments.

Language is froth on the surface of thought.

My hobby of not attending meetings about recycling saves more energy than your hobby of recycling.

My opinion is that he's a swindler and you're a sucker.