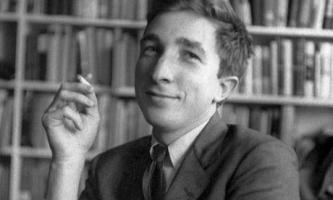 See the gallery for quotes by John Updike. You can to use those 8 images of quotes as a desktop wallpapers. 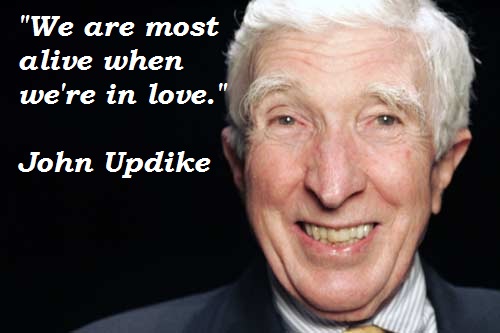 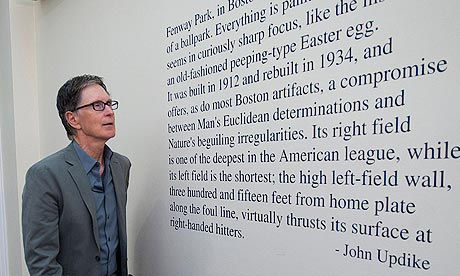 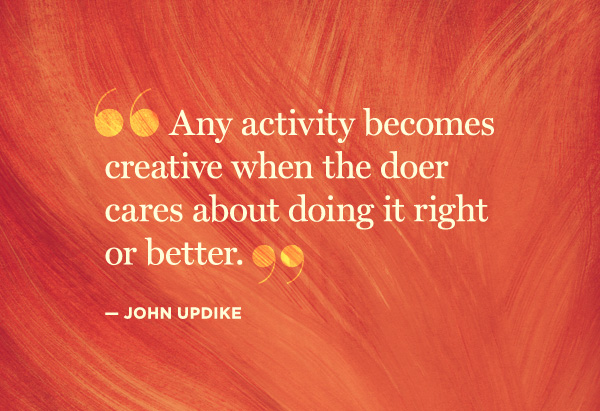 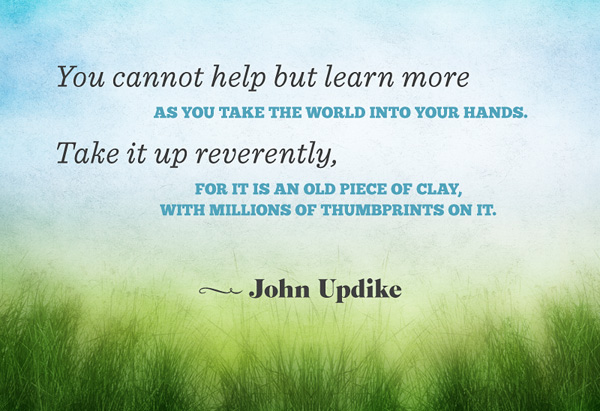 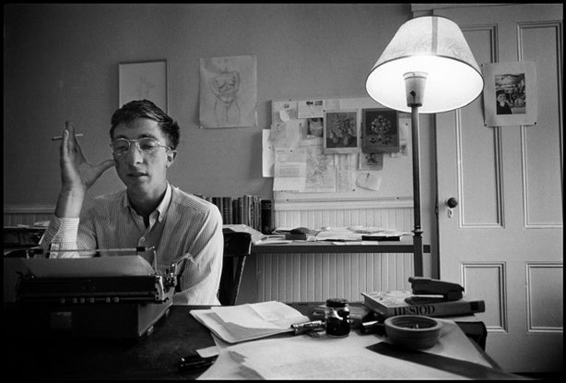 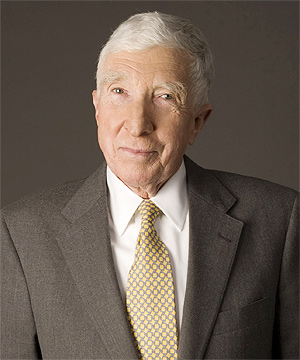 Any activity becomes creative when the doer cares about doing it right or better.

Art is like baby shoes. When you coat them with gold, they can no longer be worn.

But for a few phrases from his letters and an odd line or two of his verse, the poet walks gagged through his own biography.

Every marriage tends to consist of an aristocrat and a peasant. Of a teacher and a learner.

Existence itself does not feel horrible; it feels like an ecstasy, rather, which we have only to be still to experience.

For male and female alike, the bodies of the other sex are messages signaling what we must do, they are glowing signifiers of our own necessities.

Four years was enough of Harvard. I still had a lot to learn, but had been given the liberating notion that now I could teach myself.

From infancy on, we are all spies; the shame is not this but that the secrets to be discovered are so paltry and few.

Government is either organized benevolence or organized madness; its peculiar magnitude permits no shading.

I love my government not least for the extent to which it leaves me alone.

Inspiration arrives as a packet of material to be delivered.

Most of American life consists of driving somewhere and then returning home, wondering why the hell you went.

Now that I am sixty, I see why the idea of elder wisdom has passed from currency.

That a marriage ends is less than ideal; but all things end under heaven, and if temporality is held to be invalidating, then nothing real succeeds.

The inner spaces that a good story lets us enter are the old apartments of religion.

There is no pleasing New Englanders, my dear, their soil is all rocks and their hearts are bloodless absolutes.

There's a crystallization that goes on in a poem which the young man can bring off, but which the middle-aged man can't.

Until the 20th century it was generally assumed that a writer had said what he had to say in his works.

We take our bearings, daily, from others. To be sane is, to a great extent, to be sociable.

A narrative is like a room on whose walls a number of false doors have been painted; while within the narrative, we have many apparent choices of exit, but when the author leads us to one particular door, we know it is the right one because it opens.

Tags: Door, While, Within

Each morning my characters greet me with misty faces willing, though chilled, to muster for another day's progress through the dazzling quicksand the marsh of blank paper.

The Founding Fathers in their wisdom decided that children were an unnatural strain on parents. So they provided jails called schools, equipped with tortures called an education.

The refusal to rest content, the willingness to risk excess on behalf of one's obsessions, is what distinguishes artists from entertainers, and what makes some artists adventurers on behalf of us all.

Rain is grace; rain is the sky descending to the earth; without rain, there would be no life.

What art offers is space - a certain breathing room for the spirit.

Much more quotes by John Updike below the page.

We are most alive when we're in love.

Creativity is merely a plus name for regular activity. Any activity becomes creative when the doer cares about doing it right, or better.

Writing criticism is to writing fiction and poetry as hugging the shore is to sailing in the open sea.

To be President of the United States, sir, is to act as advocate for a blind, venomous, and ungrateful client.

We do survive every moment, after all, except the last one.

A leader is one who, out of madness or goodness, volunteers to take upon himself the woe of the people. There are few men so foolish, hence the erratic quality of leadership in the world.

A healthy male adult bore consumes each year one and a half times his own weight in other people's patience.

The essential support and encouragement comes from within, arising out of the mad notion that your society needs to know what only you can tell it.

Truth should not be forced; it should simply manifest itself, like a woman who has in her privacy reflected and coolly decided to bestow herself upon a certain man.

Golf appeals to the idiot in us and the child. Just how childlike golf players become is proven by their frequent inability to count past five.

An affair wants to spill, to share its glory with the world. No act is so private it does not seek applause.

By the time a partnership dissolves, it has dissolved.

Being naked approaches being revolutionary; going barefoot is mere populism.

Dreams come true; without that possibility, nature would not incite us to have them.

Sex is like money; only too much is enough.

Customs and convictions change; respectable people are the last to know, or to admit, the change, and the ones most offended by fresh reflections of the facts in the mirror of art.

If men do not keep on speaking terms with children, they cease to be men, and become merely machines for eating and for earning money.

Religion enables us to ignore nothingness and get on with the jobs of life.

The essential self is innocent, and when it tastes its own innocence knows that it lives for ever.

The first breath of adultery is the freest; after it, constraints aping marriage develop.

When I write, I aim in my mind not toward New York but toward a vague spot a little to the east of Kansas.

America is a vast conspiracy to make you happy.

Americans have been conditioned to respect newness, whatever it costs them.