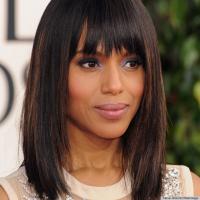 See the gallery for quotes by Kerry Washington. You can to use those 8 images of quotes as a desktop wallpapers. 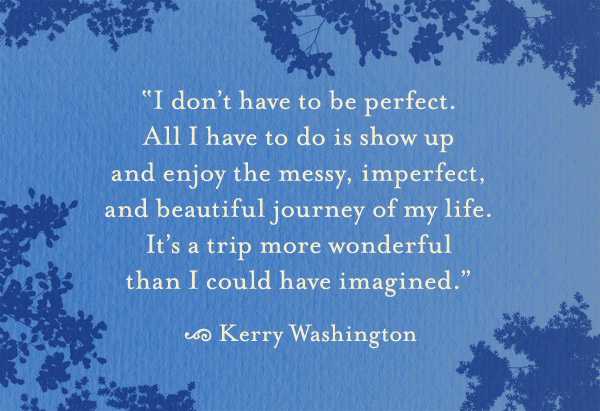 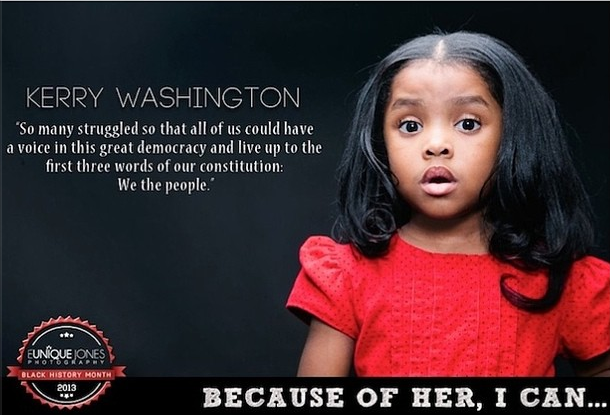 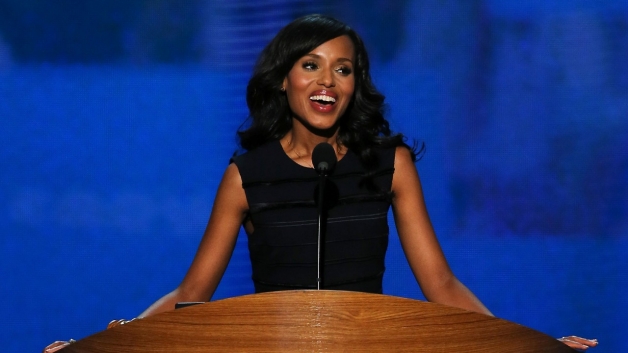 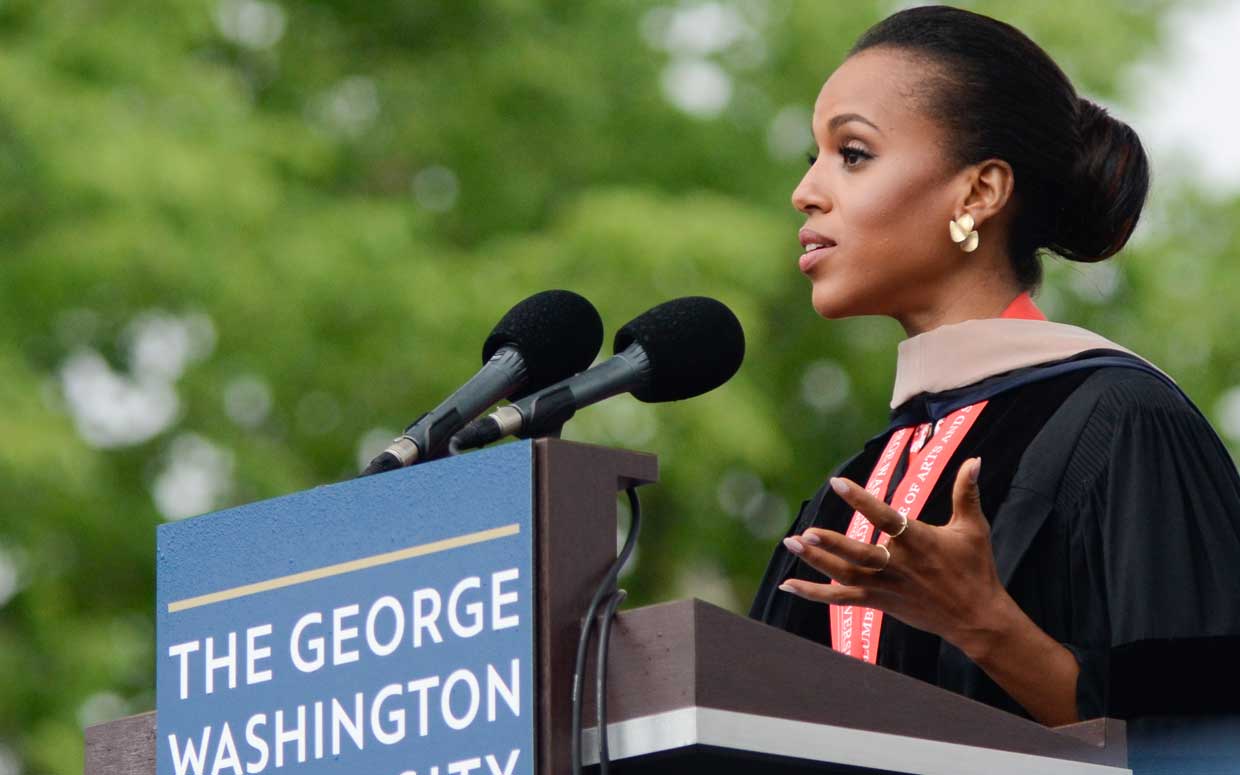 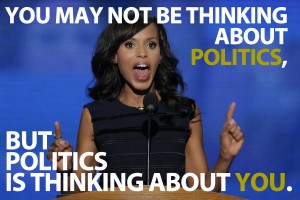 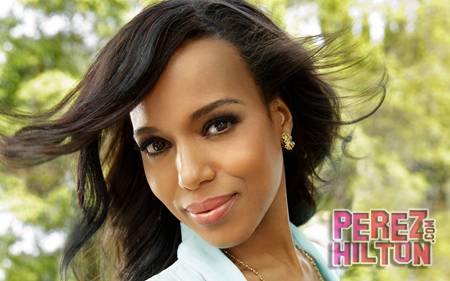 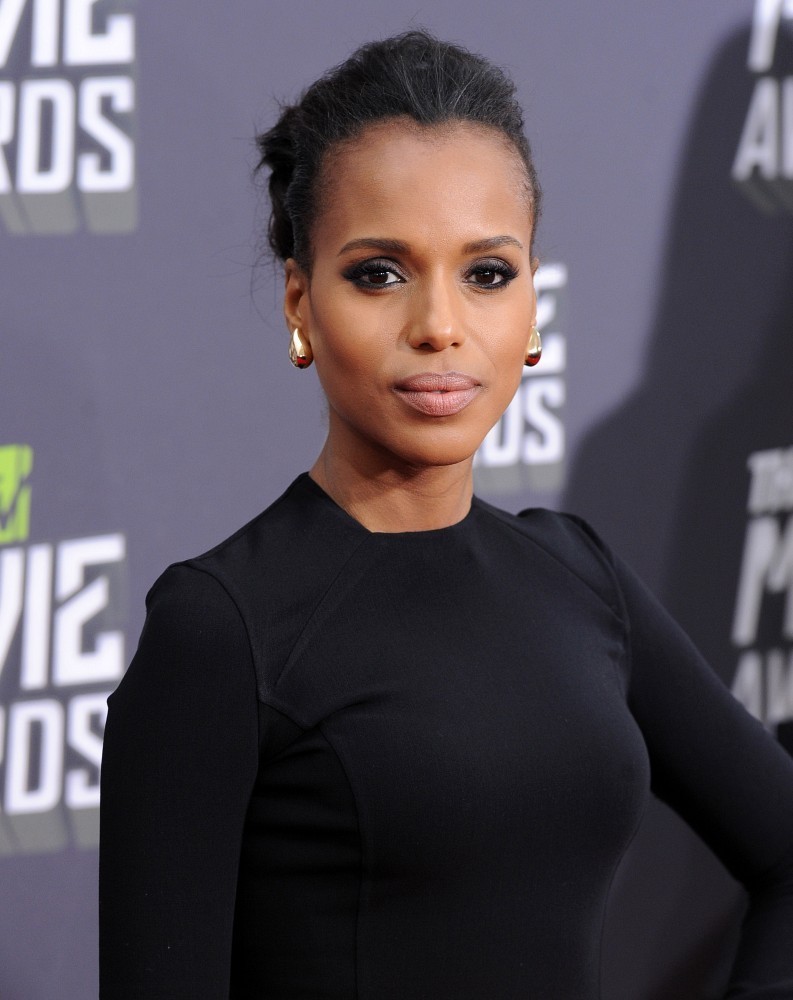 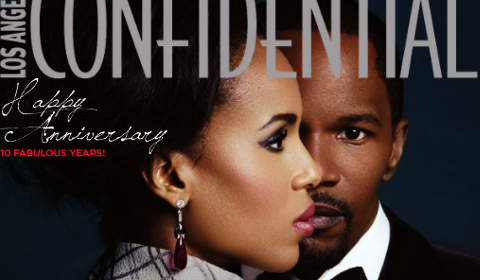 People don't think about the fact that when Barack Obama's parents had him - it was illegal for them to be married in several states in this country. So if we start making it okay that certain people can marry and other people can't, it's a slippery slope of civil rights. Who knows who is going to be allowed to marry or not marry next.

Today there are people trying to take away rights that our mothers, grandmothers and great-grandmothers fought for: our right to vote, our right to choose, affordable quality education, equal pay, access to health care. We the people can't let that happen.

I come from the theater and I plan to always do theater. So I don't really see myself not being able to act even if people don't think I am sexy enough for film at 40, I'll still be acting.

I think sometimes in life we want to ignore the problems of society and just think about the good. I believe in positive thinking and affirmative living, I also think it's really important to remember all of our disenfranchised members of society.

I really love research. It's one of the things I love most about my job. I feel like it's me in the lab cooking up the character.

You see the transformation that the arts have on young people. It changes their lives for the better. That's where my engagement is.

I wouldn't just come home from school and watch TV everyday, they had me involved in lots of local theatre. I was a very dramatic, talkative child. And that was part of my mother's creative solution - to put me in workshops and classes and children's theatre programmes.

So many struggled so that all of us could have a voice in this great democracy and live up to the first three words of our constitution: We the people. I love that phrase so much. Throughout our country's history, we've expanded the meaning of that phrase to include more and more of us. That's what it means to move forward.

As a young girl, my real dream was to be the woman in the shows at SeaWorld.

I always prided myself on the fact that I could live out of milk crates forever. It was kind of my way of detaching from materialism.

I grew up in New York, so I fell in love with acting on a stage, not in front of a camera.

I think generalizations of any sort are dangerous. I'll say, if that is the case - right now it's an American issue.

That's what acting is - it's about... having the courage to allow your audience into the private moments of your characters' lives.

About a year ago I got really exhausted from reading bad scripts and I know that I am a writer and that I have stories to tell, so I thought, 'Let's do this!' So I'm co-writing a screenplay now with another screenwriter and loving it. Absolutely loving it. And I would like to be the producer on the project and of course the lead is me.

Every actor you work with has a different method, same with the director. You have to figure out what your shared language is and how to best support each other, and also take care of yourself.

I am co-writing a screenplay now and I'm working on the rights to another story I want to do. So I plan to produce and direct. So, for me, I don't really feel that I am vulnerable to that sad baggage that comes with the business of filmmaking.

I don't think I'm even close to fulfilling my potential. And I think also that, unlike a pianist or a flutist, an actor has an instrument that is constantly changing.

I feel like any single woman of color who's been onstage has a Shakespeare monologue in her back pocket, and a monologue from 'For Colored Girls.' It's just part of what you should have, as a woman of color.

I think as a whole America is dealing with the issue of homophobia. We got to be really honest about whether we believe in civil rights for all people or not. As Black people we need to remember the moment that we say it's okay to disenfranchise one segment of society, we're opening the door to move backward on ourselves.

I'm doing this play right now, the new David Mamet play. It's called 'Race,' and it's very interesting how people really leave the theater filled with the desire to talk about the play and the issues and the characters, and how they're all navigating their personal views around race.

I'm here not just as an actress but as a woman, an African-American, a granddaughter of Ellis Island immigrants, a person who could not have afforded college without the help of student loans and as one of millions of volunteers working to re-elect President Obama!

Much more quotes by Kerry Washington below the page.

Making the unbelievable believable is different on a set with 'Fantastic Four,' where it's like, 'Wind machines! Because the airship is coming in and you're pretending to be afraid!'